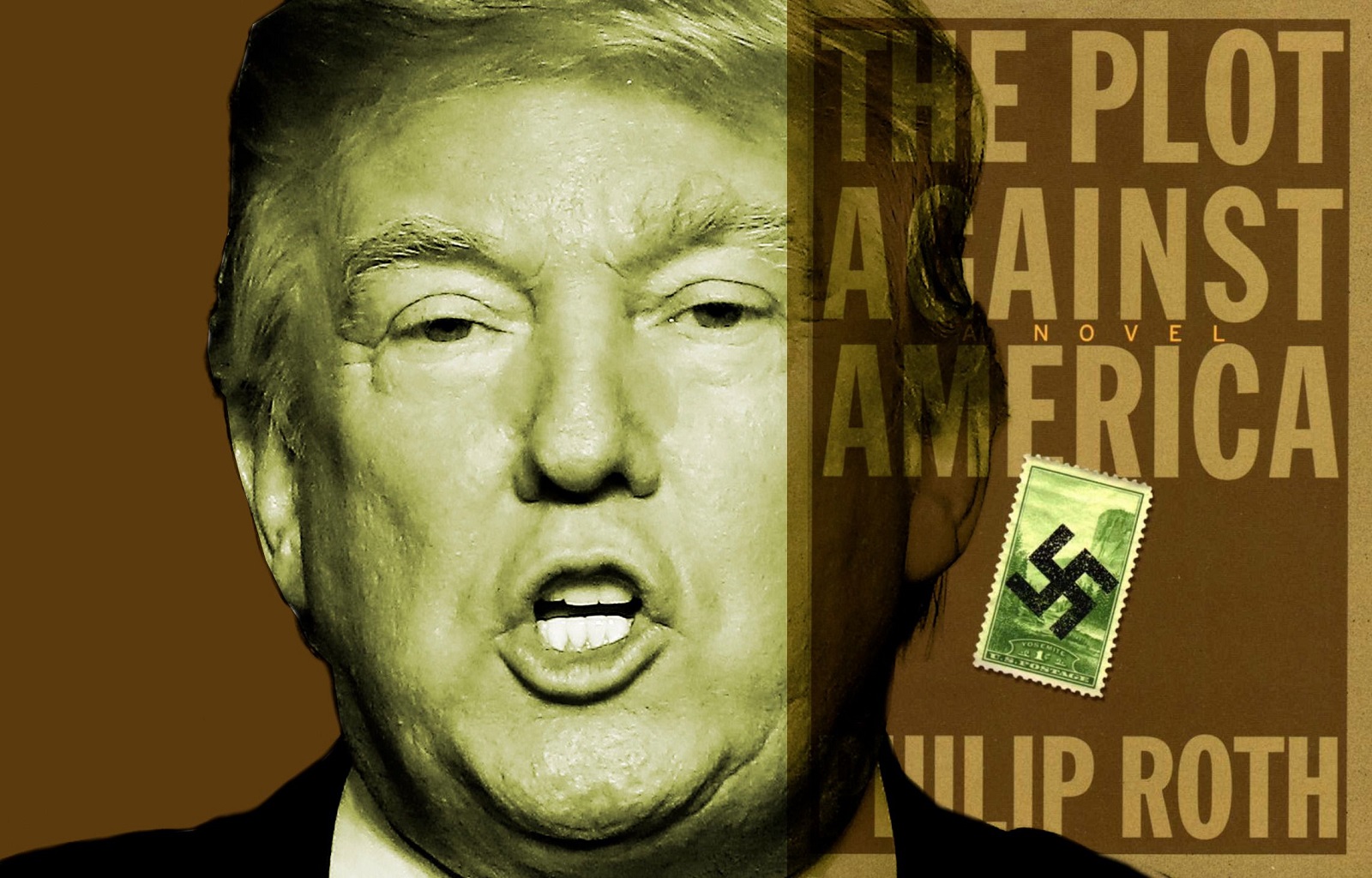 Fiction and All Too Real: Philip Roth’s The Plot Against America

Philip Roth’s The Plot Against America seemed pretty poignant upon its 2004 release, but even the National Book Award and Pulitzer Prize-winning author himself probably didn’t imagine how poignant it would get in 2017.

“For those of you who think that the lefties and progressives have gone a little nuts over the whole fascist-Trump thing, The Plot Against America should be your wakeup call that it doesn’t take much more than a popular figure spouting off ‘purifying’ nationalist parlance for our political landscape to quake violently.”

For those of you who think that the lefties and progressives have gone a little nuts over the whole fascist-Trump thing, The Plot Against America should be your wakeup call that it doesn’t take much more than a popular figure spouting off “purifying” nationalist parlance for our political landscape to quake violently.

The alternative-history novel, every bit as beautifully written as some of Roth’s other great works – Portnoy’s Complaint, American Pastoral, The Human Stain – tells the story of Philip Roth’s re-imagined own childhood growing up in pre-WWII Newark, New Jersey, which stays pre-war for a while longer than Roosevelt’s America, as this alternative America, led by isolationist and Nazi sympathizer Charles A. Lindbergh, stays out of the war, choosing not to assist the Brits, or more specifically, the Jews.

Yes, that Lindbergh, the world-famous aviator, the first to fly a transatlantic solo flight when he piloted his “Spirit of St. Louis” Ryan monoplane from New York to Paris in 1927; the very one who became even more famous, infamously so, when his infant son, Charles Jr., was kidnapped and murdered, sparking the “Trial of Century,” and causing the Lindberghs to flea America’s media circus and take refuge in Europe. There they stayed till 1939, when Lindbergh came home to lend his vocal support for the America First Committee, who didn’t even believe in monetarily supporting Britain’s war against Nazi Germany.

So far, all of that is Wikipedia-verified fact. Somewhere in the gray area is how much of a Nazi Lindbergh really was, but the alternative storyline of The Plot Against America doesn’t paint a pretty picture. It picks up when Lindbergh returns home, and quickly rises in power, enough to unseat the venerable Roosevelt, and more than enough to throw Roth’s adolescent upbringing in his mostly-Jewish and generally idyllic Weequahic neighborhood into shambles. Lindbergh’s rise to power emboldens the Antisemites of America, and their encroaching rage is felt little by little by young Philip and his family, as their threat becomes more and more real, and hits closer and closer to home.

It’s all so subtle the only way to really appreciate how well the book works is to read every last morsel of it. Page by page, Roth recounts all his minuscule memories of childhood, all those fears of the unknown big-bad world, and then throws the imaginative gasoline of organized Antisemitism on top. And you believe every last word of it. Terrifying stuff in post-fact world, where bravado and bluster and finger-pointing is the language of the land, and no one can be sure who will be the next target.