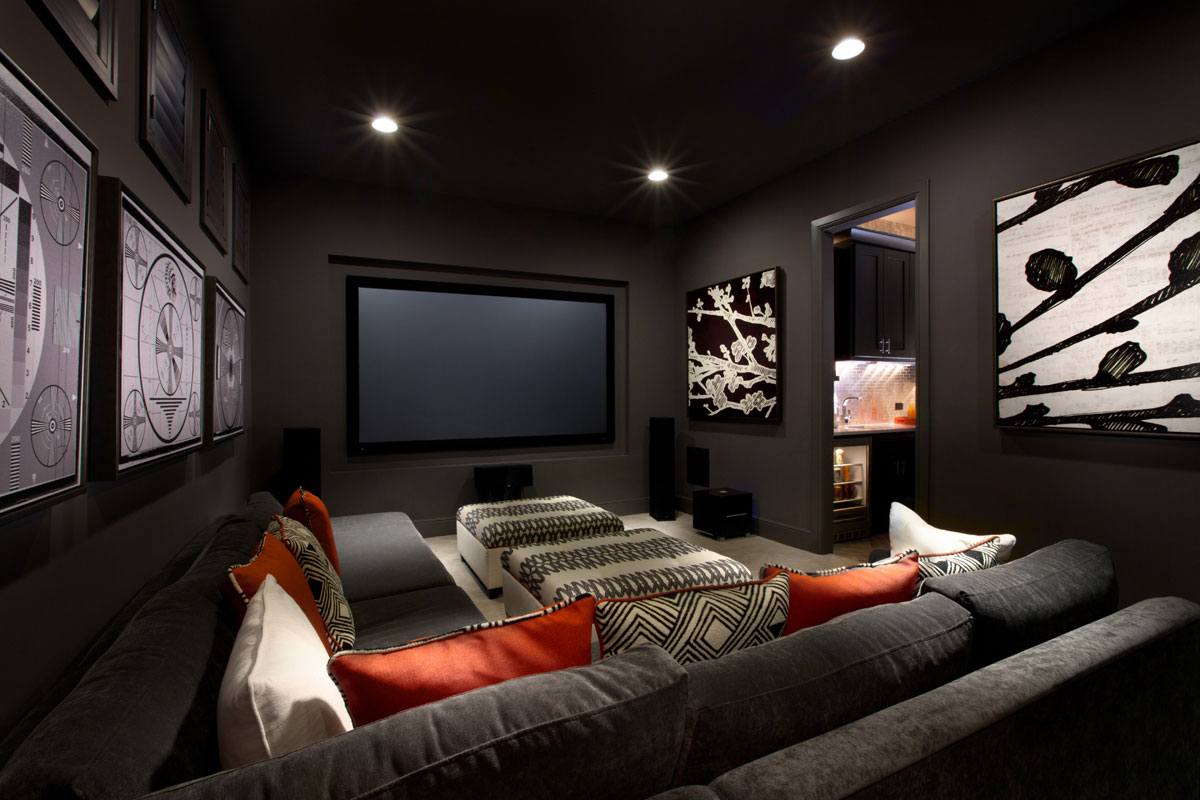 Creating a Home Theater in Tight Spaces: Part One

I grew up with a home theater system and I think it ruined me forever. No TV is big enough and no sound system surrounds enough.

“Whether I’m playing Super Smash Bros (N64 of course) or watching a movie in my room, projectors have always been the superior television option in my opinion.”

While in college, I bought a projector and have never looked back. Whether I’m playing Super Smash Bros (N64 of course) or watching a movie in my room, projectors have always been the superior television option in my opinion.

Which brings us to now. I live on the third floor of a house in Philadelphia with a bedroom, bath, and study to myself. Working full-time at Car-Tel Communications means I can finally afford to attempt a true home theater system rather than the hodgepodge Craigslist setup I used previously. Only one problem, the study is 10ft x 20ft and I can’t use the longer side since I want to keep my desk and easel up there. So I need to figure out how to wire a 5.1 channel speaker system to a projector that throws to fill a 84″ drop down screen in under 10 feet. And I need to fill the space with furniture, that too.

Furniture and speakers came first. I was tempted to order the projector and screen, but thought it better to be comfortable and screen-less than cross legged on my wood floor. I ordered a loveseat and a rug and was gifted a glass coffee table from my roommate’s grandmother (RIP Barbara). So with the room accessories taken care of I was able to focus on my master tech plans.

Being fully immersed in sound is important to me. Whatever I am doing, I want to have sound directed at me from all corners of the room. That means that a simple sound bar or 2.1 stereo system (where the .1 stands for the sub woofer, which I did not know until fairly deep into my speaker research) just won’t do. I needed a 5.1 system that I could mount and wire myself but didn’t take my budget and Judo-Chop it in the neck.

After hours of research and way too many amazon reviews, I went with the Onkyo HT-S3700, a 5.1 home theater speaker and receiver all in one as well as two 100ft rolls of 14-gauge speaker wire from MediaBridge.

In this instance and with the help of Captain Hindsight, buying 14-gauge speaker wire was downright stupid. I had to trim the copper wires down to fit it into the L-R ports in the receiver! Which is extremely counterproductive when you buy the 14-gauge wire because it’s thicker (and thicker wire transmits signal better). So anyway, just buy the 16-18 gauge stuff; it’s half the price and easier to work with. Also, if you’re wiring along the baseboards of your room like I did, then do yourself a favor and double-down on how much wire you buy. Just for a small 10×10 space I used roughly 150ft of speaker wire! And when you run out mid-way to the receiver splicing two different speaker wire rolls together is a headache.

Once wired, the speakers and receiver worked flawlessly. With Bluetooth connectivity, 5 HDMI inputs, and even an L-R-Video input for my beloved Nintendo, I could not have asked for anything more. Receivers like the one that comes with this 6-piece speaker set can cost anywhere from $150-$300 dollars by themselves; which is why I am so impressed with the pricing for the Onkyo HT-S3700. I was disappointed, however, to find that Bluetooth connections only transmit 2.1 sound (stereo) rather than full surround sound (5.1), but that is no fault of the Onkyo system.

Next up is the projector and drop-down screen, which had to wait due to financial constraints (AKA they cost a little more than I was expecting.)