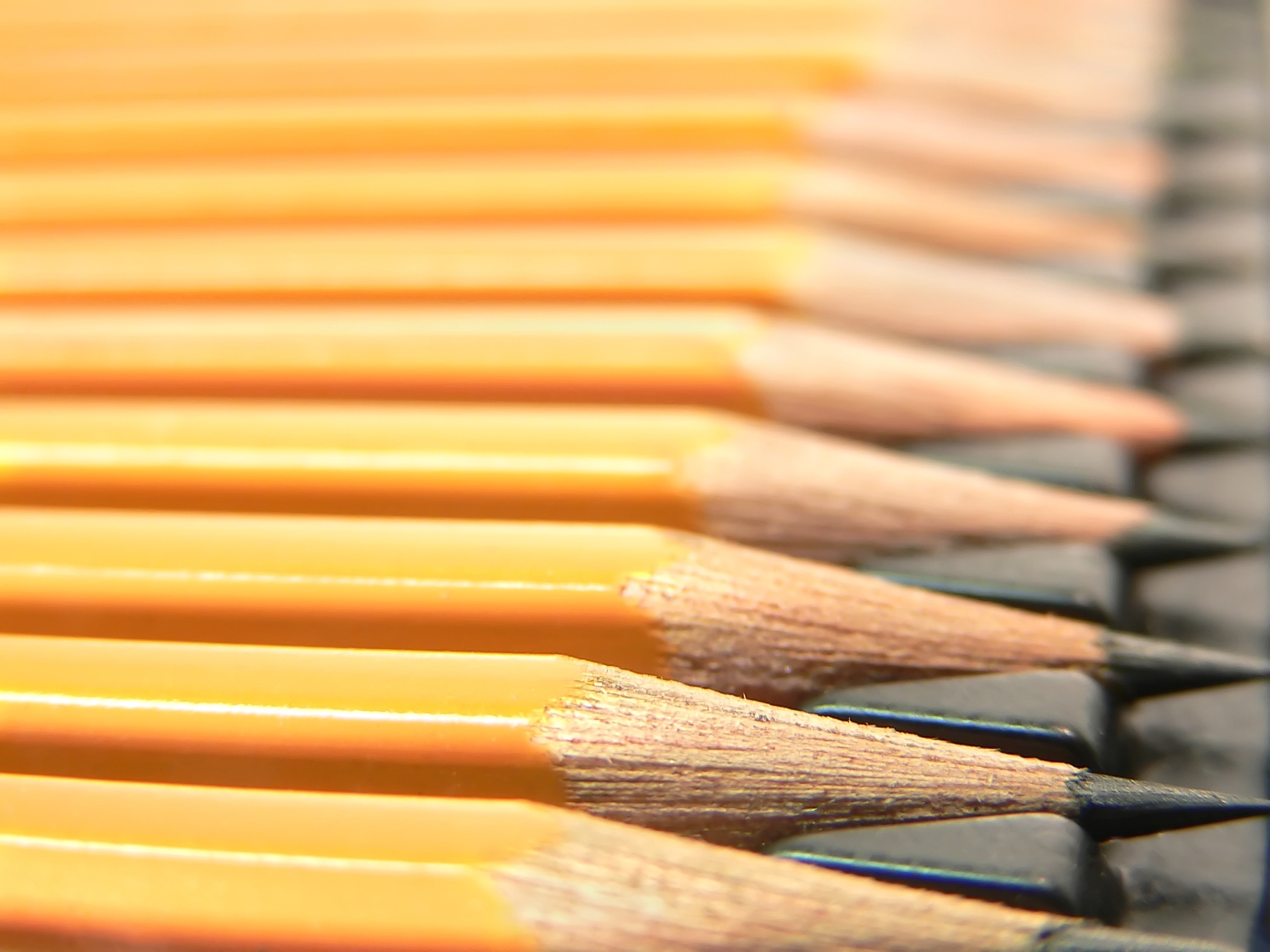 What the hell happened to the #1 pencil?

Today’s story comes to you at great cost. Many Bothan’s died to bring us this information. But it is a tale that needs to be told, for the good of all those who hear it. Be warned, you will forever be a different person upon reading this – kinda the ultimate Spoiler Warning right there…

#2 Pencils – like bad metaphors they are everywhere. Odds are they are all you’ve ever used. But why? Why this writing instrument hegemony? How did the #2 pencil establish its monarchy, and what the hell happened to the #1 pencil? I set out to find the answers, and it almost drove me to madness.

In the 1846, Johann Burm  was an aspiring woodsmith struggling to mark his work before making his cuts. So on a slow day between making nightstands and battleships, Johann and his assistant Peter Longfellow started to experiment with ways of impregnating alder wood with soft graphite. Before long, they had a rough concept of what we would know today as a pencil. But there was turmoil in woodshop. Peter believed the graphite should be soft enough to easily mark paper and sharpened with a small razor. Johann, being of proud Germanic stock, knew that this new implement would be used by real men doing real work. Thus, the material should be hard like their lives, require strength to make a decent mark, and should only be sharpened by a good stabbing knife. This is what he had come to America for, and he’d be damned if his writing instrument was going to be as weak as a lily-white Prussian.

Betrayal is never a kind business, but Peter’s split with Johann was an especially sordid affair. With the rift over graphite hardness growing every day, Johann expelled his apprentice from the shop while cursing his family to darkness and dispair. Not content to simply un-employ his former student, Mr Burm went to extraordinary lengths to ruin Peter. There are rumors of dead dogs hurled through windows, of slandered wives and unreturned Christmas cards. Longfellow was hardly guiltless in this escapade either. He is said to have covered Johann’s horse in blue paint – a slur which at the time cast doubt on Johann’s sexuality and ability to sire children. There is also the curious matter of fire brigades being sent to the workshop every week for the next 2 months on some pretense or another.

Despite all the backbiting, or perhaps because of it, the two estranged partners each founded rival pencil companies during this time. Johann’s Majestic Implements Concern produced his extremely masculine #1 pencil – the number being a reference to it’s unrivaled excellence. Not without his wicked British sense of humor, Peter Longfellow’s Ace Pencil Company happily named their pencil the #2, but insinuated that it’s higher number was a sign that it was a further development and refinement of the barbaric #1. For years, the two men battled it out in the courts, in the shops, and occasionally physically with each other. In the end, Peter would loose an ear during a knife fight with Johann, but Mr Burm would loose a finger, his business, and even his daughter to Peter’s wandering pencil. They never reconciled.

Today, all we know is the #2 pencil. Let it stand as a very portable and convenient monument to shafting your teachers, stealing their ideas (and daughters) and eventually leading them to die penniless in a gutter. This is truly the dream of every student and apprentice, and indeed the duty of every teacher. Happy writing.

This has been, in it’s entirety, a work of fiction. Pencils are graded on their hardness, and #2 is simply the best pencil for school/office use. Turns out pencil grading is utterly boring and the only way to make it interesting is to make stuff up. Go figure.