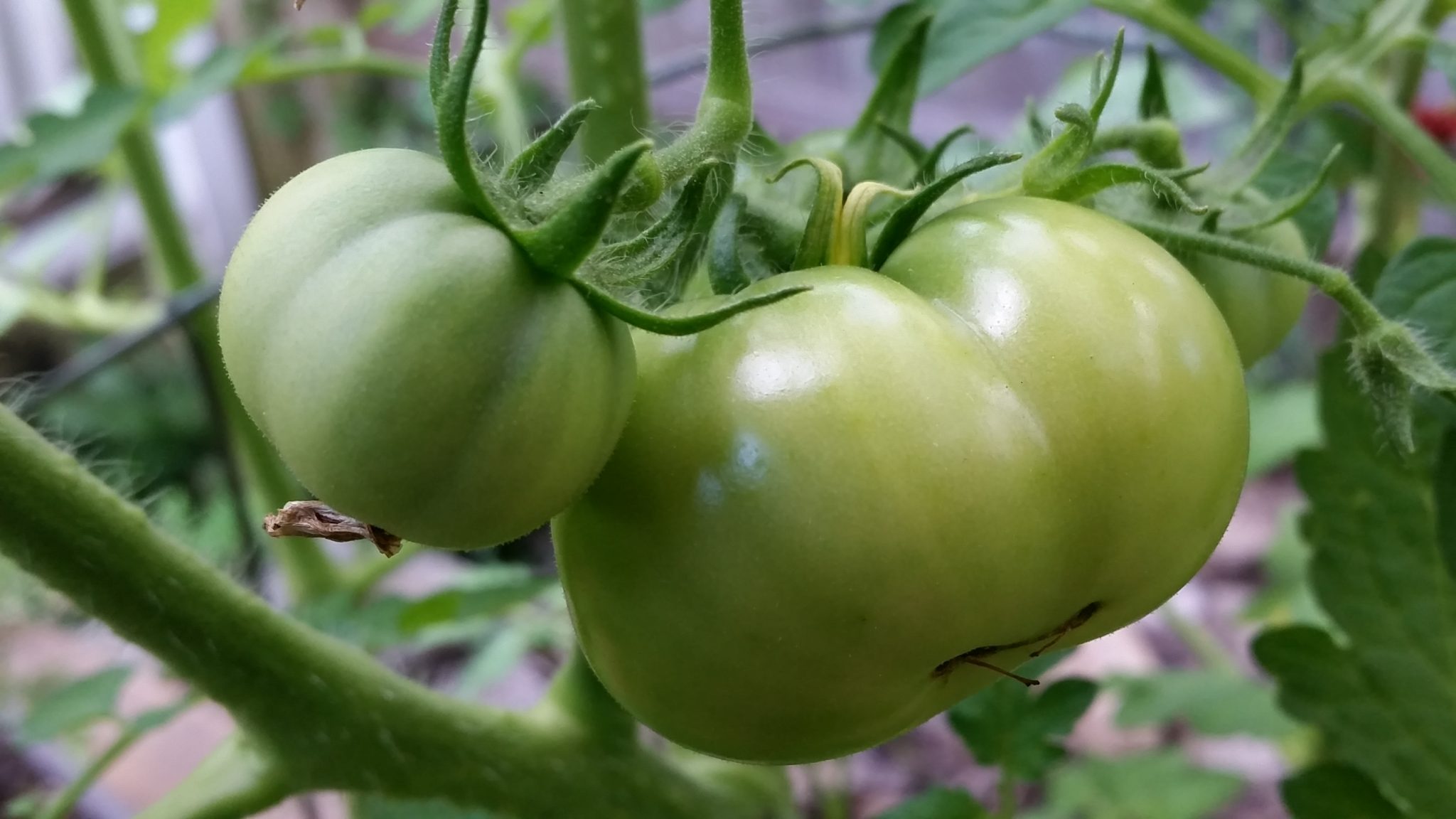 In January of this year I walked through a garden center and perused the vegetable seeds available. I was going to pick a few favorites: jalapeno peppers, basil, cilantro, and some ornamental flowers that I have a soft spot for. My ultimate goal was to pick an heirloom tomato variety.

But what the hell is an “heirloom tomato”, anyway?

Heirloom tomatoes are species at least 50 years old, grown in an era before tomatoes were shipped on continent-wide journeys. Tomatoes commonly purchased from a grocery store are an industrialized hybrid that contains tremendous toughness but little flavor. Ever eat a “fresh” tomato in January? Probably tasted like that paste we used in grade school.

Now, I’ve never liked tomatoes very much to begin with. Crazy, right? The only tomato I had ever eaten was a bland, industrialized imitation of food. All my life I pushed away those red devils, until I went to a friend’s bar-b-q two years ago. He insisted I try the tomatoes he grew himself, and eventually I relented.

Holy shit, that thing was delicious. My friend said it was an heirloom tomato, the kind of tomato our parents and grandparents ate and savored. It became my goal at the garden center to buy the right tomato to grow myself.

There’s an unequivocal satisfaction in growing your own food, and tomatoes are one of the tastiest and most rewarding crops to grow.

Nestled among that dozen or more varieties of tomato was a species named Box Car Willie. Breaking the advice my grade school librarian offered, I judged these tomato seeds entirely by their cover.

I dropped the tomato seeds into a growing cell packed with soil and propped them up onto my dining room table. That’s right; I sacrificed my morning and evening eating space for the betterment of tiny tomato seedlings. I bought five-gallon buckets from the local big-box hardware store and threw together a potting mix composition, then waited anxiously for the tiny seedlings to grow.

A few weeks later I saw the sprouts popping up. I transferred the seedlings into larger containers, then selected the best looking plants. Tomatoes need about 18 inches of wiggle room for proper root development, and a five-gallon bucket is the perfect sized container for this. I moved them into their new home.

I’ve been watching these plants grow ever since, observing their transformation from insignificant seedlings to five-foot-tall giants with clusters of soon-to-be-red fruit filling the spaces between leaves. There are a handful of things that satisfy a man’s heart, and paramount among them is to foster growth. People suggest adopting a shelter dog before having a child. I say, grow a vegetable from seed until harvest before getting the dog.

There’s no better choice than a Box Car Willie tomato to get started growing. It’s not too late in the season to buy already-formed plants, ready for transplant into a bigger home. All you need is some fresh air and access to sunlight.

And it’s an incredibly simple process. Growing a tomato from seed requires little more than a discarded egg carton to use as a seed tray, some soil, a few seeds, and a five-gallon bucket. Throw in a tomato cage or a simple stake and string to support the vines of the plant, and you’ve got yourself a tomato plant, partner.

At the end of the day, I find myself in a state of wonderment and joy watching these plants grow and prosper. This tomato I’ve grown, the Box Car Willie, has inspired an amazing experience in me, a cannonball-style entry into a pool of tomato-y fact and joy. If you’re feeling hesitant, recognize that at worst you’ll have tried something new, and potentially you could have some fresh-grown tomatoes in your summer meals.

While sipping bourbon and ginger ale, I wondered why the hell these tomatoes were named Box Car Willie. Minutes of Google internet searching later I discovered the disarmingly enjoyable music of Box Car Willie. If you aren’t going to grow tomatoes, then at least give this guy a listen.

I put him on the speakers while tending my tomatoes, a little bit of a homage to the man that inspired a tremendous plant.