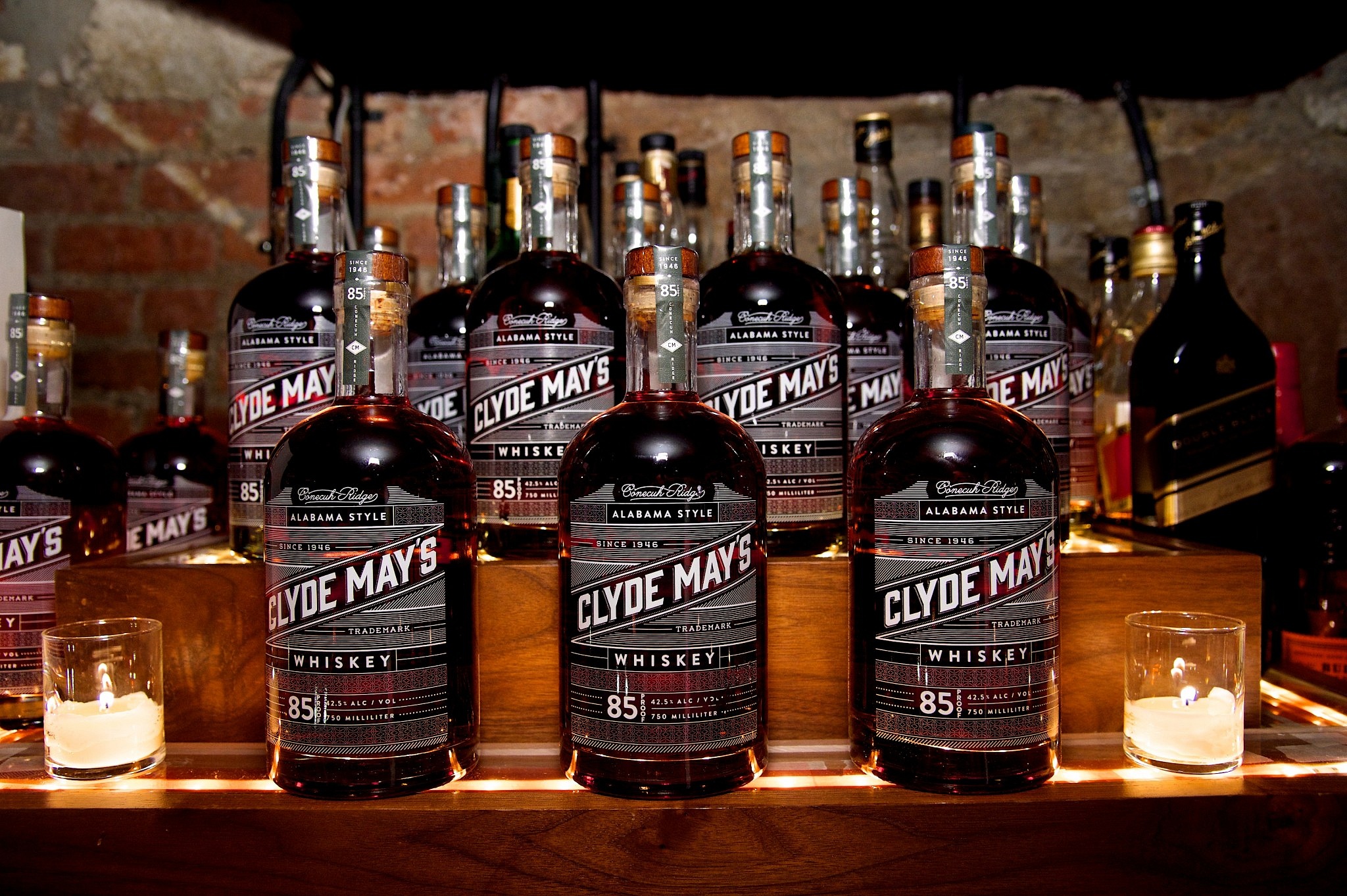 It’s no secret that alcohol has a way of bringing people together, from mead-halls of centuries past to your local bar. And it was the promise of whiskey based drinks that brought me together with Clyde May’s “Alabama Style” whiskey.

In a candlelit basement of a bar two Alabama based mixologists were mixing up various cocktails with the whiskey of the hour. The first of which I consumed was, “The Rickwood Classic.” What’s in it you ask? I couldn’t tell you at the time, couldn’t tell you as the night progressed and certainly couldn’t tell you now, but it involved a flaming orange peel and was delicious. Cocktail in hand the evening now became about meeting new people and fortunately enough the first person I spoke with was the chairman of Clyde Mays, James, who was able to tell me all about the brand’s storied history…

Clyde May was a moonshiner, not bootlegger, and James was quick to note the distinction: moonshiners made the liquor, bootleggers smuggled it. Some 70 years ago Clyde set up his first still in the hills of Alabama where he produced small batch whiskey and I say first because Johnny Law caught up with him, yet upon his release he was right back to making whiskey illegally. Because Clyde was making a strong moonshine he would add apples and spices to the batch to make the liquor less harsh, it was this which made it “Alabama Style.” When Clyde passed his son began producing the recipe, legally, and this led the brand to where it is today.

…I’d meet up again with James later as the night went on, but he had rounds to make and I had a refill to get. Though he left me with one last parting fact, “It won’t give you a hangover,” I politely laughed and accepted his challenge and hit the bar. This time I ordered on the rocks and now knowing to look for the notes of apple and cinnamon I was blown away by the taste. The apple smell is quite strong on the nose, but doesn’t transfer to the tongue and instead just gives the whiskey smoothness like I’ve never experienced before.

I was joined by Jay who is Clyde May’s VP of Sales and Marketing and in our discussion of the smoothness Macallan was brought up and how Jay used to work with them. I mentioned a tasting I once attended in Dallas maybe 4-5 years ago and suddenly it hit me. I knew Jay. He had come to our man book club meeting at a friend’s house and hosted a Macallan tasting for the whole club. To my surprise Jay said he remembered us as well and even went so far as to say it was one of his favorite tastings (it certainly was for us). We continued chatting, but he too had rounds to make so I retreated to the bar to continue my research.

I said my goodbyes to James and Jay late in the night and proceeded home having been brought together over a glass of Clyde May’s with a new friend, an old friend and a new favorite whiskey to continue making friends over… And no hangover.