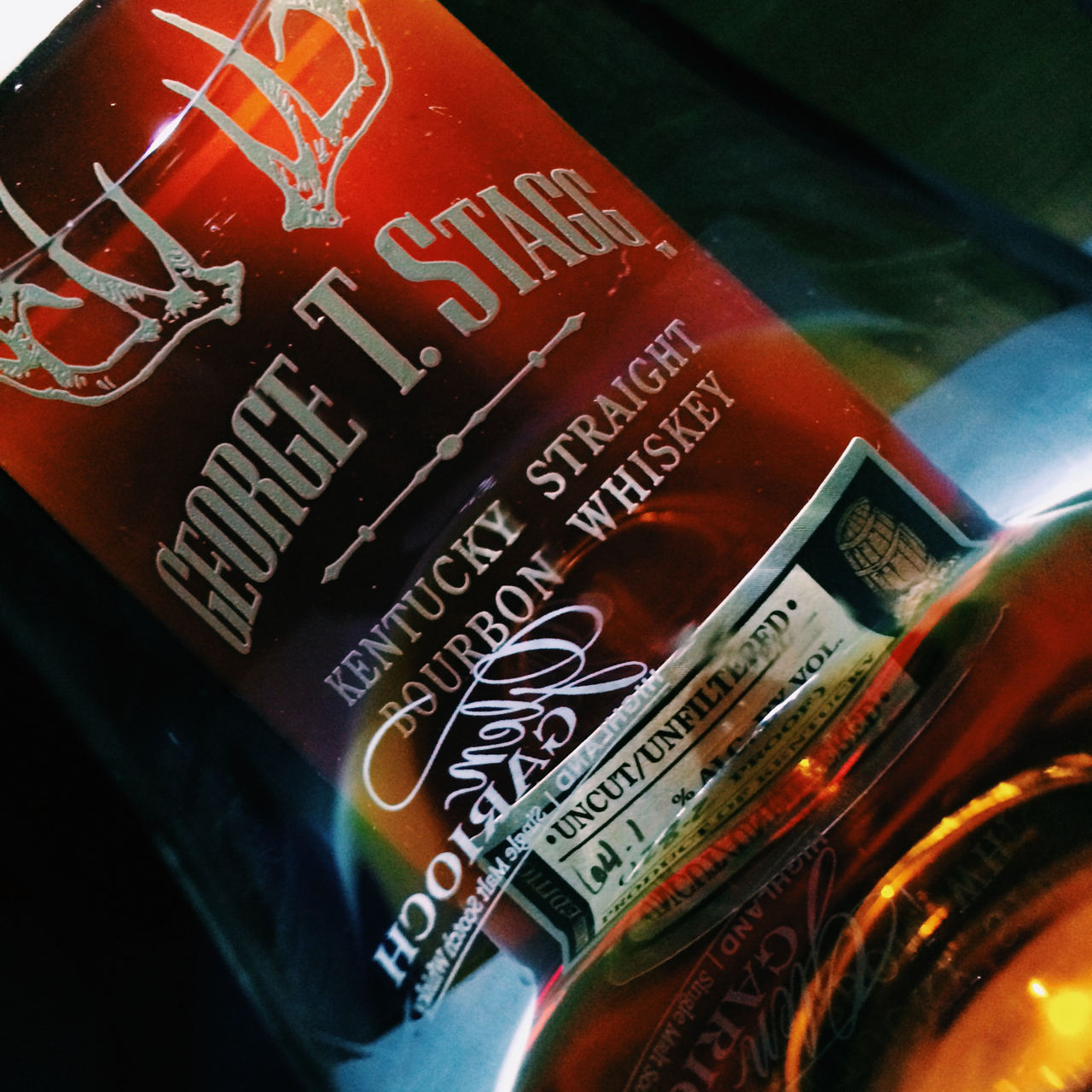 This review by G-LO was originally published on the “It’s just the booze dancing…” blog.

Ungettable. That’s what Craft Beer and Whisky Geeks call that magical elixir that everyone wants, but few of us actually get. If you’re a Craft Beer Geek, then you already know how difficult it is to track down something like Founders KBS (Kentucky Breakfast Stout) and CBS (Canadian Breakfast Stout), Pliny The Younger or The Elder, Westvleteren XII, Cigar City Hunaphu, and pretty much anything by Three Floyds. And if you’re a Bourbon focused Whiskey Geek, then the words Pappy Van Winkle and Buffalo Trace Antique Collection haunt your dreams as you are perpetually frustrated by limited supply and ever increasing demand (and don’t even get me started about the ever increasing cost for this stuff!).

I’ve been trying to get a bottle of George T. Stagg (one of the better known whiskies from the aforementioned Buffalo Trace Antique Collection) for at least three years. I can’t say that I’ve gone to great length to acquire a bottle, but I have asked around at all of the local wine and spirit shops in my area, only to come up empty handed over and over again. Back in mid October, during a beer run at WineWorks in Marlton, NJ, I decided to have my name added to the wait list for a bottle since I knew that it would be released just before the holidays. As luck would have it, the store called me to let me know that it arrived. While the price was quite a bit higher than the suggested retail price of around $70 (I paid $100), I couldn’t let this opportunity slip through my fingers, so I decided to go for it!

Before we get to my review, here are a few words about this elusive Bourbon from the good people at the Buffalo Trace Distillery:

This extremely hearty whiskey ages in new charred oak barrels for no less than 15 years.  Straight out of the barrel, uncut and unfiltered, the taste is powerful, flavorful and intense. Open it up with a few drops of water, sit back and ponder the wonders of the universe.

Let’s find out if this Bourbon was worth the wait…

As I said at the beginning of this review, it took me over two years to get a bottle of this whiskey, and in case you couldn’t tell from my tasting notes, it was absolutely worth the wait. George T. Stagg is a seriously delicious Bourbon whiskey; probably one of the best that I’ve ever had. I bought this bottle in late November and I am sad to say that it’s almost gone (don’t worry, I didn’t drink it ALL by myself). This stuff is so good that I want every whisky drinking friend of mine to try it! My only regret is that I didn’t buy a second bottle when I had the chance.

Let me end this review with a quote from a friend that tried this whisky during Crafty Day 2013. Here’s what Dr. Joe (MD and former high school wrestler) had to say about the George T. Stagg:

What do you mean we went to a strip club??? THAT’S what I want from a whiskey! It’s a straight up, double leg takedown of a whisky!

For you non-wrestling types out there (myself included), here’s what Dr. Joe is talking about when he says double leg takedown: