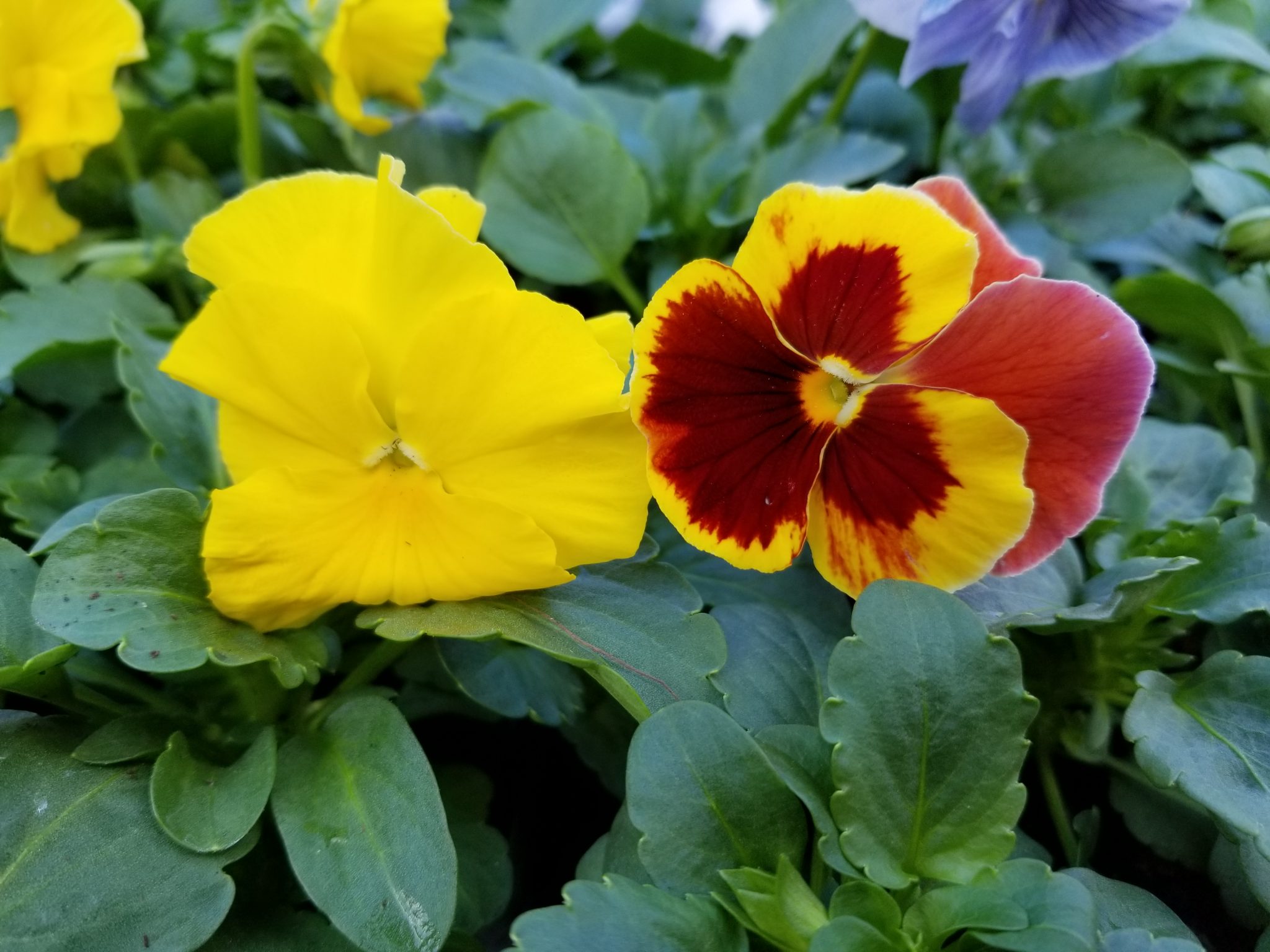 Gardening: Expanding Horizons With Something New

There was a large man I interacted with last spring while at work. Most days of the week I work with a crew of guys moving stones, digging holes, and planting trees. Sometimes I’m lucky enough to do some more direct and hands-on gardening. And rarely I am lucky enough to work in the actual garden center. That’s where I was working when I ran into the large man.

He was as big as the broadside of a barn and his frazzled beard looked like something you’d pull out of your sink drain when it’s clogged beyond function. This guy looks at me, for a second I think he’s going to assault me for making eye contact, but he says, “Where’re your pansies?” I pointed the flowers out, they were on sale because they’re out of season. He disappeared around the corner and I heard him bellow, “What the fuck does a pansy look like?”

I walked away. I had been having a rough day and wasn’t inclined to help a bellowing bear with gardening. A few minutes later the gentleman walks by with a massive heap of yellow pansies. The cold weather kind. I said, “Oh, those are my favorite ones It’s my favorite shade of yellow.” He looked at them and grinned this disarmingly toothless smile, “Yeah,” he says, “My boss wants me to plant them at his mom’s house.”

“It’s a great way to spend a chilly afternoon though, huh?” I asked, and he stopped for a moment to consider his reply which was, “It beats the hell out of jackhammering on a bridge all day.” This struck me as curious and I filled in the blanks in my head.

I decided the guy looked like he was named Phil.

So Phil the Pansy Planter was working on an as-we-need-you schedule for a small construction crew, family operation type of gig. Phil is getting on in years and even though he knows his way around a sledgehammer he’s not exactly first in line for high-profile work. But Phil’s boss likes Phil plenty, and he finds little odd jobs to keep Phil making a few bucks.

One of those jobs is having Phil plant flowers at the boss’s mother’s house. Not just any flower, no, these were pansies. Fucking pansies, the queerest sounding flower out there. Phil wasn’t happy about it. But as he figured out what the fuck a pansy was he decided that the colors were actually not all that bad, especially the yellow. It was a good yellow.

So he grabbed them and he bought them and he followed the directions to his boss’s mother’s house, and he deciphered the shitty description his boss provided of where to plant the flowers. He picked up the D-handle shovel from the shed and he broke ground and he dug the hole wide and deep enough to plant the pansies proper. He got down on his knees, and as he removed the flowers from their plastic cells he hears a bird call in the background.

Just a bird, right? No. It’s the first time Phil listened to a bird since he was a kid. I mean, really listened. He looks around and spots it, it’s a robin. It wasn’t singing, it was chirping. For a few seconds Phil remembered when he was 11 years old and climbing trees with his friends at the park during the baseball game because he was never really into the whole sports thing, tree climbing was more in his area of interest. So Phil allowed himself a brief smile. The damp soil of the pansy pack felt good on his hand, which is interesting by itself because he didn’t even notice how it felt before. Phil packed the flowers into the ground and backfilled the hole with his bare hands. The rocks are rough on his fingers but his hands are tough enough that he shouldn’t feel a thing.

Phil’s done gardening before he knows it, and he stands with a grunt of exertion. The flowers were planted. A knock on the window from his boss’s mom reveals a thumbs up; she approves of the work. Phil waved and returned the shovel to the shed, hopped in his car and leaves. He circled the block once so he could see the flowers in the ground from the road side, and he felt damn proud of the work he did. “Those are some fine fuckin’ pansies,” he said.

And a few times a week Phil drove around that block. He’d go out of his way to make the trip to check out how the flowers are doing.

Did any of this happen?

Maybe, maybe not. Could’ve been some fanciful gardener thinking, hoping more fellas find the satisfaction of planting a garden. I like to think a fair bit of it was based in fact. I’ve had no shortage of customers and clients who were once trepidatious first-time gardeners. They return for plants, gardening advice, and a chance to brag to somebody about their newfound hobby.

After all, we only get one go at this big, bad bitch. Might as well make it worthwhile.