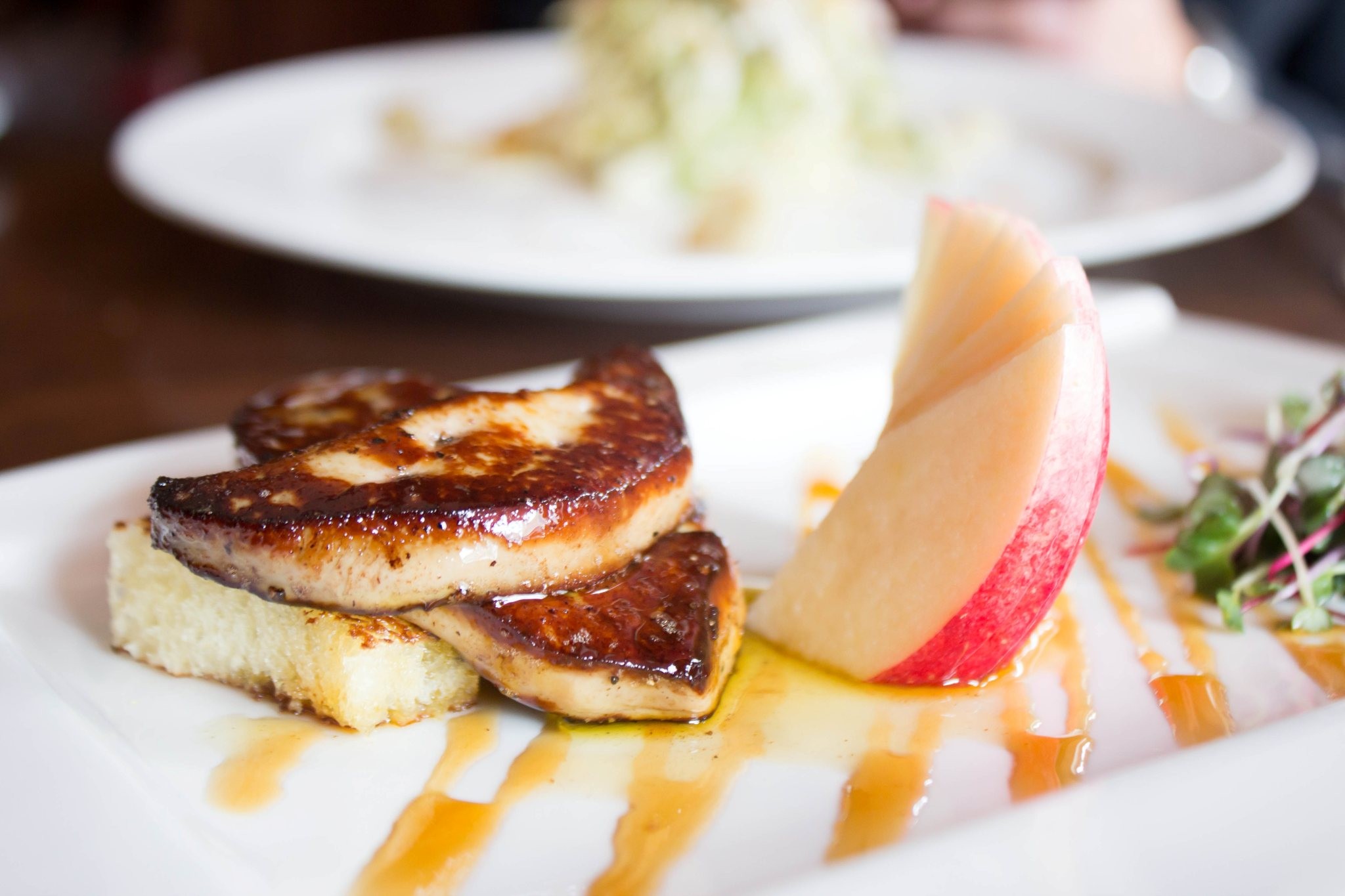 Foie Gras is described as buttery, smooth, tasty and delicate. Goose or duck liver, a delicacy, enjoyed by the upper class and almost anyone who claims to have tasted it. Sadly it is banned from a list of notable countries. That means there is something wrong with the large lard-looking liver. What is it? Let us see….

Foie Gras (read: delicious, smooth Foie Gras) is made by intentionally fattening the goose’s liver. If the bird is not fed the right diet, the Foie Gras is not up to the mark and is sad and grainy. Now to get the liver all fattened up, the birds are force fed, thrice a day. This is an age old process called gavage, where a tube is slid into the bird’s throat. A handful of feed is emptied through the tube and into a pocket, below the throat, where the animal usually stores and accumulates its food naturally. It is a quick procedure and only takes seconds. Tube goes in the neck, food is transferred, tube is pulled out.

Well, that’s shocking, no wonder it was banned! In Gawker.com’s childlike article, ‘Foie Gras is for Assholes’ they pleasantly state that “If you deliberately seek out food to eat that does involve torture, you are an asshole.”   At first it would seem like that, that the poor geese are being gagged by the gaggle, choked and left to waddle off in miserable pain. But it’s really not so.

The argument for foie gras goes as such: in actual practice the feed is not forced into the bird at any time, and that no injury or pain results to the bird. In the duck and geese’s natural environment they quickly swallow their food, fish or even plants, whole. Their swallowed lump of food is stored into a pocket after it speeds down their throat and before it reaches their stomach. The birds do this so that they can quickly escape into safety, away from merciless predators. They then digest their food in peace, knowing that they won’t get mauled by the cat who lives down the stream.

Serious Eats wrote in a column about foie gras, that production should be judged not by the worst farms, but by the best. The worst farms cage the birds, manhandle them and leave the ducks to live in terrible hygienic conditions. The best farms keep their birds cage free, they grow up with their freedom and are humanely slaughtered according to standard. And that is where the legal Foie Gras should come from.

Human demand, and specially demand for something delicious, is unstoppable. Animal activist groups along with their propaganda have the goal to end the human utilization of animals for food, they sometimes just go too far.  We cannot justify the gavage process as torture by relating human emotions and biology to it. As Humans we would gag and choke to a force feed and probably get a few tears to our esophagus, but not the birds. They breathe through a separate pipe, opening from the tongue and apart from that, their throat has a really tough lining.  Whether the gavage process should be truly banned or not, well, if only the goose could talk.