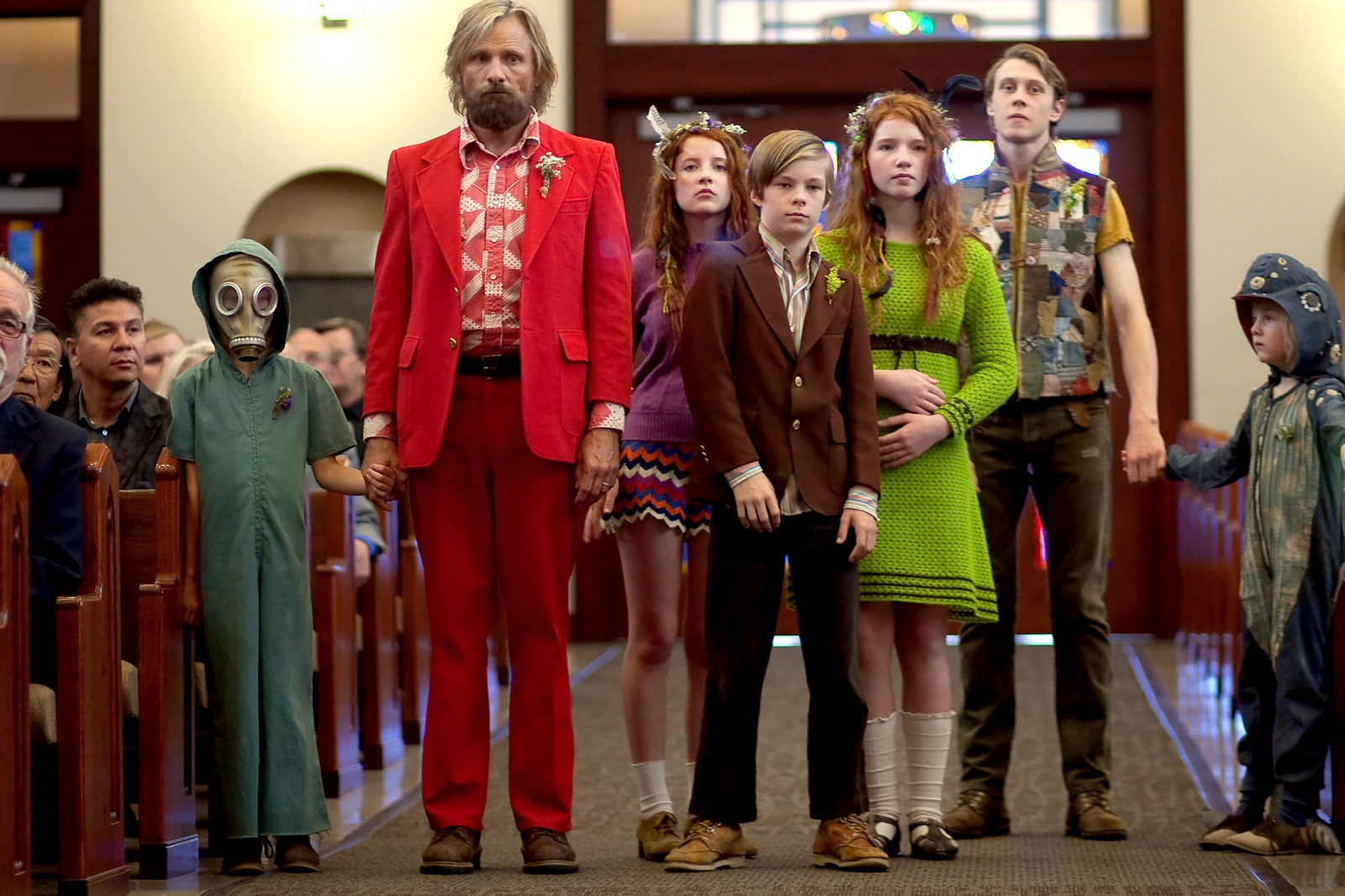 Like all exceptional films, Captain Fantastic raises grand questions: how much personal freedom do you really have? How much do you really need? Do you have the right to live the way you wish? To raise your family how you see fit? Can you do so without the need of assistance or outside reliance? And if you can, should you raise a clan of free-thinking, self-reliant, capitalism-questioning, wild-eyed Luddites?

“For the most part, they went hand in hand. For how can you grow up without learning, whether that’s useful information or not? Like Bodevan, I’m still not sure if all that book smarts really helps in this big bad world. But I know it makes life more rich, knowing that many truths exist.”

That’s the path Ben Cash (Oscar-nominated Viggo Mortensen) and his wife, Leslie (Trin Miller) seem to be taking at the film’s outset, choosing to raise their six children in the secluded depths of the great, green Washington wilderness, without technology, or formal education, other than the extreme home-schooling variety. With Leslie away being treated for bi-polar issues, the teaching falls upon Ben’s strapping shoulders – which he performs with Sensei-zeal – kind of like a combination of Robin Williams in Dead Poet’s Society (if he quoted more Noam Chomsky) and Burt Reynolds in Deliverance. For Ben’s kids, who don’t really know any other way, home is heaven on earth (it helps that they’ve learned that God is a man-made creation.)

When Ben takes his oldest son Bodevan (Ben and Leslie wanted all their kids to have wholly original names) for their semi-regular mail-collecting/arts & crafts-selling/re-gridding trip into town, they find out that Leslie has succumbed to her mental illness and finally committed suicide. And worse yet, that her rich father, Jack (Frank Langella) is planning on having a proper funeral back in New Mexico, a stabbing affront to Leslie’s Buddhist beliefs.

That’s when the film reveals itself as a true fish-out-of-water tale, as Ben is convinced by his children to go save mom from such a buried fate. So they pack up the family school bus, custom fit for the apocalypse, and head East, into the heart of Midwestern Capitalism. And so we get the requisite fun and games as the wild crew reacts to the rampant consumerism their parents tried to shield them from in the first place.

It’s this culture clash that brings up the most important question Captain Fantastic is really asking: is Ben truly raising his kids responsibly? Or is his dogmatic self-reliance antithetical to true community? Has he rejected society so much that his kids can never be a part of it?

The great gift and curse of my own life has been my education and upbringing. For the most part, they went hand in hand. For how can you grow up without learning, whether that’s useful information or not? Like Bodevan, I’m still not sure if all that book smarts really helps in this big bad world. But I know it makes life more rich, knowing that many truths exist. It’s a gift to have been raised differently, as a free thinker, trained to question what everyone else tells you is true. It’s also very tiring, to be so outside. Perhaps the great lesson of Captain Fantastic is that we can question everything about society, so long as we don’t question the existence of it. The real world is a real thing, and it can be a fantastic place, as long as you run it on your terms.