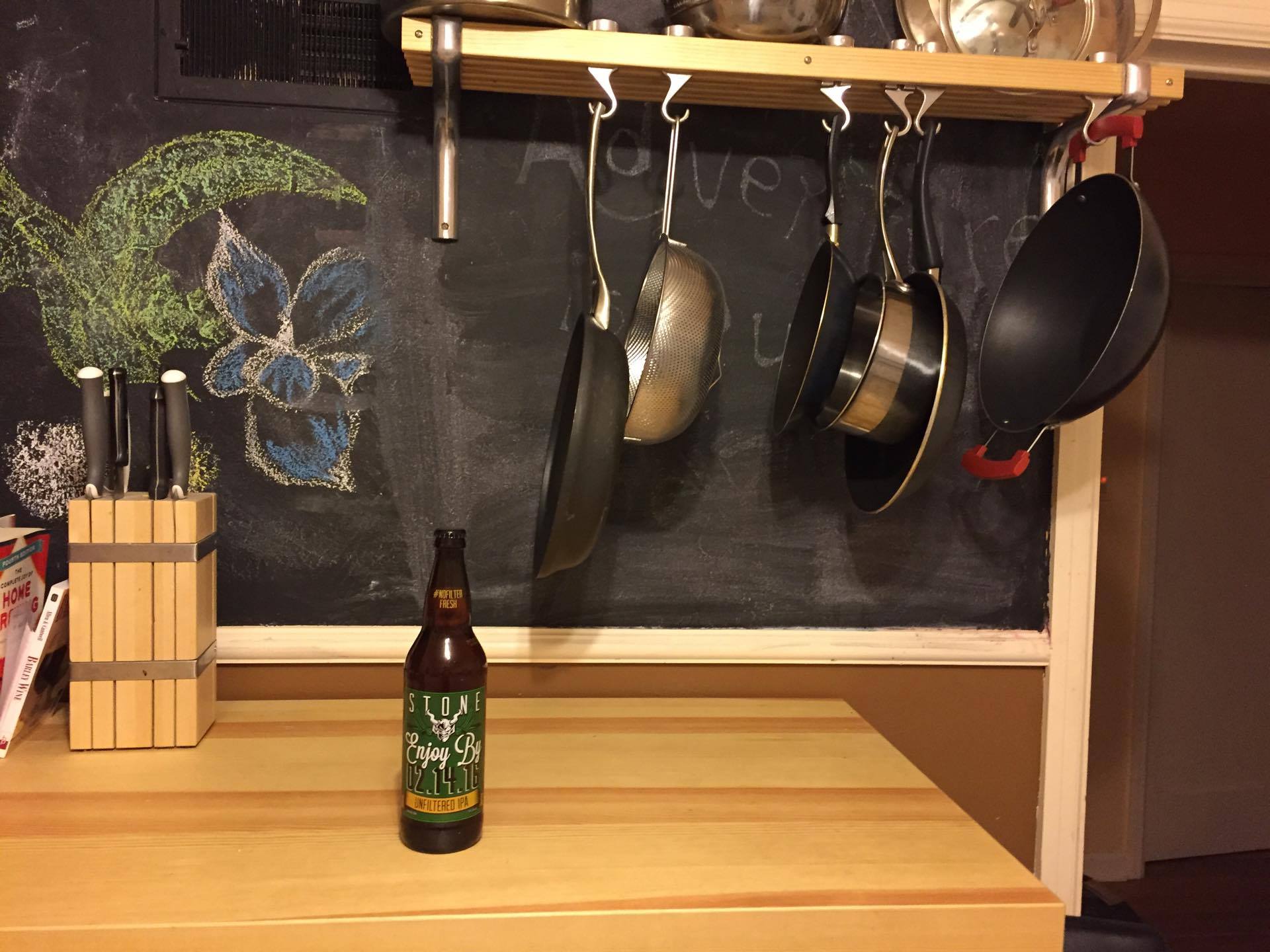 I love to homebrew and one of my favorite aspects of the process is that it is messy, inexact, and a bit sloppy; every batch is a bit different and they are all exciting and somewhat unpredictable. One of the reasons that I gravitate toward craft and micro brews is that they are as close to the aesthetics of homebrewing as possible; the offerings are much smaller in scale and they take far more risks and offer much more variety. I have never had any beer, not even a craft, that emulates this experience as well as Stone’s Enjoy by 02.14.16 Unfiltered IPA. Stone has brazenly taken out the filtering step that makes modern beers so refined, predictable, and physically clear. Hold this brew up to the light and you see a galaxy of particulates dancing about in the golden beer; there are bits of hops, yeast, and protein fragments that Stone elected not to filter out, a choice that has made me fall in love with a brewery I have largely forgotten. 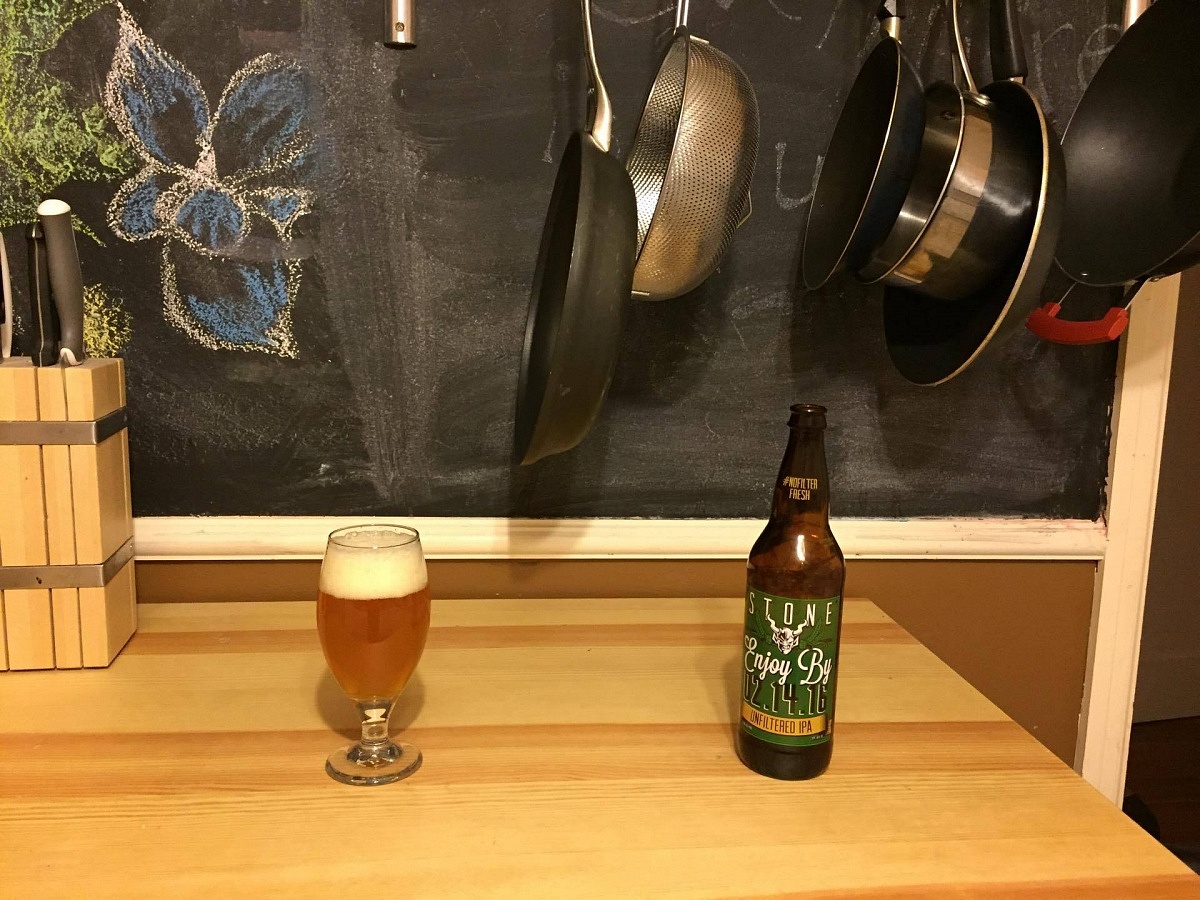 I was able to pick up an extremely fresh 22oz bomber of Enjoy by 02.14.16 Unfiltered IPA that was bottled in early January right when it hit shelves in Colorado and the freshness was evident in every aspect. I poured the hazy IPA full of particulates into a standard tulip glass and a fluffy pure white head built immediately and deep, dissipating to a finger width of thick foam. A hazy golden hued color became evident as the particulates settled and it washed my kitchen prep table in a beautiful golden halo. The nose hits before you are even close to the beer itself, it is pungent (in a good way) and hop forward with overtones of complex tropical fruits due to the enormous hop variety, it smells like a true and unbridled IPA.

The taste of Enjoy By is otherworldly and one of the most aggressive yet surprisingly balanced IPAs I have ever had. The base is naturally but not overwhelmingly sweet which balances the extreme hop profile quite well, it is much more balanced and drinkable than I would ever expect from Stone.  The hop variety adds depth without dominating while the multiple types of hops add complex citrus notes and the distinct taste of tropical fruits. Enjoy By finishes extremely clean for such a hoppy beer with barely any bitterness, a testament to its fresh nature.

Enjoy By 02.14.16 Unfiltered IPA by Stone brings craft brewing back to its messy, unpretentious, and fresh homebrewing roots.  This beer is a dynamic and very surprising entry from a brewer that I became bored with years ago. Grab a bomber now while they are still fresh and experience craft brewing the way it should be.