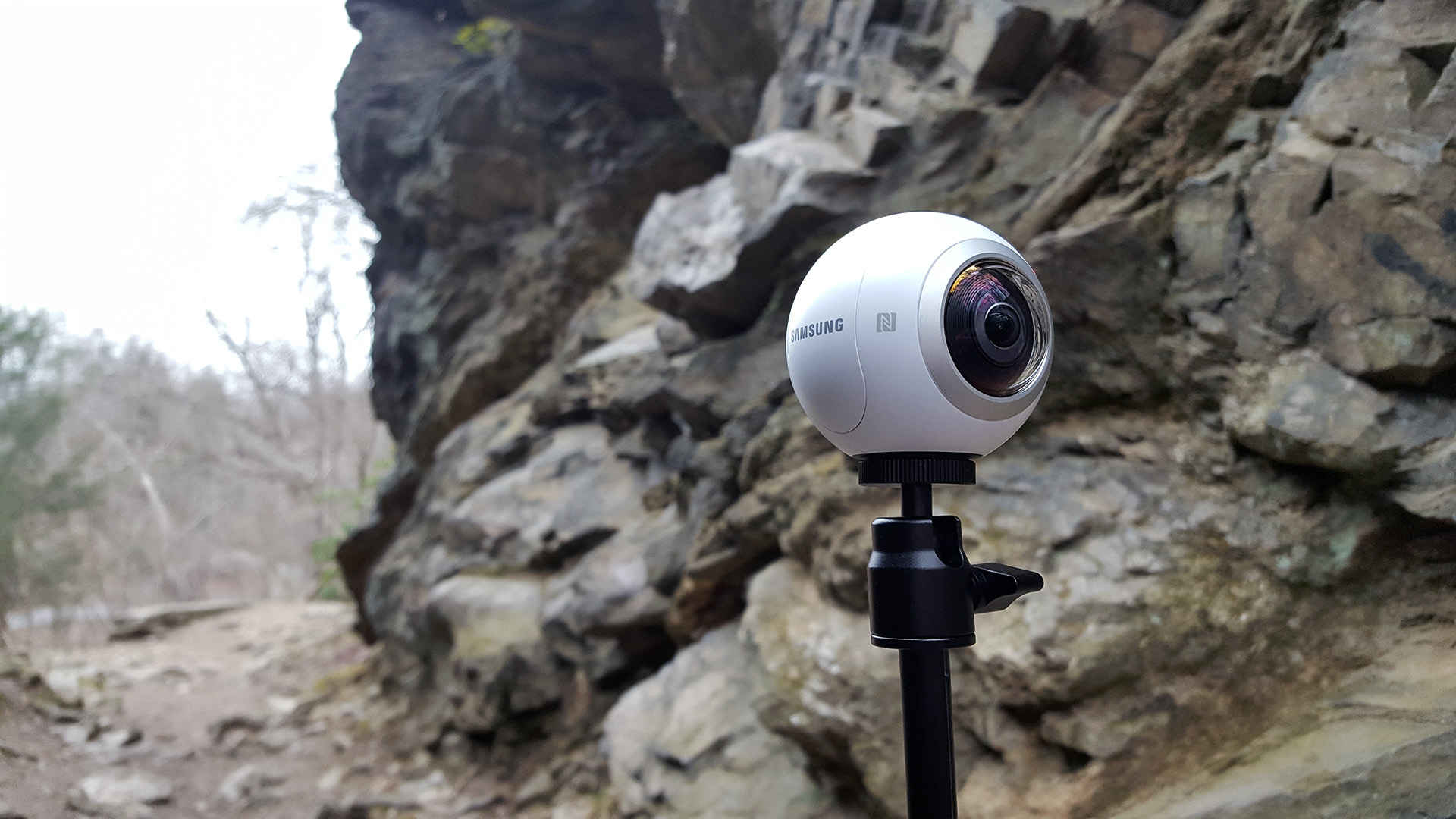 You’re sitting on the edge of a cliff watching the sun create a beautiful spectrum of color as it falls behind the horizon. You pull out your phone to capture the moment, but your image can’t seem to grasp the depth below as well as the color in front. The alternative? Welcome to the Samsung Gear 360.

Meant to be paired with a Samsung Galaxy S6 or higher as well as the Samsung Gear VR, the Gear 360 is the link between viewing and creating virtual reality content. The Gear 360 is competitively priced at $210 and supports 360-degree image quality up to 7776 x 3888 (approximately 30 Megapixels), however, 360 video quality drops to 3840 x 1920 at 30 frames-per-second.

The connected Gear 360 app on my Samsung Galaxy S6 makes shooting 360 content a breeze. After I Bluetooth connect from my S6, I get a live view of what my gear 360 is seeing and I can capture images remotely without having to run away while a timer ticks to zero. The camera includes time lapse and video looping modes as well as regular photo and video. 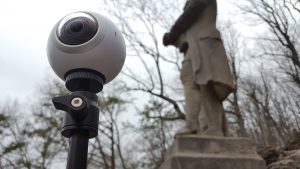 When I first began using the Gear 360, I quickly realized that my basic camera tripod was not suited for 360 degree shots. Although the Gear 360 is built to screw into any ¼ inch tripod head, the size of most heads means that the bottom of my 360 image is blocked by an awkwardly stitched plastic mass. I ended up going with the SmaTree SmaPole (don’t know about the name), an extendable monopod with an attachable three leg base. Its only downside is it looks terribly creepy when set up in the middle of a trail, looking as if it might scurry toward you at any moment!

My favorite aspect of this little camera is the life it brings to my pictures and videos, as well as native support on Facebook. I went for a quick hike in Valley Green, a small reserve outside of Philadelphia, and captured some great shots of rocky paths, graffiti-ed bridges, and my old friend William Penn.

When I post these photos to Facebook, I feel like friends and family can experience what it was like to be there in the woods with me. As VR headsets become more and more mainstream, I believe that demand for 360 photo and video content will skyrocket. I’m predicting a future of full length 360 movies available for rent similar to your traditional On-Demand rental system.

I’m jumping into the VR game while the water is warm. What about you?