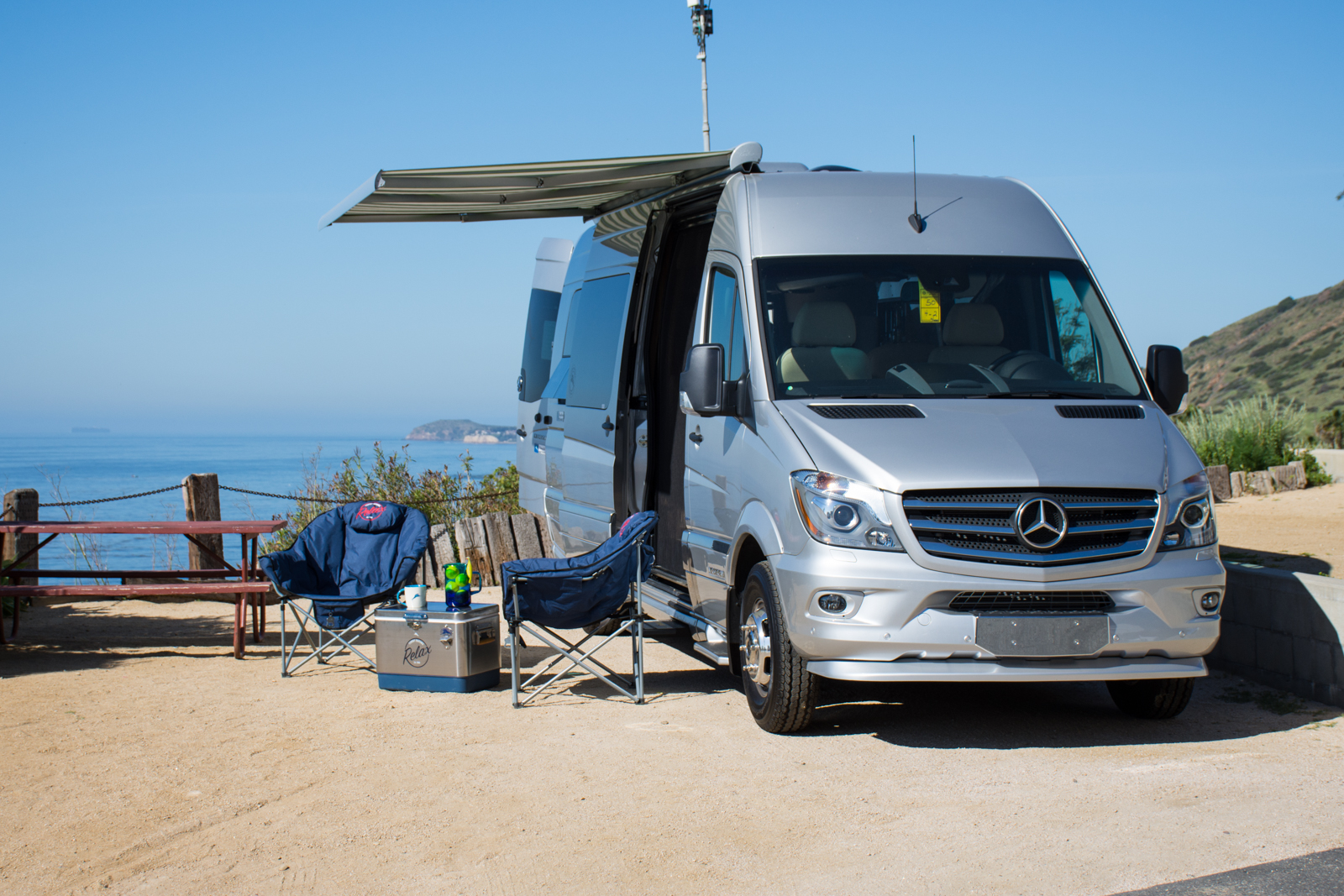 Every once in a while, I’m presented with an interesting vehicle to review that deviates from the usual test drive formula. Normally, a vehicle’s on-road behavior is what’s most interesting, but for the 2017 Tommy Bahama Edition Airstream Touring Coach that was placed in my charge over the weekend, the fun really began when it was parked — its fully up-fitted interior was luxurious, convenient, and comfortable.

From the outside, the Airstream looks like an extended Mercedes Sprinter van because, well, it is. Airstream’s lineup of touring coaches — different from their legendary trailers — utilizes the Sprinter chassis because of its excellent handling characteristics and manageable form-factor. The touring coach feels confident on the road, and offers excellent visibility thanks to cameras that cover the rear and blindspots. 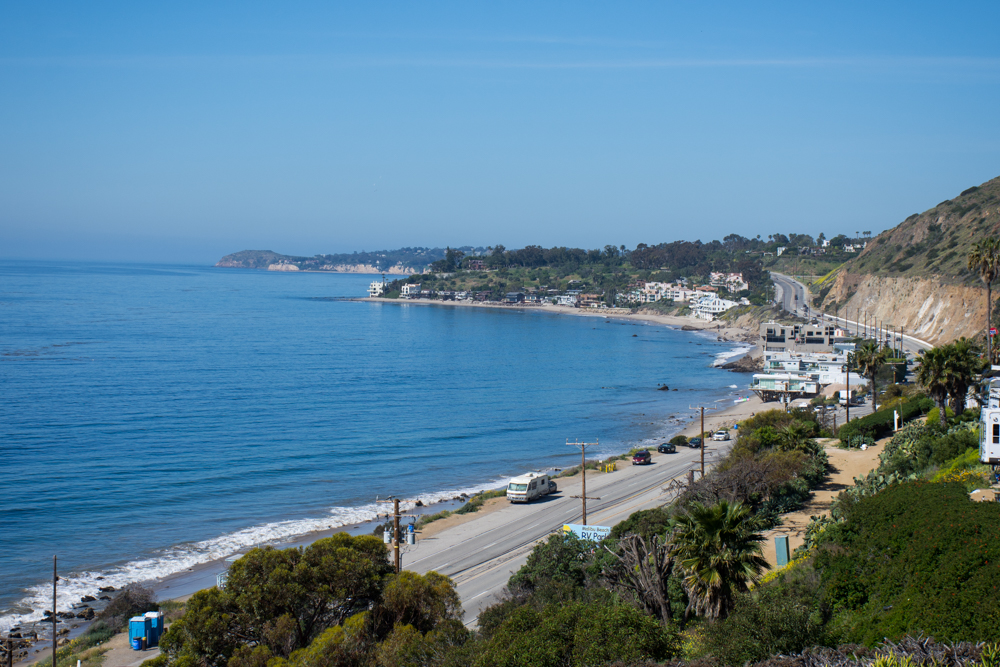 One of the biggest challenges of having any press vehicle is deciding how best to showcase it, but this time it was easy — I knew exactly where the Airstream would feel right at home, and went straight to the edge of the continent to post up on a corner camp site at Malibu Beach RV Park, overlooking the Pacific Ocean.

For two days, my girlfriend and I enjoyed waking up to the sound of the ocean and relaxing underneath the Airstream’s built-in sun shade. And as part of the Tommy Bahama collaboration, the vehicle came with a bunch of beach-themed lifestyle accessories, like lounge chairs, a cooler, drinkware, diningware, and more. 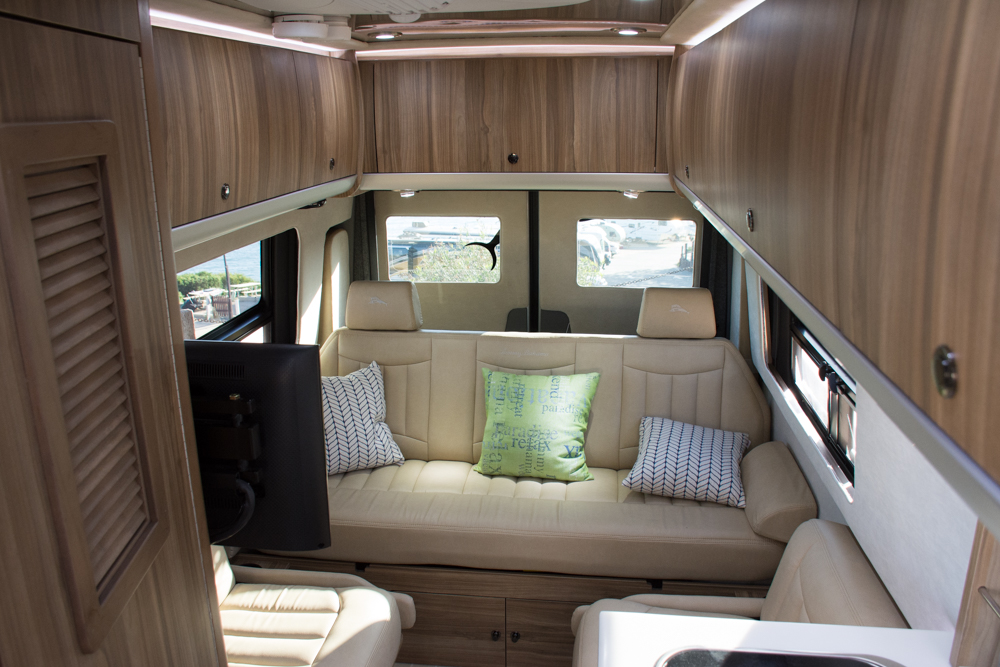 This was the first time that I had ever used a recreational vehicle — complete with bathroom/shower, kitchen, and entertainment system — and it quickly became clear why people love this lifestyle. The freedom to go wherever, whenever is refreshing and inspiring. As long as the fuel, propane, and fresh water tanks are filled, you could take this touring coach just about anywhere and be completely comfortable. Solar panels keep the house battery charged, and there’s also a propane back-up generator.

And as awesome as the Airstream was, the best part of the experience was meeting interesting people at the RV park. One lady was making her way from Washington D.C. to California for a house-sitting job, living out of a small Airstream travel trailer. Another group from the Netherlands was wrapping up a 21 day vacation where they road-tripped for over 4,000 miles! Everyone had a different story to share, and welcomed friendly, agenda-less conversation — it was the complete opposite of the stressed-out families you’d find at an amusement park or tourist trap.

If you’ve never enjoyed the open road with a recreational vehicle, I’d highly recommend trying one out for a weekend. It’s a rejuvenating and rewarding experience because you get to soak in the outdoors while always being close to the comfort of your “home.”