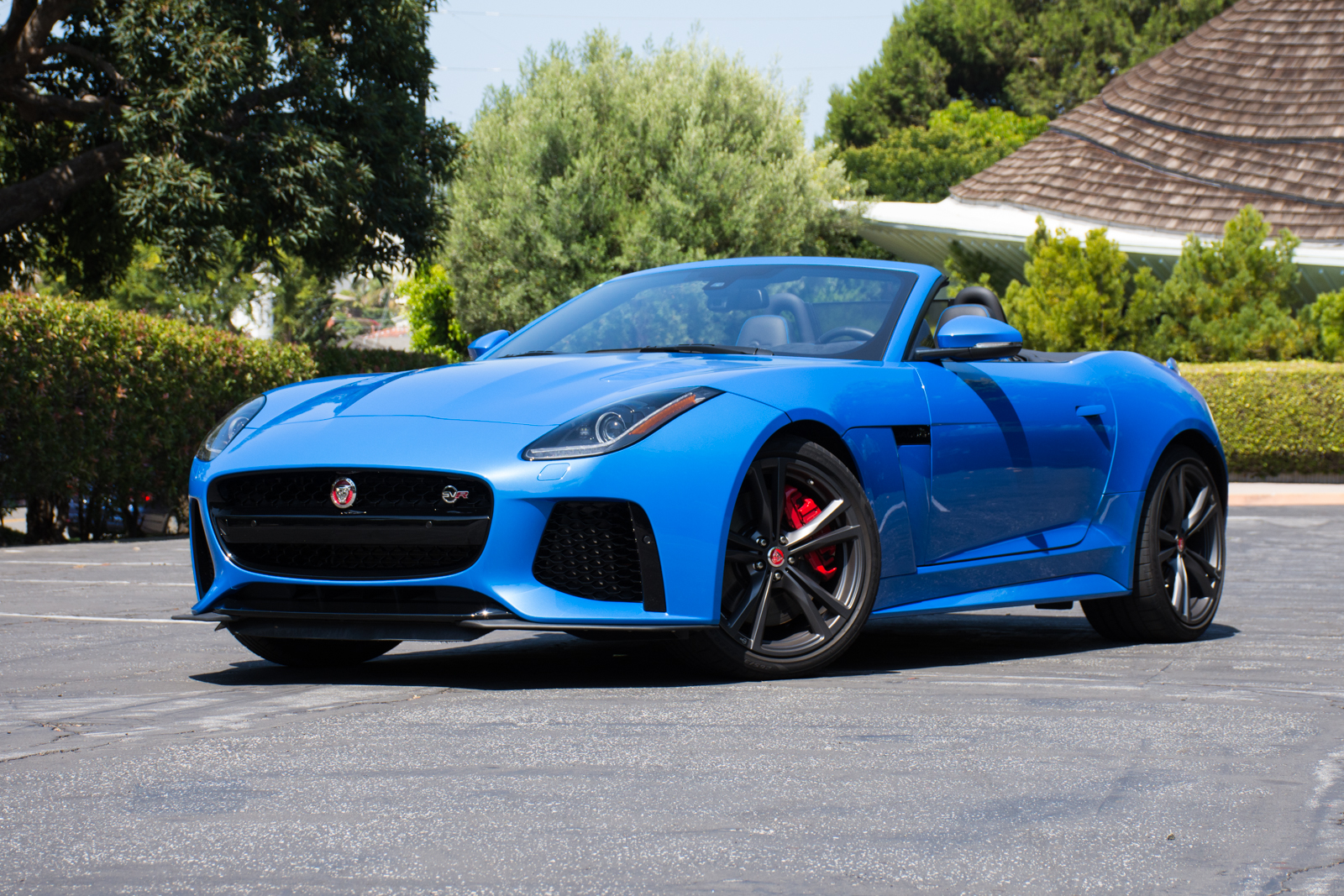 One of my favorite sports cars is Jaguar’s lively and unapologetic F-Type, and the addition of an SVR model for 2017 makes an already-awesome car even more desirable.

The F-Type SVR comes from Jaguar’s in-house Special Vehicle Operations division where they’ve tuned their impressive 5.0-liter supercharged V8 to produce 575 horsepower and 516 lb-ft of torque — this engine is capable of launching the F-Type from 0 – 60 mph in 3.5 seconds with a top speed of 200 mph!

Since it’s Summer in Southern California, and I have access to some of the most picturesque roads in the world, the convertible version of the F-Type SVR wins my favor over the coupe configuration.

Cruisin’ with the top down.

Jaguar’s SVO engineers didn’t stop at just adding more horsepower though — weight savings and aerodynamics were also large areas of focus in their quest for ultimate performance. Exotic materials have been used to reduce unsprung weight in the wheels, exhaust system, suspension architecture, and braking system, for example.

Redesigned bodywork along with an active aerodynamic carbon fiber rear spoiler lower the drag and lift coefficient to keep the F-Type SVR planted firmly on the ground at high speeds.

Of course, since it’s a Jaguar, the interior is loaded with luxury amenities and premium materials. The bucket seats look amazing with blue piping and contrast stitching, and are also very supportive in all the right places. 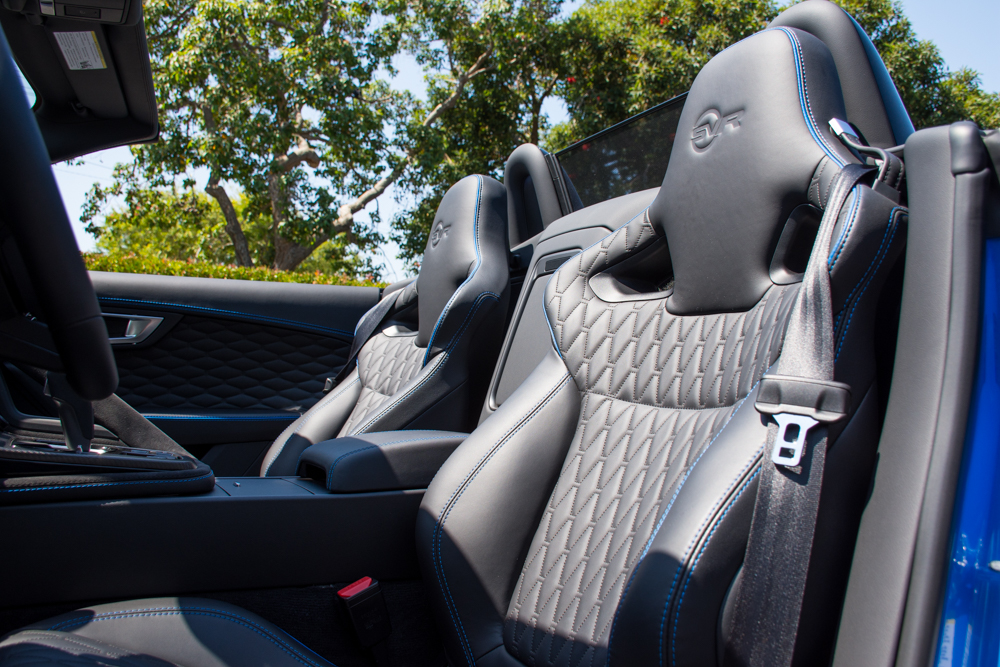 My favorite feature of the interior though has to be the switch for Dynamic mode. Pull back towards the checkered flag and you awaken the beast within the F-Type SVR — the rear wing deploys, the suspension stiffens, and the exhaust opens up to belt out one of the most satisfying roars I’ve ever heard. 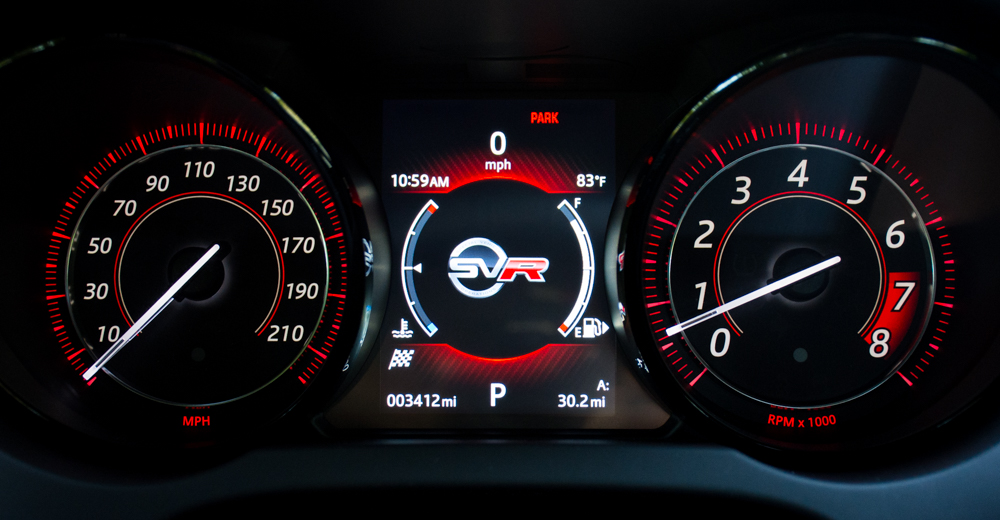 While the F-Type SVR excels at high speeds, you don’t have to take it there to have a full experience. The supercharger provides plenty of low-end torque, and the exhaust delivers a ton of drama at around 3,000 RPM both on-throttle and off-throttle with its after-fire pops and burbles. There’s no recording or video that can properly convey the excitement coming from these Inconel Titanium tips. You have to experience it in person. 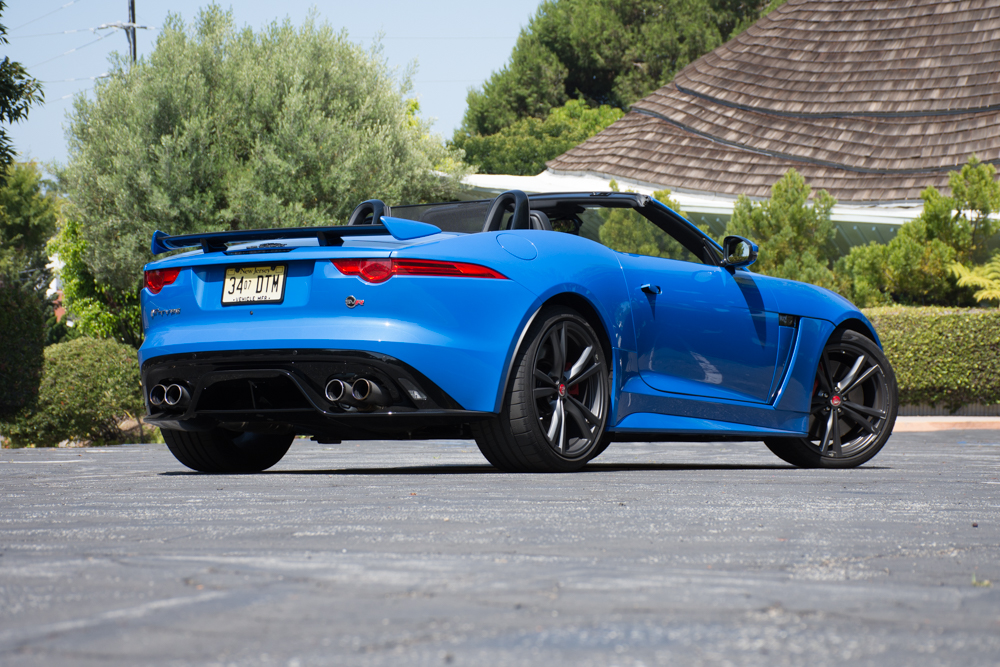 Ultra-high performance sports car, luxury grand-tourer, comfortable daily-driver — the 2017 Jaguar F-Type SVR convertible is all of these things and more. If people don’t see you coming first, they’ll definitely hear you as you leave them in the dust.

Visit JaguarUSA.com to learn more about the 2017/18 F-Type lineup.