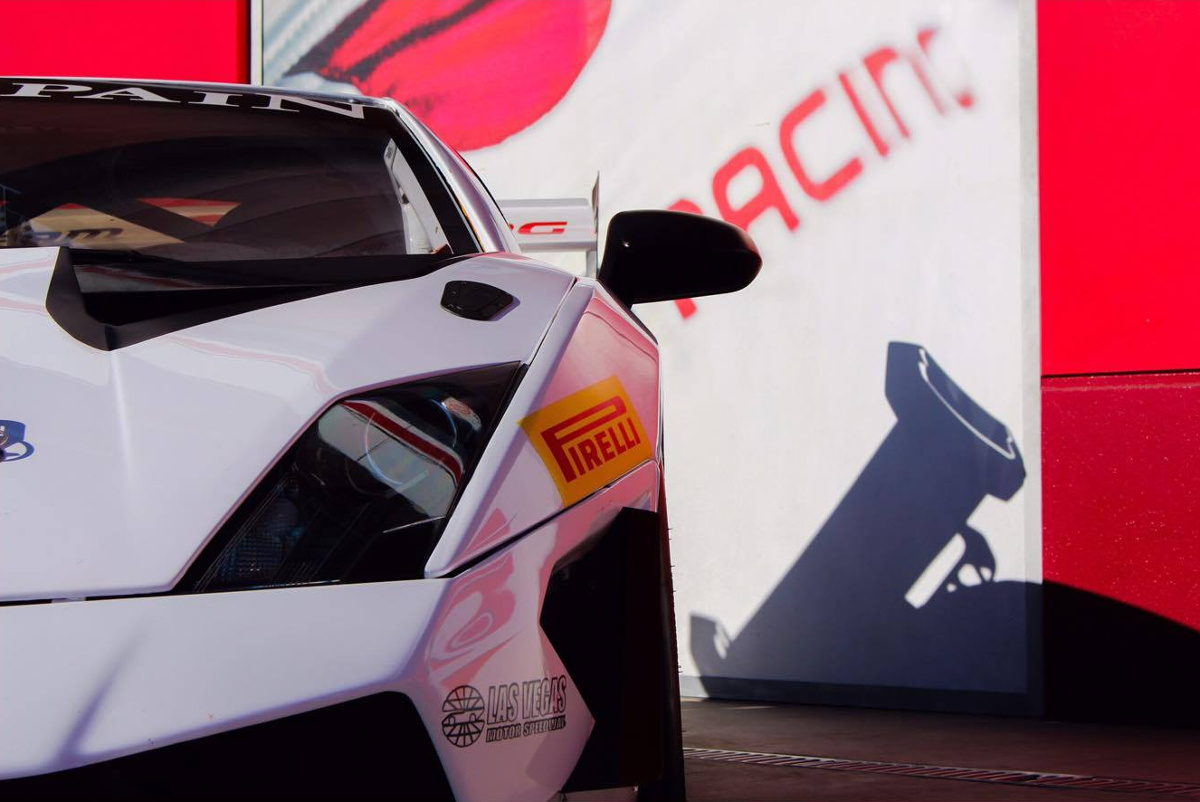 Dream Racing Gave Us A Track & the Supercars Of Our Dreams

I think we can all agree here that supercars are pretty much a scaled down version of God – and some of you (like myself) sometimes even dream about blasting down a long straight, maxing out a brand-new Ferrari 488; the screaming V-8 reverberating off the stands, smashing the brakes and downshifting, the exhaust popping and spitting flames, the tires screaming louder and louder as the back starts getting a little wild around turn one, your organs feeling like they’ve all temporarily relocated to one side of your body as the G force makes gripping the wheel a surprisingly difficult challenge.

Well, Dream Racing in Las Vegas has exactly what you need to experience your dreams while awake – boasting the largest super-car fleet in North America, they offer a truly unprecedented experience. I visited Dream Racing a while back together with F24’s Grant and Alvin. When we pulled up and walked along the stunning assortment of some of the most exclusive vehicles in the world, Grant dropped a classic one-liner that encapsulated the experience pretty well: “…*sigh*…is this what love feels like?”

I did a little bit of calling around to other groups that offer a similar experience in Vegas, or at least claim to, and concluded that Dream Racing offers a better experience, where you simply get more — other groups either don’t offer focused training in a simulator, or have vehicles with an additional set of controls for your driving coach, essentially inhibiting your experience. In addition to this, Dream Racing allows safe overtaking anywhere on the track, whereas other providers only have one or two “zones” where this is allowed. I mean, in that case, whats even the point?? 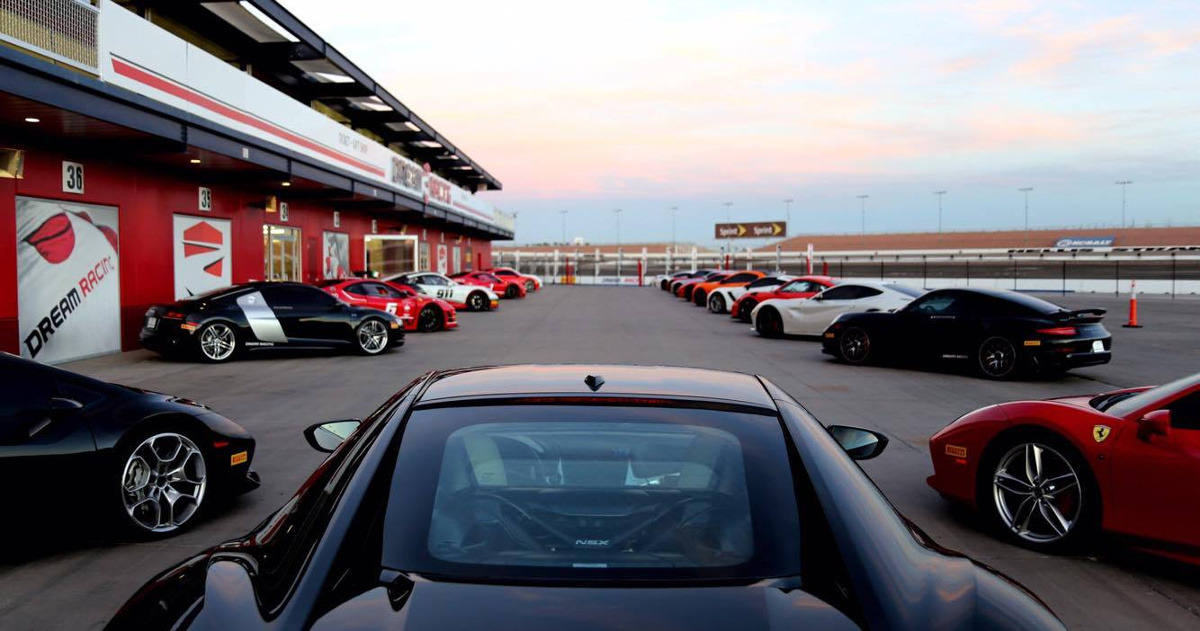 A big thank you to Alec from Dream Racing, who accompanied us throughout the day, and gave us the inside scoop. First, we got a rundown of how our day was looking: spend some time studying the track, both on paper and in a VR simulator, measured to the millimeter to replicate the Dream Racing track. With the coaching of a former pro driver, who offered some hilarious  and accurate —  check the below snapchat clip — advice when driving these cars, we would prepare ourselves for driving the real thing.

After spending time in the simulator, we headed to the changing room to throw on our race suits, and on to the stables. They have a bay of just street cars, and a whole other one with track car. Think stripped out Lamborghinis that make you feel like you’re sitting in a fighter jet cockpit – unlabeled lights, buttons, switches as far as the eye could see, but still nothing but a carbon fiber panel and elastic loop in-place of a door-handle. “It saves about 6.7 lbs or so,” Alec mentioned as he saw me knocking it with my knuckles. It was pretty flexible. 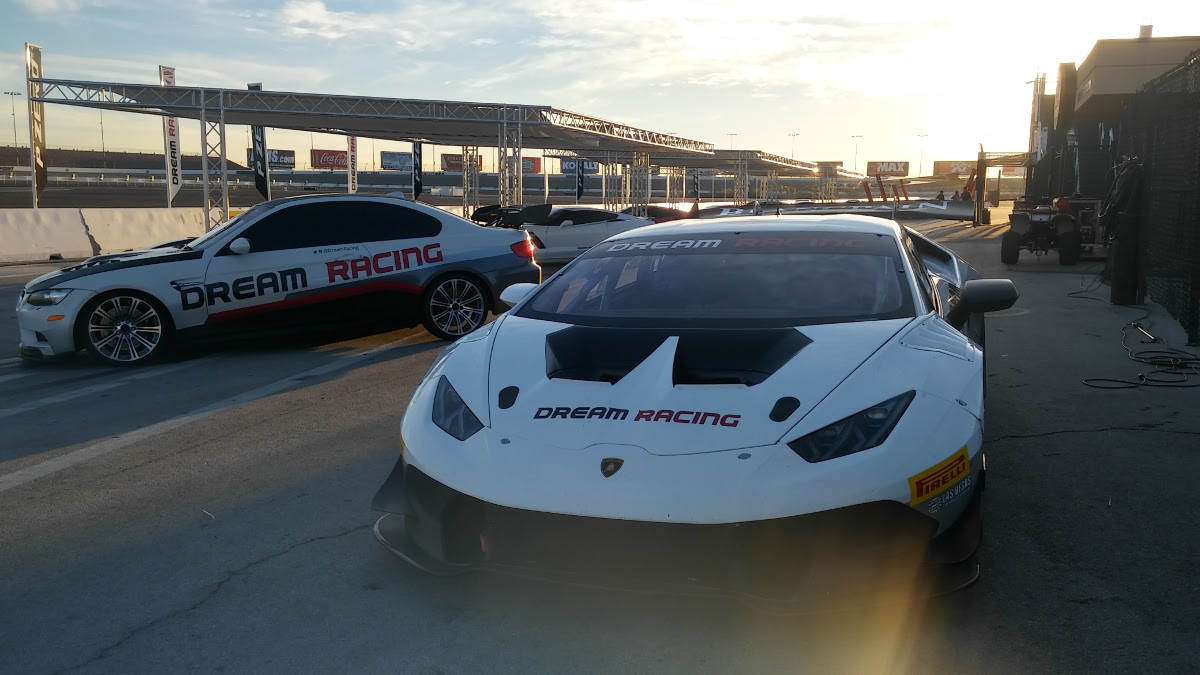 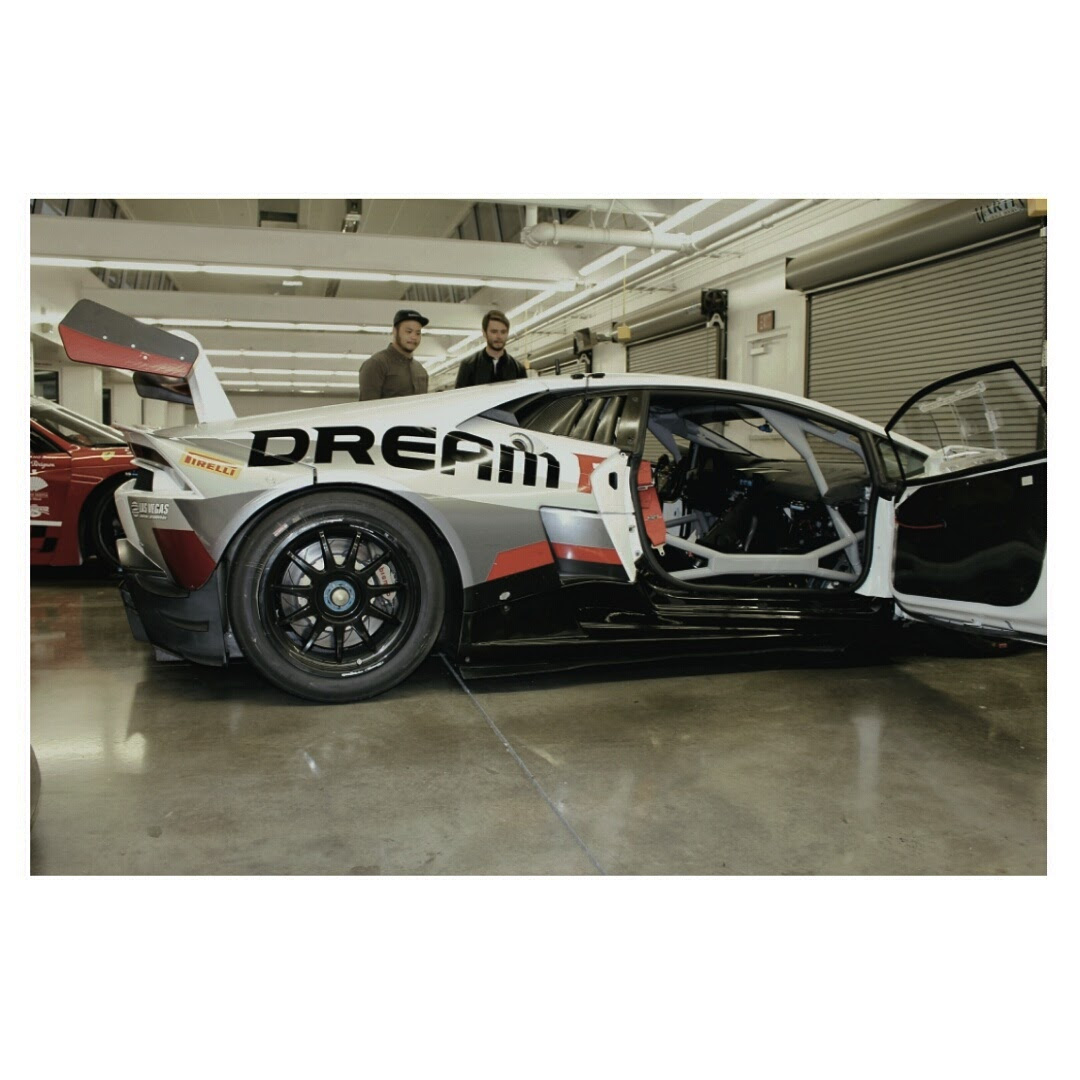 Then he said, “You guys ready to pick your rides?” For me, it was a situation straight out of my 10-year-old self’s dreams — except it was happening. The selection was endless and the choice was difficult, so all of us we spent nearly half an hour thinking. But in the end we each knew exactly what fit our personality.

After an immersive walk-through of our respective vehicles, and a breakdown of what be aware of while on the track from Dream Racing’s copilots and coaches, we were pumped.  We got the drone in the air, GoPros rolling, and gave Grant the thumbs up, and promptly heard what sounded like a jet engine firing up.  Check a visual summary of the insane experience in detail below:

Each lap we could hear the Acura getting louder and louder — the tires screeching at the limit, and the hybrid engine howling. Finally, Grant pulled into the pit, got out of the car wide-eyed but with the biggest smile I had seen on him in a minute — almost like he had been partying with various stimulants for the last 10 hours at an deep house club in Brooklyn. “Dude…dude…its so fast. It’s SO fast. How?!” he managed to get out as we saw his coach in the background trying to hide a grin and give us a quick thumbs up.

I thought I was prepared for the Huracan: I had driven 911s way too fast up canyon roads, been in an SLR on the Autobahn… hell, I commute on a sports-bike. I thought I knew fast, but  I was sorely mistaken in this instance — the lateral grip this vehicle had, was absolutely insane. It was straight out of my dream as a child, and I couldn’t help but laugh as I took turns tighter and tighter with each lap, the Lamborghini unflinching no matter “how-high-in-the-hundreds” fast I went into turn 1.  The back would get a little wild when you really pushed it, but that’s part of the fun. Getting the hang of how to make the vehicle hold the drift and then regain traction was doable after a surprisingly few number of laps (although I did blow it once in a large cloud of tire-smoke and a few seconds of serious vertigo…shhh)  — especially in “Corsa” mode. 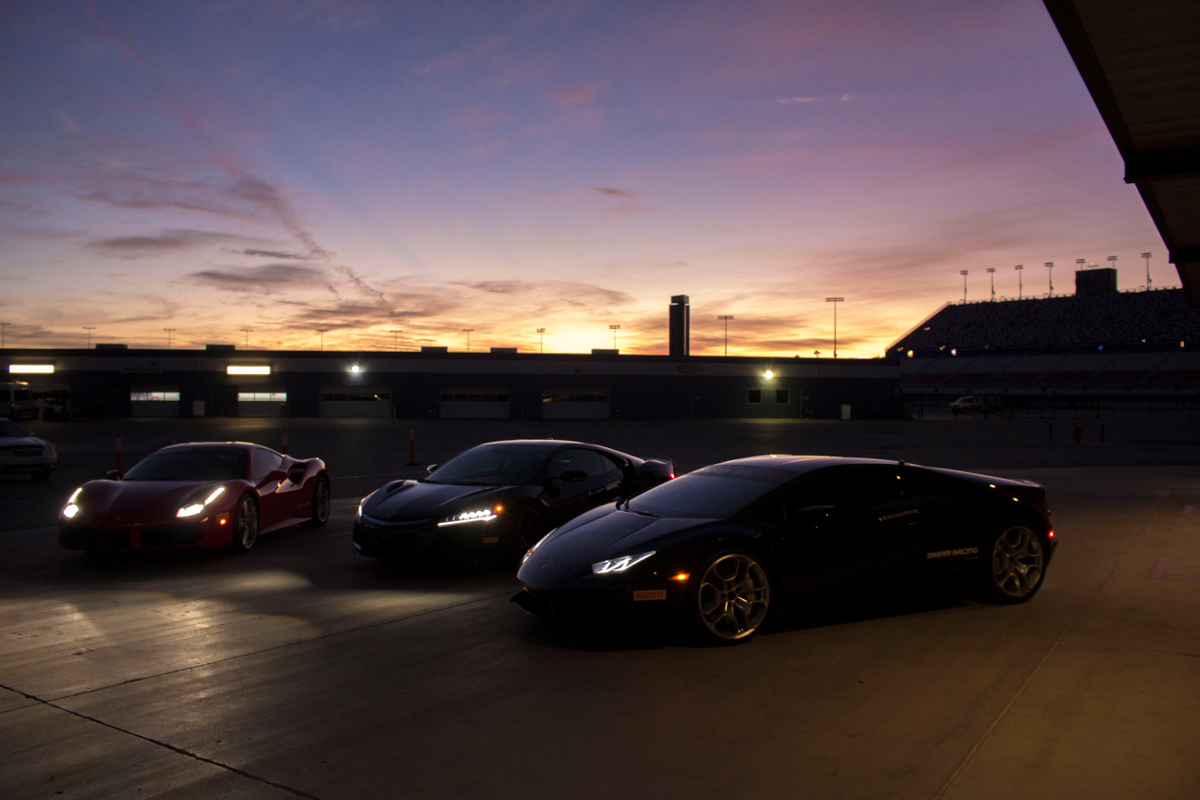 Dream Racing also just added a completely new experience to their line up, a two person ride along in their drift cars where the instructors race and battle for position in 2 lap thrill ride. The drivers will head around the track within mere feet of each other while the whole time overtaking and drifting past each other in a simulated battle which for the customer is a totally intense and exhilarating ride. Dream Racing really have shown that if you want to experience a Drift in Las Vegas, then this is the place to do it. 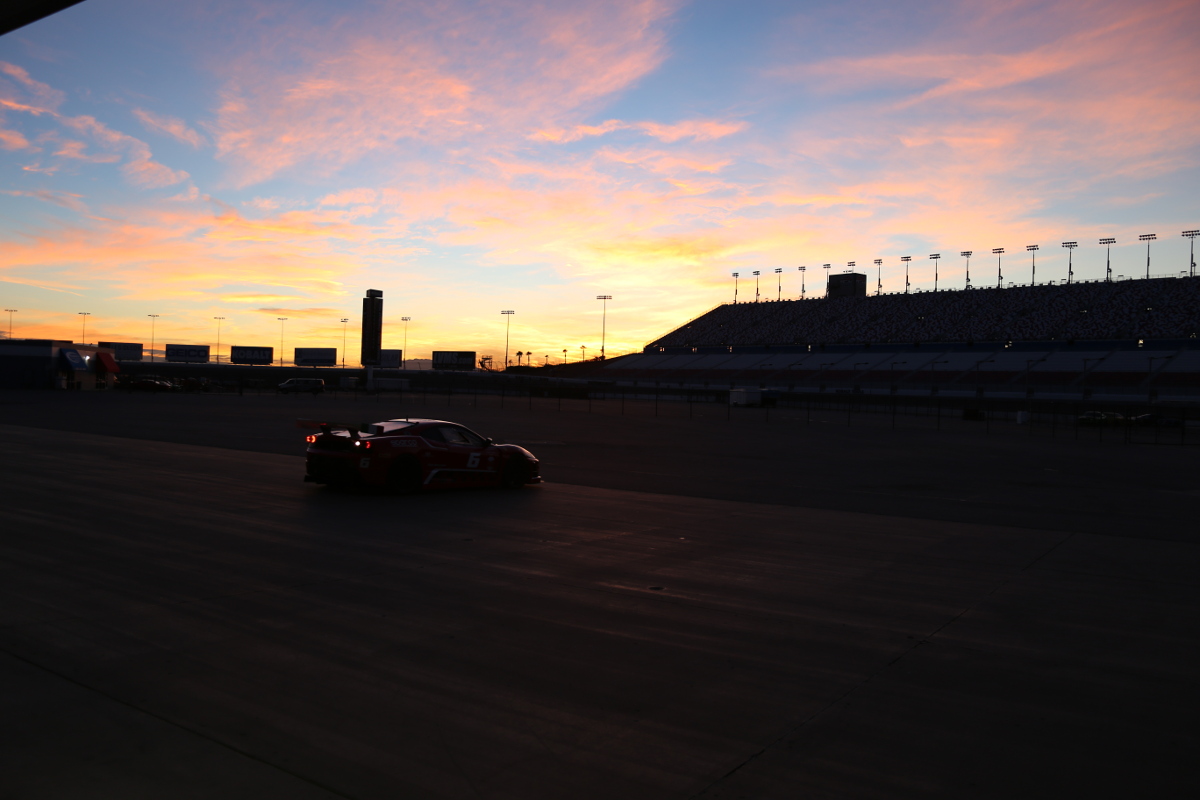