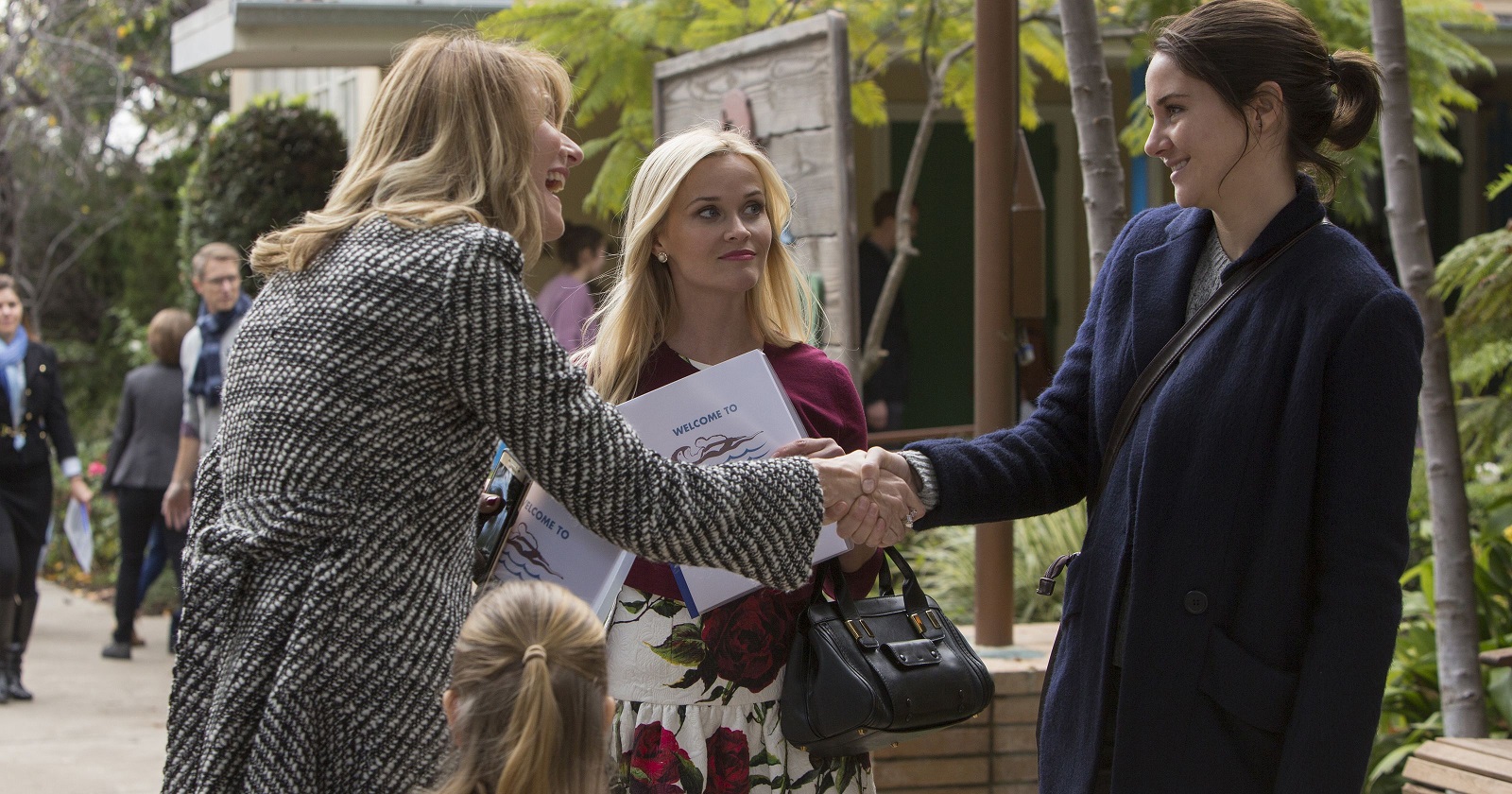 Big Little Lies Will Make You Happy to Be Poor

Advertisers will tell you that representation is important. If you don’t see someone in an ad that you can identify with, odds are good you’re not going to buy whatever it is their selling. That’s kind of how I feel about HBO’s new seven-show series, Big Little Lies: unrepresented.

I’d venture to say I’m not the only one finding it difficult to identify with the uber-wealthy and viciously-petty inhabitants of David E. Kelley’s Monterey. And here I thought California’s central coast would be an idyllic place to live. Alas, in Kelley’s true crime, dark comedy, outside appearances mean nothing.

Kelley, as you’ll recall, created such hits as The Practice, Ally McBeal, and Boston Legal (among many others). None of which honestly intrigued me, as they were all a bit too soapy for my taste. But this is an HBO show, so attention has been properly paid.

Who else but HBO could wrangle so much talent into one project? Reese Witherspoon leads the cast as meddling Madeline Martha Mackenzie, a “bulldog” of a full-time mom, who seems to be at war with all of Monterey, particularly Renata Klein (Laura Dern), a bigwig in both tech and the PTA.

Madeline and Renata’s precarious relationship is set tipping towards freefall when Renata’s first-grade daughter gets choked on the first day of school. She accuses Ziggy, the son of mysterious newcomer Jane Chapman (Shailene Woodley), who Madeline has already warmly befriended. Ziggy denies the claim, and battle lines are drawn.

Adding to that tension are the myriad other battles of the other wealthy, broken, and vindictive residents of Monterey, including those played by Nicole Kidman, Alexander Skarsgård, Adam Scott, and Zoë Kravitz.

We learn early on that a murder occurs at the school sometime shortly after the choking incident. So the stakes are immediately raised. Now here we, are three episodes in, and we still haven’t learned who was killed, let alone whodunit.

Wrangling all these juicy plotlines together is Reese’s Wild director Jean-Marc Vallée, who showed her the way to an Oscar nod. He also directed Matthew McConaughey and Jared Leto to Oscar gold in Dallas Buyers Club. So yeah, there’s plenty of talent involved. Indeed, the only reason you stick with these vile characters is because the acting makes them seem somewhat human, though still not relatable.

Indeed, now that I’ve gotten a good, dirty look inside the beautiful homes of these truly ugly people, I’m not sure how much I really want to step back inside. They’re terrible, insidious, ruthless people, who I’m happy to have nothing in common with. Perhaps that’s the best reason to continue watching: to feel better about my own, ocean-view-less lot.