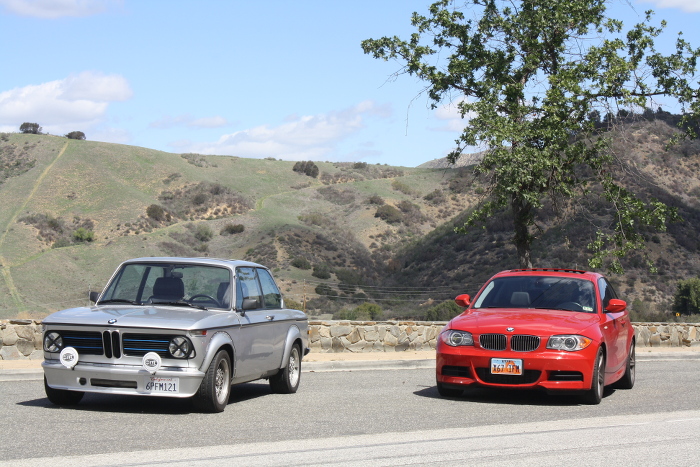 Has BMW Lost the Plot?

I recently had occasion to drive BMW’s 1-series rocket the 135i back-to-back with it’s spiritual grandparent the 2002. To put it bluntly, it was a sublime experience. Going from the 1970 go-kart to the modern 1 was like time traveling through evolution. These two cars are linked not just by their petite-ness, but by their connection to the road underneath and their absolute desire to be manhandled around canyon roads. But now I fear this evolutionary tree may have to come to its final branch.

BMW has been on a tear lately, sales-wise. They hold the the crown as the number one luxury automaker in the world on the back of countless new-money yuppies and their shiny 3 Series’. At the same time though, the Bavarian giant has recently expanded its lineup to fill every conceivable niche in personality and buyer. That vaunted 3 Series line has now been split into 3 and 4 Series depending on how many doors you want. From X1 to the upcoming giant X7, there are suddenly more SUV choices than there are types of drivers. And worst of all, the upcoming 2 Series Active Tourer is going front wheel drive. And as this strange little car runs on the same underpinnings as the new 1 and 2 series, it is high likey (and BMW has already started indicating) that their entire small car and CUV lineup with go front wheel drive.

Having a massive 45 car lineup of idiosyncratic cars is confusing but forgivable. Less pardonable is throwing away 30 years of heritage to split the 3 Series line in twain with the 3 and 4 lines. But absolutely damning is the abandonment of what made them “The Ultimate Driving Machine” – a completely rear wheel drive lineup. the driving dynamics of a rear and front wheel drive car are fundamentally different. And while the average 1 and 2 Series driver may not consciously be able to tell their sled is pushed from the rear, one must wonder what effect the change to front-wheel drive will have on those same owners’ desire to step up into a 3 or 4 series.

I have faith that all the global auto industry will soon face a reckoning and be forced to shrink their ludicrous number of car models back down to a reasonable number. It is also possible but less likely that 5 years from now BMW will want its heritage back and discontinue the 4 and 2 Series name. But I fear once the front wheel drive demon is out of the box at BMW, it will be impossible to put back. The 2002 and tarted-up 1 Series could soon be just relics from history.