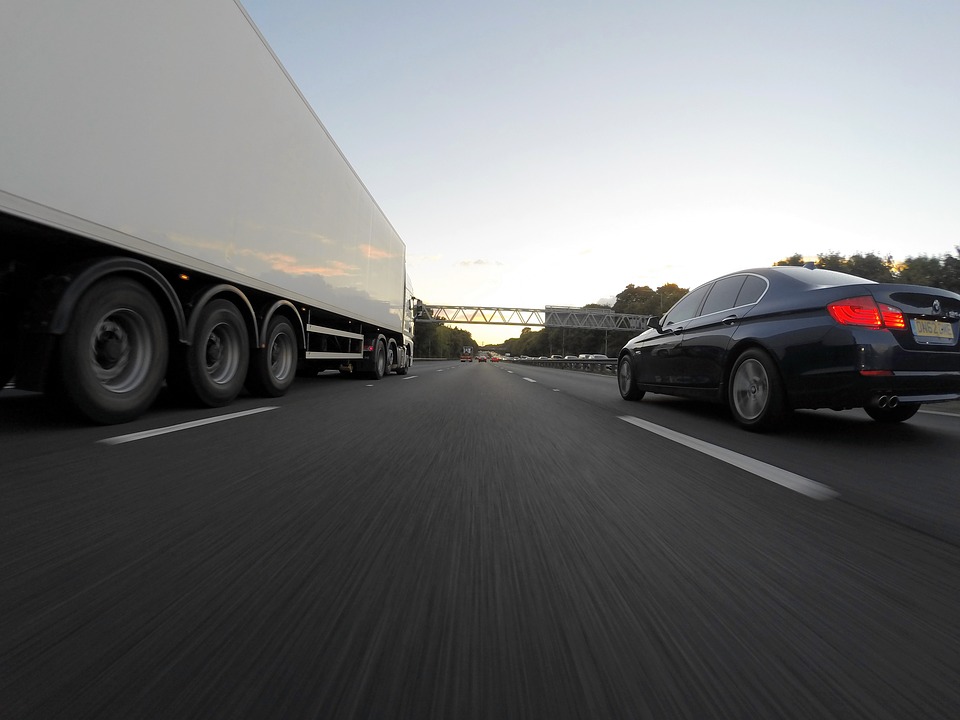 A Matter Of Road Manners: Exercising Courtesy When Driving Near Trucks

There have been times when we’ve all been a little cheeky on the roads. But of course, we know that it’s these little moments that could result to major incidents on the roads. One example is when we drive near to trucks. We see it all the time, people think nothing of getting in front of a truck if there’s a gap big enough for the car. But have you looked at it from the perspective of the truck driver? It’s unlikely. The big thing we all have to consider when driving near to trucks is to exercise some common courtesy. So let’s get this set right…

What Does The Truck Driver Need?

We have to think about it in terms of their cargo. Major 18 wheeler vehicles are that much bigger, and therefore, they need more of a braking distance, additional space to manoeuvre and the blind spot is way bigger than in our cars. It is hardly a surprise that lawyers from Gray and White Law and other car accident law firms are inundated with cases relating to truck accidents. Because we look at it from our own perspective as drivers, that we think nothing of pulling in front of a truck, because, clearly, the truck has brakes, so they can just slow down, right? Because the braking distances that much bigger, if you are bumper to bumper with that truck, and they’ve got to slow down considerably, but they end up hitting you, they’re not going to be the one that gets damaged!

Passing And Being Passed By A Truck

A long truck is likely to have more cargo, and will require a more of a braking distance. So, if you need to get into the lane of a truck, ensure that there is as big a gap as physically possible. A lot of trucks are limited to certain speeds, so they are going to take a lot longer to get up to speed, and when you are passing a truck, ensure that you maintaining a steady speed. Their blind spot is bigger, so if they decide to pull out in front of you, they’re not going to see you. And when you pass in front of it, ensure that the entire cab is in your rear view mirror. It is rare that trucks switch lanes, but, again, as common courtesy, leave as much of a gap as possible, again due to the braking distance, but also be nice and wave them in if it is safe to do so.

Predominantly, you will see trucks driving overnight in darkness, and this means that the dangers are magnified considerably, for them and for you. Be careful when using your full beam headlights, because the reflections can impair the vision of the truck driver. The same applies when you are driving past a truck on the opposite side of the road. Really, as far as common sense is concerned, we should never mess with a truck, but people still decide to cut up a truck, despite the fact that the smaller vehicle obviously wouldn’t fare better in a crash.

When we are driving in difficult circumstances, we find it hard enough, now imagine what it’s like if we were a truck driver, carrying a huge amount of cargo. This vehicle is a million times more difficult to operate, requires so much more attention, and if we take our attention off the road, the damage could be catastrophic. Truck drivers go through these sorts of issues every single day. And while the notion of a truck driver is a very romantic one, hitting the open road, the reality is far different. It’s a very stressful job, where so many have had to give up because of near misses. A truck crash, unsurprisingly, is one of the most devastating accidents. But why do we still think nothing about cutting them up? Maybe it’s time for us to exercise some common courtesy, not just by looking at it from their perspective, but thinking a few moves ahead and what would happen if they were unable to brake in sufficient time. And we haven’t even touched on driving in bad weather. We know that our braking distance is increased by three during the rain, now, imagine how mentally taxing it is for a truck driver to navigate through difficult weather. Let’s make it easier on them, and exercise the most basic of common courtesy. We will all benefit from this.