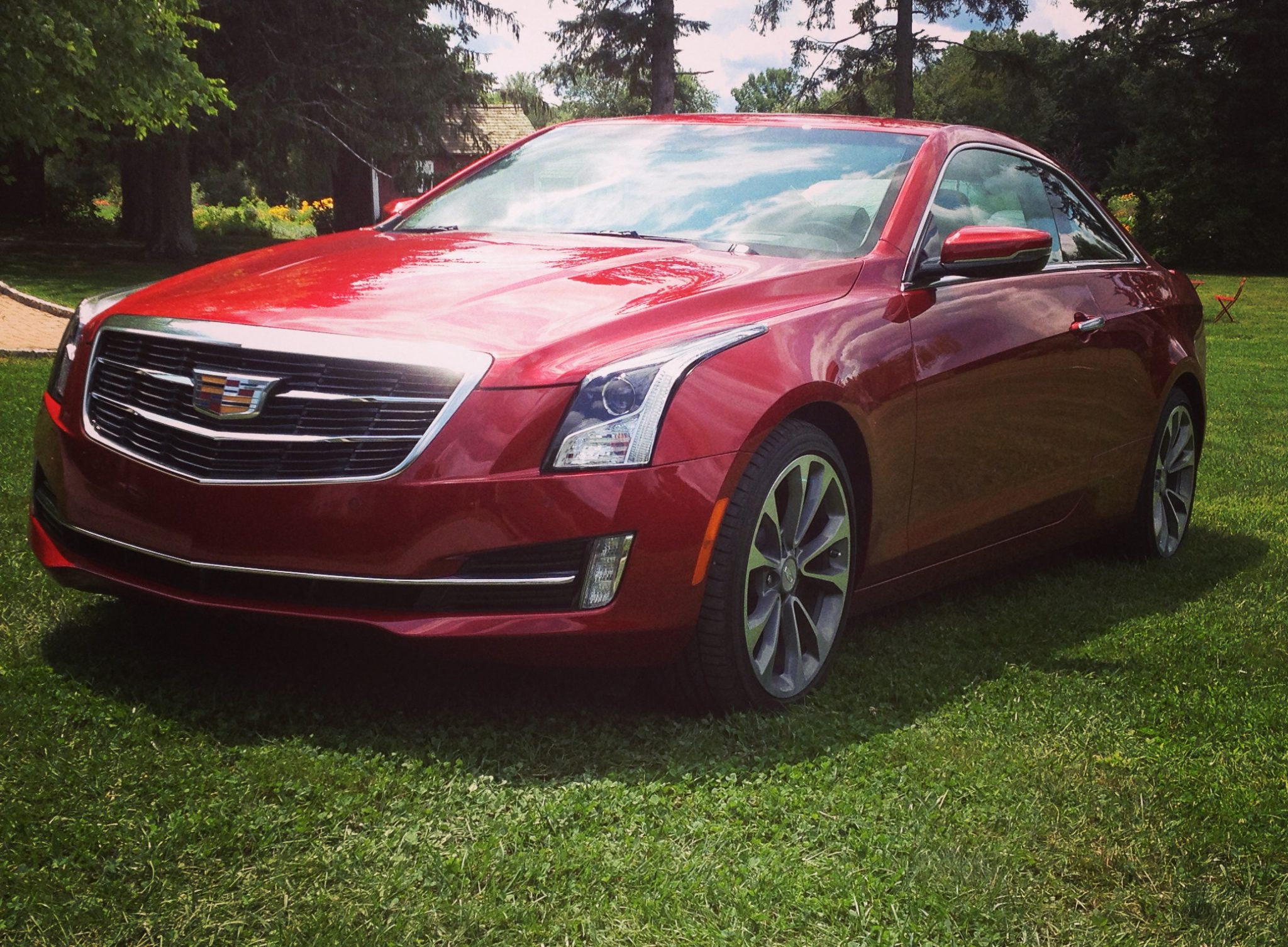 I can’t think of brand that gets pigeonholed into various stereotypes more than Cadillac. Mobsters and the elderly cruise in the sedans while rappers and athletes claimed the Escalade and because I’m none of these things Cadillac has gone overlooked by me a majority of my life. However, the 2015 Cadillac ATS Coupe is on track to completely flip my perspective.

For starters, simply put, it’s a great looking car. It’s a coupe so it has that sort of bubbly cockpit we’ve come to expect from them, but it doesn’t forget that it has evolved from a long line of well, long Cadillacs. You know, those Caddys of our grandfathers that appeared to be half a city block long. Well, the ATS isn’t nearly that long but the line from the front wheel back and the solid silver line above the windows invoke length reminiscent of the car’s older relatives.

The luxury that has become synonymous with Cadillac through the years is evident on the inside wear wood is real wood, leather real leather, and carbon fiber, you guessed it, real carbon fiber. In fact, the combination of materials in the interior is as near perfect as possible and certainly allows for the ATS Coupe to hold its own against the seasoned vets in this category: Mercedes, BMW and Audi. The only place where the ATS Coupe falters on the inside is in the ease of use of the entertainment console. Granted this is something you inevitably get used to, but off the bat working the touch screen to control the navigation and radio was nowhere near as easy as some of the cars competitors. Additionally, the touch system used for the climate control takes some getting used to verse traditional buttons and I found myself often hitting things I didn’t mean to.

Available in two engines, a 2.0L turbo and a 3.6L V-6, I was fortunate to drive both, the 2-litre in the AWD and the 3.6-litre in the rear wheel drive. While I found the driving experience to be quite similar I did prefer the 3.6 for its acceleration on the highway. The 20 lb.-ft more of torque gave the 2.0 nice acceleration but the 49 less horsepower made it a bit sluggish hitting the gas at speed. Considering I do more accelerating to pass on the road than I do gunning it from a dead stop this is something of importance to me. Handling and braking between the two were nearly identical and spectacular, in part due to the standard Brembo brakes, but also because Cadillac just has it dialed in.

As I still struggle to see Cadillac as a young persons car the way that I do others in the same class as the ATS Coupe, the engineers have done their job in creating a coupe to compete in this segment. It’s now in the hands of the marketing department to see if they can sway public perception in their favor and away from past stereotypes.