9 Most Popular Rappers and Their Stories

Rap music was conceived in New York’s The Bronx district during the 1970s. It didn’t take long for it to become extremely successful, and now, it dominates the music industry. Because rap music was created in one of America’s most dangerous, impoverished districts, it’s no surprise that rappers themselves often have colorful, extraverted personalities, and aren’t reluctant to speak their minds.

Some rappers have more interesting stories than others; in fact, some of their stories are beyond belief. This article will cover nine of the world’s most popular rappers and their stories:

50 Cent is a rapper from Jamaica, Queens, one of New York’s most dangerous districts. He began in the 1980s as a teenager, but it was only after the rapper was shot nine times in an assassination attempt that his career took off. Now, he is a powerhouse in the music industry and has produced and acted in several TV series and a multitude of films. 50 Cent is also no stranger to controversy, having openly engaged in rap beef with contemporary musician Ja Rule. The two still have bad blood to this day.

Eminem, a contemporary of 50 Cent and West, was one of the world’s first, and most successful, white rappers. Eminem is from Detroit, Michigan, a city known for its violence, crime, and drug use. Eminem’s career rose to prominence around the same time as 50 Cent’s did, and he quickly became a household name. The rapper, like his colleague and contemporary 50 Cent, has had multiple beefs with other rappers, including Ja Rule, Royce da 5’9”, and Everlast. While Eminem is not as popular now as he once was, his music is still enjoyed by die-hard fans and is praised by critics.

Max B, also from New York, is something of a cult icon in rap circles. Max B only became a household name after the rapper was convicted and tried for an armed robbery that turned deadly. Fortunately for Max B, his conviction was overturned, and the rapper is scheduled for release next year. One of Max B’s frequent collaborators was French Montana, a rapper who has achieved immense success. French Montana has supported Max B’s release and openly advocated for his innocence. He was instrumental in bringing media attention to Max B’s case and ultimately overturning the rapper’s original conviction.

Tupac Shakur is the world’s most iconic rapper, it’s a fact that can’t be argued with. He has been immortalized in film, music, and art. Unfortunately, Tupac was murdered in Las Vegas. The rapper’s death has become a hot topic in rap circles, with some believing he was assassinated by the government, and others claiming that he is still alive. Tupac’s music changed the rap industry. He has inspired thousands of rappers, including some of the world’s most famous and popular. Shakur may have died young, but his music will live on eternally. 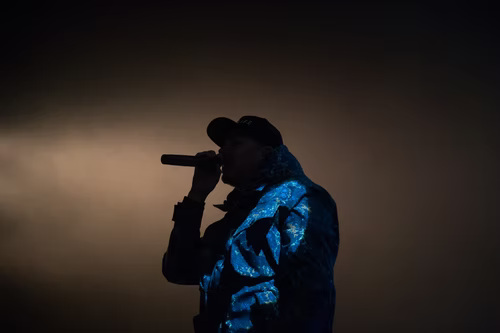 Melle Mel is credited with being the world’s first rap MC (Master of Ceremonies). Mel rose to prominence in New York’s The Bronx district. He later became a member of Grandmaster Flash’s and the Furious Five, where he rapped on perhaps the world’s most iconic song, The Message. The Message went platinum in under a month and was the first hip-hop song to be added to the United States National Archive of Historic Recordings. It was also the first hip-hop record inducted into the Grammy Hall of Fame. Melle Mel’s music is still enjoyed by millions of hip-hop fans from around the world.

The Notorious B.I.G was one of New York’s most famous rappers, perhaps best known for his rap beef with Tupac Shakur. After Tupac’s death, which conspiracy theorists have attributed to the Notorious B.I.G’s manager Puff Daddy, the Notorious B.I.G was himself assassinated while leaving a nightclub in Los Angeles. Like with Tupac, Notorious B.I.G has gained international fame and is widely regarded to be equal to Tupac in ability and skill. Many consider him to be a better musician than Shakur, although that is something of a hot topic.

MF Doom was an English-American rapper, born in Hounslow, West London. As a young boy, MF Doom’s family relocated to America, where he lived for the rest of his life. MF Doom is widely considered to be one of America’s best underground rappers and was on par with contemporaries like the Wu-Tang Clan. MF Doom’s music was gritty, hard-hitting, and very unique. The rapper’s wordplay was incredible, which ingratiated him to fans of underground rap, a genre that was dying and being phased out by modern hip-hop at the time of his emergence. MF Doom unfortunately died last year, but will be remembered by fans, and immortalized by his music and contributions to the rap industry.

It would be impossible to have a list of rappers, without mentioning the Wu-Tang Clan. The Wu-Tang Clan was a rap collective from Staten Island, New York, who completely changed the rap landscape. Their gritty, urban sound was unrivaled. The Wu-Tang Clan’s members all went on to have very successful careers, with perhaps Method Man having the best out of all of them. RZA, Ghostface Killah, and Inspectah Deck have also achieved widespread acclaim and success with their solo careers.