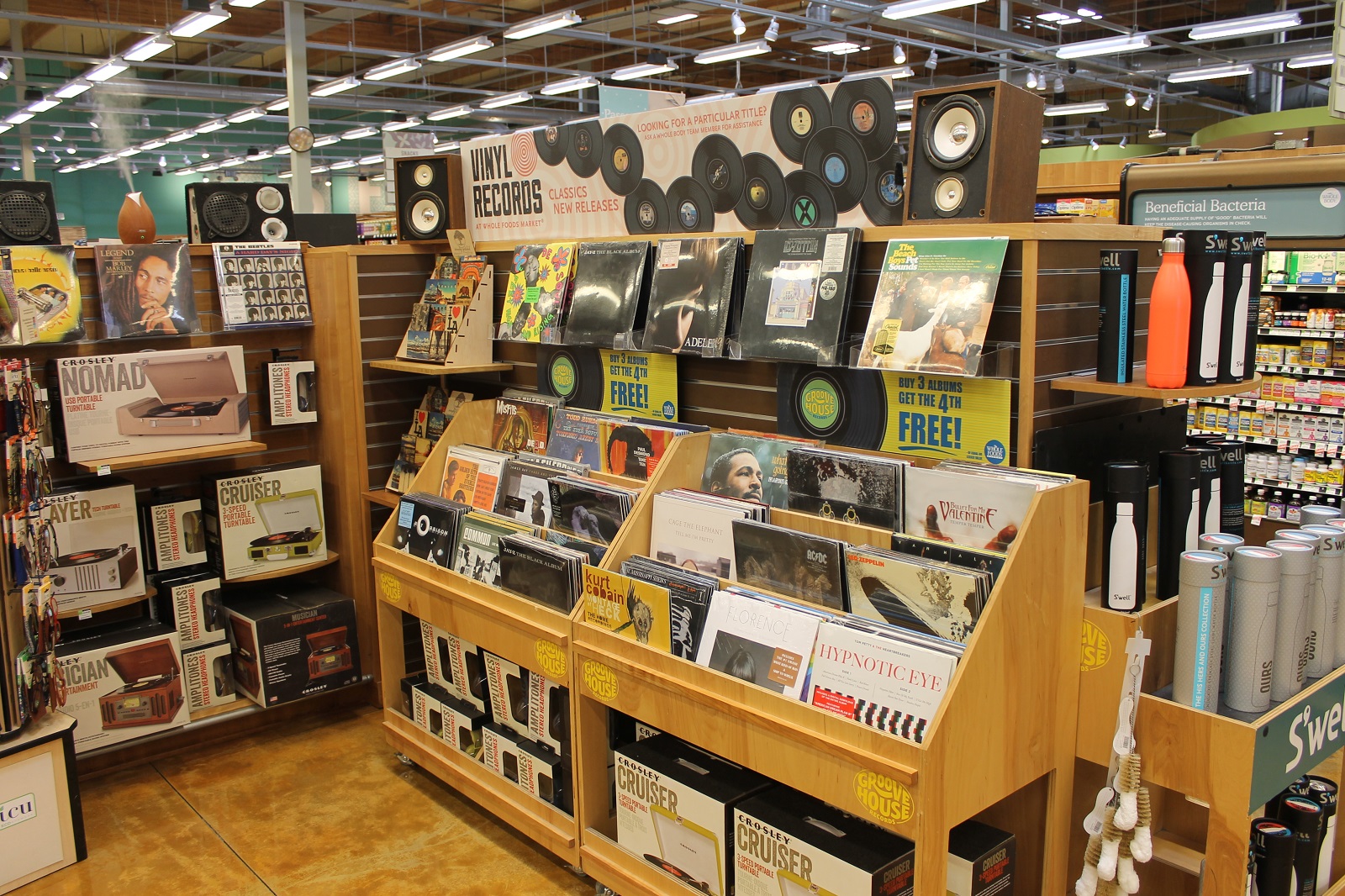 It’s pretty popular to hate on Whole Foods. “Whole Paycheck,” as it’s known, has a richly deserved reputation—see asparagus water—for ripping off its clientele. And at this point, a large portion of the population will view everything it does with a scaly eye of cynicism. So when endcaps of vinyl records began appearing at Los Angeles area stores, the criticism on social media was swift and withering.

Of the reactions I read, most seemed to balance on the theory that Whole Foods was co-opting a culture, and it was some kind of heretical hipster sacrilege to offer records under the same roof as organic arugula and grain-finished beef. And I didn’t get it. Seeing records for sale anywhere makes me happy.

I got into vinyl largely by accident, around 1999. A roommate had gotten a turntable for Christmas, and after watching the spectacular Go-Go’s episode of Behind the Music,  I wanted to get some of their music. The Tower Records in Seattle’s University District had the compilation that accompanied the episode—but it was something like $19, which I thought was outrageous. Instead, I went to one of the used vinyl shops a couple blocks down, and picked up the group’s entire catalog for $7 and change.

Obviously, in the nearly two decades since, the vinyl market has changed, and deals like my Go-Go’s hat trick are harder—though far from impossible—to score. Fortunately, virtually all the changes have been for the better. Yes, there’s been criticism that the many major-label reissues have made some smaller publishers wait for the better part of a year to get their albums made. Also, there’s no doubt that records have gotten more expensive, sometimes stupidly so.

But the format’s recent resurgence has been generally great for fans, who are seeing legions of labels pressing their artists to wax. And for the first time in a generation, brand-new record making machines are hitting the market, which will make it easier for plants to scale up, without having to scour the earth for tired, ancient presses. Even the venerable Technics 1200—the gold standard for radio stations, clubs, and DJs—has returned to production.

Whether the boom will last is anyone’s guess. But as a dedicated vinyl junkie, when I see records at a fancy grocery market, or a trendy fast-fashion store,  I don’t feel pandered to, or like my hobby has stopped being cool. I see the signs of a healthy, vibrant industry which will continue to spread joy long after I’m gone. So even if I never actually pony up $30 bucks for reissue of the Beatle’s A Hard Day’s Night with my produce, it’s great to know I could.