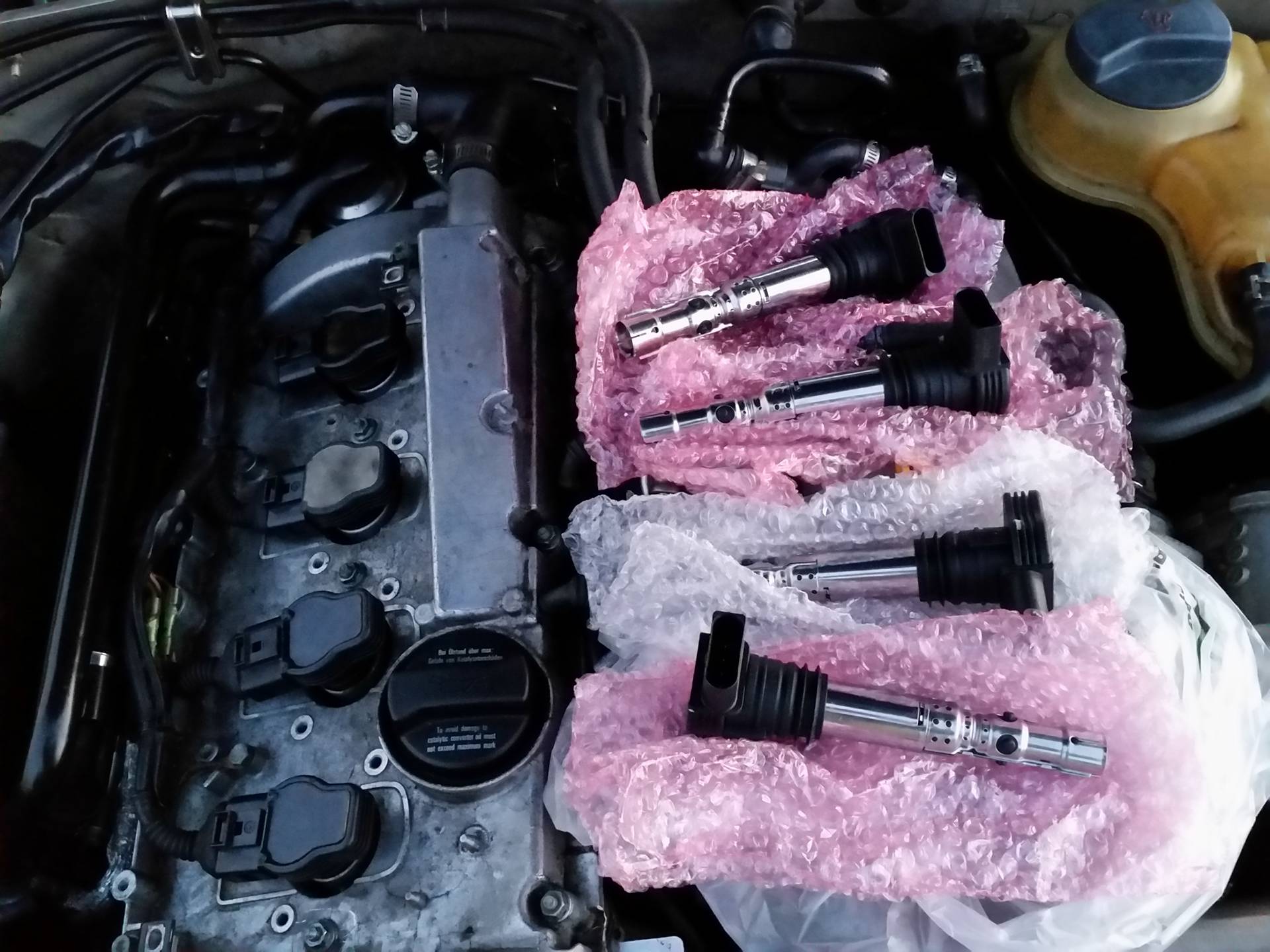 Welcome to part III of Will It Flip!? It’s been a while since Part II so I’ll bring you up to speed by condensing about three days of work. Most of the basic maintenance had been done…or so I thought. I left off working on this car in Part II by idiotically dropping a really important bolt somewhere and stripping a hole in the engine block. Fun times. It’s all part of how to flip a car

After several days of beating my head against a wall for threading the screw hole on the engine block, I finally found the drive to start work on the car again. I started with spending about twenty minutes under the car trying to find the dropped bolt only to find it resting behind the lower control arm. Great, I guess. Now during those days I didn’t work on the car, I was reading all I can about fixing a stripped hole in a tight spot. Here are some of things I could have done: stuff the hole with copper wire and hope the bolt screws in tight, JB weld the screw on without thought of ever needing to remove it again, or use a power drill to create a new hole which due to space would be impossible unless I remove the engine. There was no way in hell was I going to do the latter and all the other options didn’t provide practical solutions, considering that this is a high temperature part that might need future replacement. I figured the next smartest move would be to go to the hardware store and ask what I could do about the stripped hole. After a few conversations with some helpful employees, I was directed to fix it by hand with the purchase of a tap and die set. A tool that lets me hand make a new thread from a 6mm bolt hole to a 7mm. 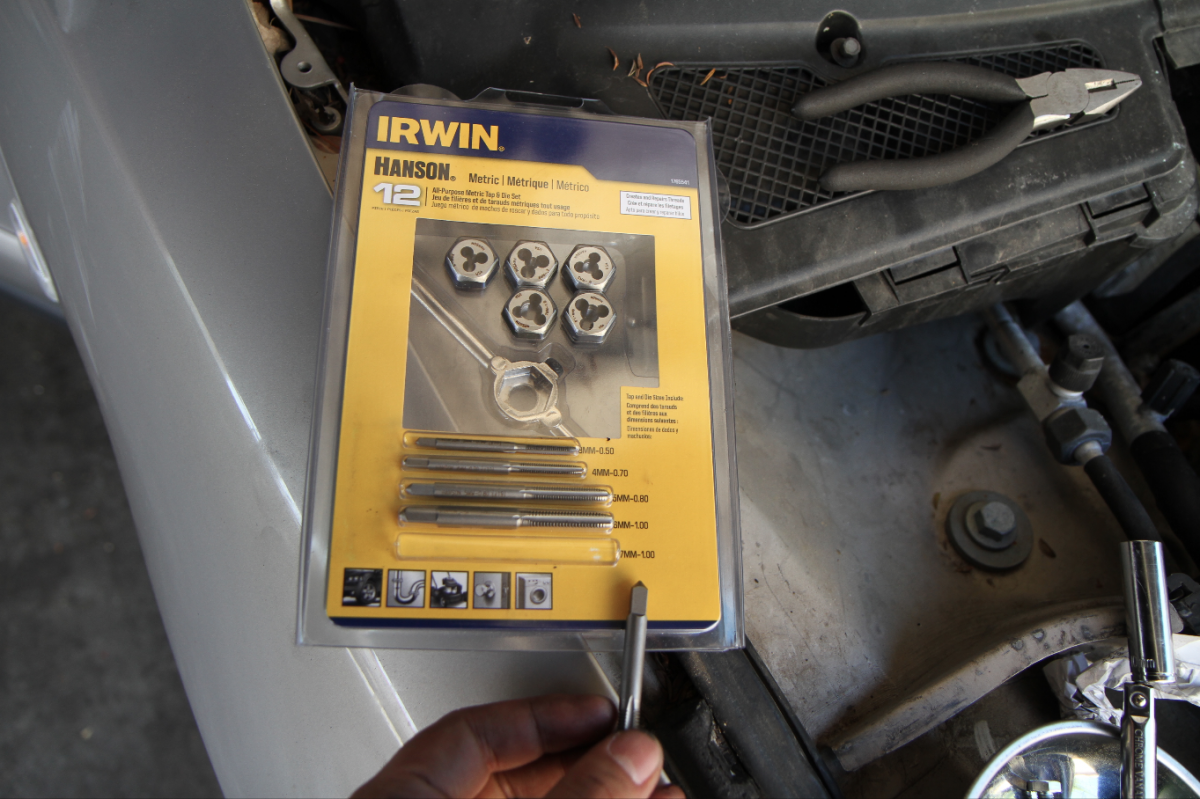 Of course when I came home and got to wrenching, the handle that came with the tap and die set wouldn’t fit due to the tight spot. Luckily, I managed to accomplish tapping my 6mm hole to a 7mm using an adjustable wrench acting as a handle. Since everything on this project seemed to abide by Murphy’s Law, for precautionary sake I sealed the unit with blue locktite and gasket sealer.

Finally with the new rear coolant flange bolted safely down, I reassembled the engine bay back. I started up the car and the moment of truth happened. I let it idle for about five minutes and everything seemed fine. With the hood popped I inspected the problem areas. All the leaks were gone. I invited my friend Ted out to the gas station across the street to fill up. I figured it would be a great idea to have him come along since he’s pretty familiar with Audi’s. We were discussing the differences between my A4 and his S4 when right as I pulled up to the gas station he pointed out steam coming from the engine bay. Fuck, again!? 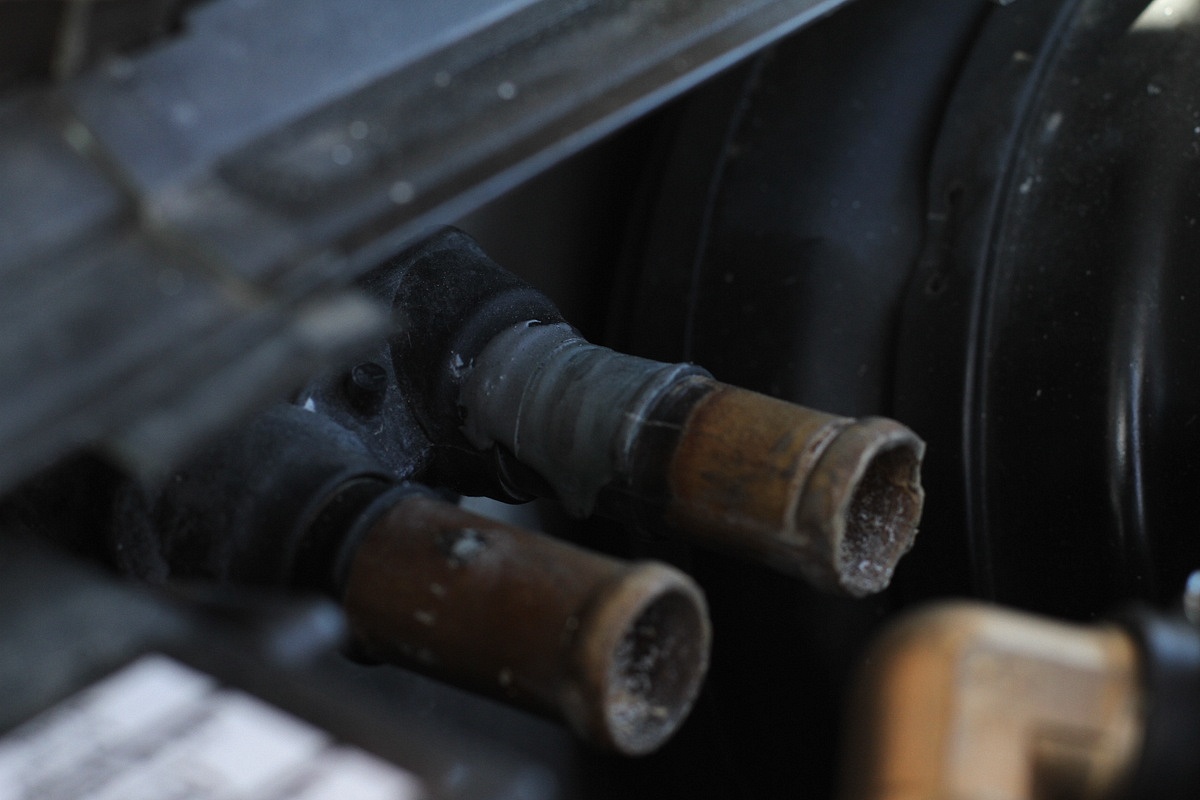 I turned off the car and popped the hood only to have my shirt meet lukewarm coolant spewing from the plastic coolant line closest to the firewall. Despite the set back I was thankful that the coolant wasn’t hot; and despite that this infinite coolant leak won’t go away, this was an easy fix. The answer was to JB weld the plastic piece. That’s it.

About ten hours later, with the pipe sealed and hoses reconnected, I decided to take it for a drive around the block…only to have the car rumble like a boxer engine and sputter into limp mode after the first corner. The check engine light flashed repeatedly at my face mocking all my efforts of fixing it. As I cursed the car while making a U-turn, it must have heard me because it died midway. I had to push it back into a safe spot. Fortunately, Ted owns an OBDII reader. Once plugged in, the computer threw a misfire code along with three other codes, but of course being that this was my first time using this reader, I accidentally accomplished a reset before reading the other codes; Murphy’s Law. 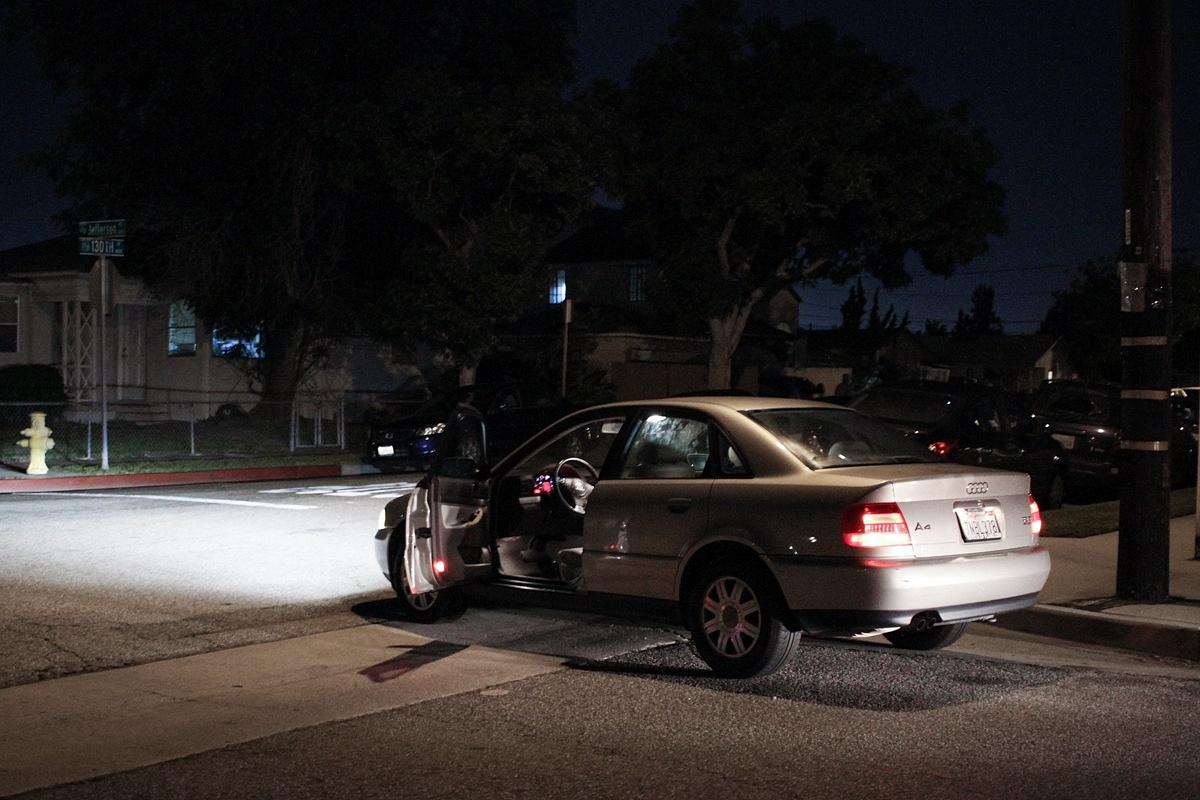 That that night I called up Richard and gave him a rundown of what’s going on. He suggested that the problem was either my coil packs or spark plugs. Being that I just swapped the spark plugs, coil packs were undoubtedly the answer. For $25 bucks a pop, my new set of coil packs came in within a few days of ordering. I gleefully installed them. Now if you ever need to do this on your car, never pay anyone to replace them. All you have to do is just unplug the existing coilpacks from the harness, pull them out, insert the new coils in, and plug it back in. Literally plug and play. I started up the car and viola! The check engine light was gone, the car didn’t shake, and gone was the Subaru boxer engine sound. 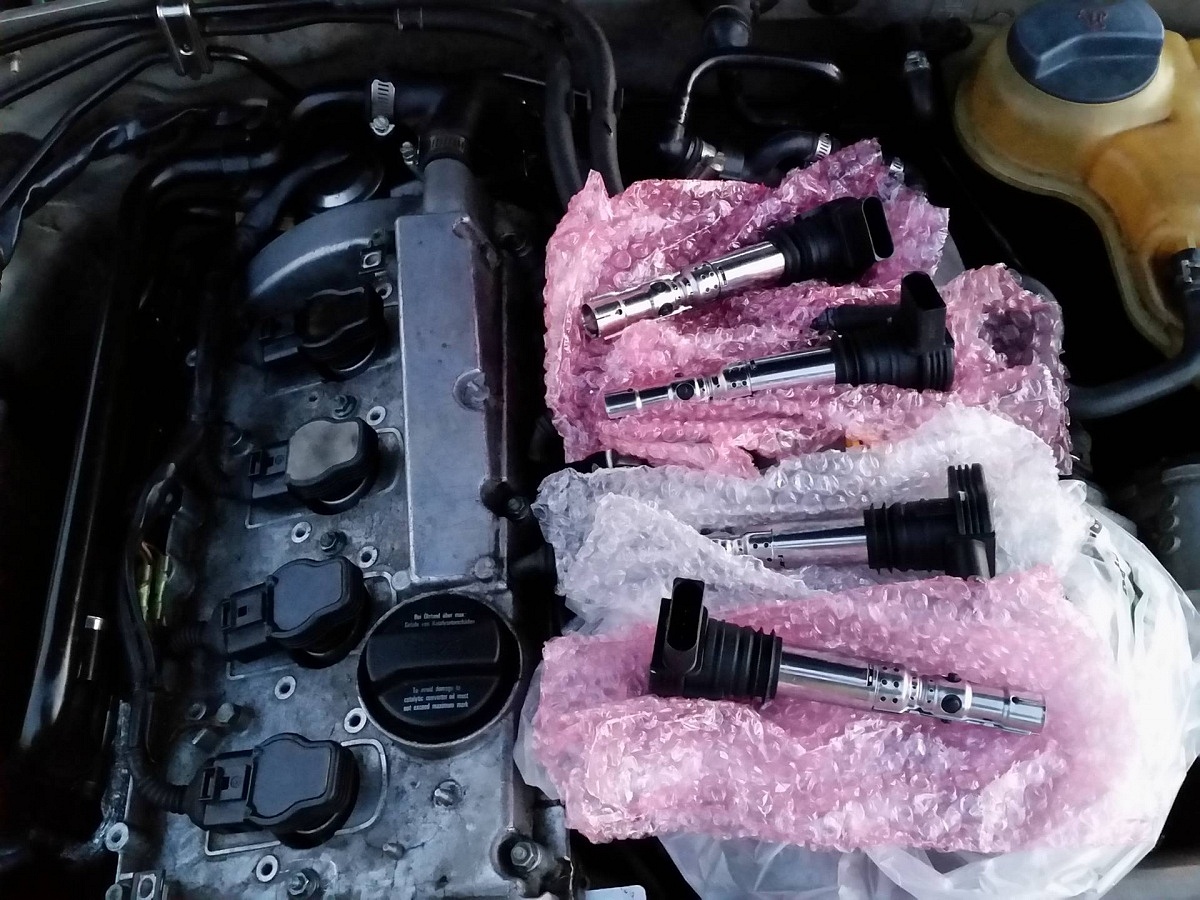 Now, for the rear wheel bearing fix. Although my initial goal of fixing this car was to work on it purely with my own tools in my garage, there was one job on this car that was beyond my skill level and equipment. That job was replacing the rear wheel bearing. After some researched I only had three real options. The first option was purchase the wheel bearing ($25) and own a bearing presser which I obviously don’t have; and the second option was to purchase a whole hub from a donor A4 (~$150), which can be sketchy as I would be running the risk of installing a faulty bearing. The third option was to give it to the shop. I went with the dreaded third option, shelling out a whopping $280 to my local mechanic for parts, labor, and peace in mind. Despite the job taking a deep cut into my future profits, I really didn’t want to take any more chances. 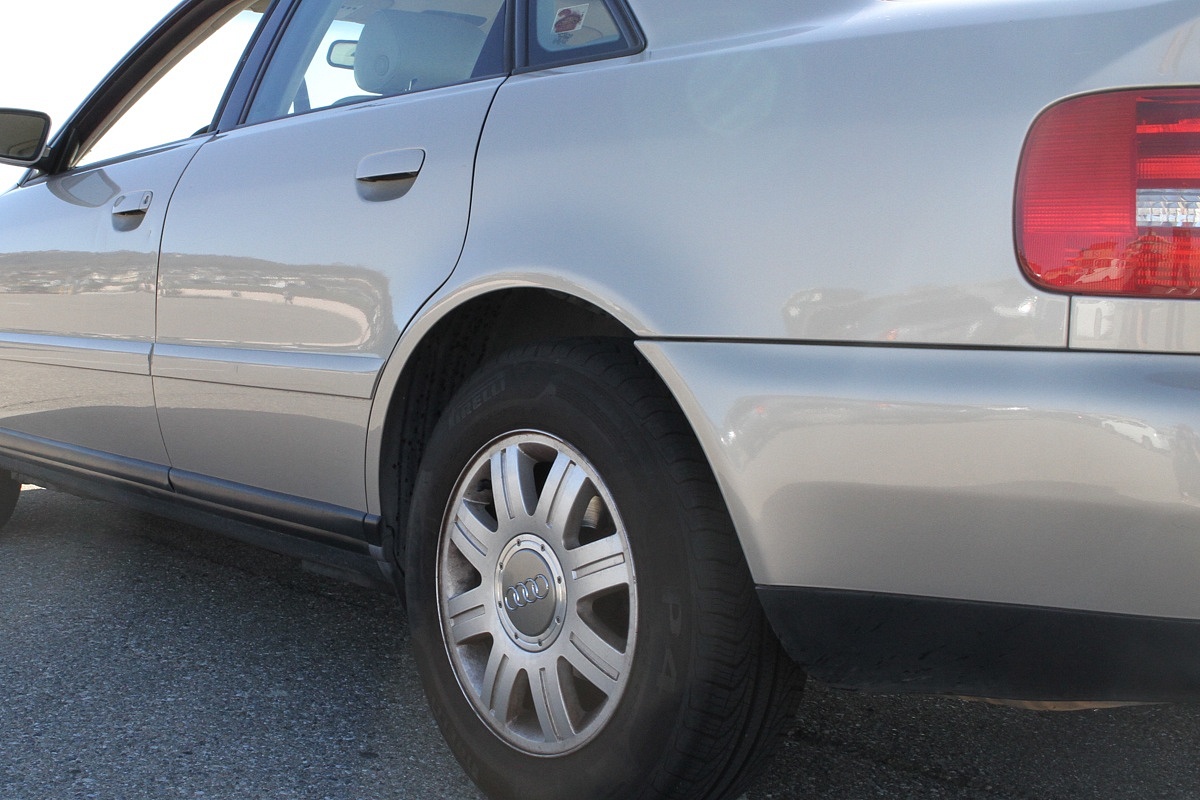 I got it back the following week, additionally installed the missing wheel cap. During the short eight block drive home, it didn’t overheat and the engine ran smoothly. Being that the car felt great as I drove it back from the shop, I went for victory drive and afternoon run at the beach. I live about six miles from the Redondo Beach so I expected the drive to be a piece of cake. I was looking forward to knocking out some photos while I was at it, albeit Murphy’s Law doesn’t visit me again. But it does.

On the way back, just about seven neighborhood blocks away from home, the car started smoking, this time from inside the cabin. The temperature gage was yet again reading higher than Snoop Dogg narrating Animal Planet. Bewildered and exhausted, I made a turn into a supermarket lot, parked it, and walked home. 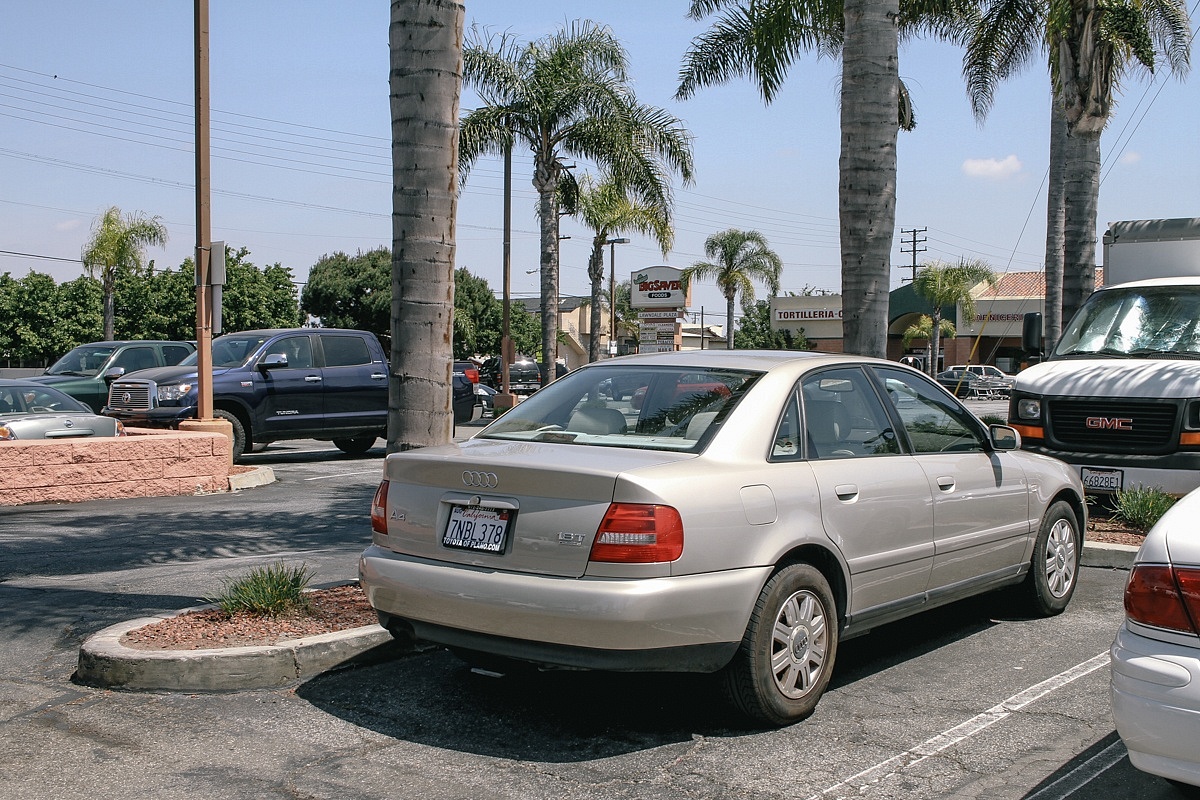