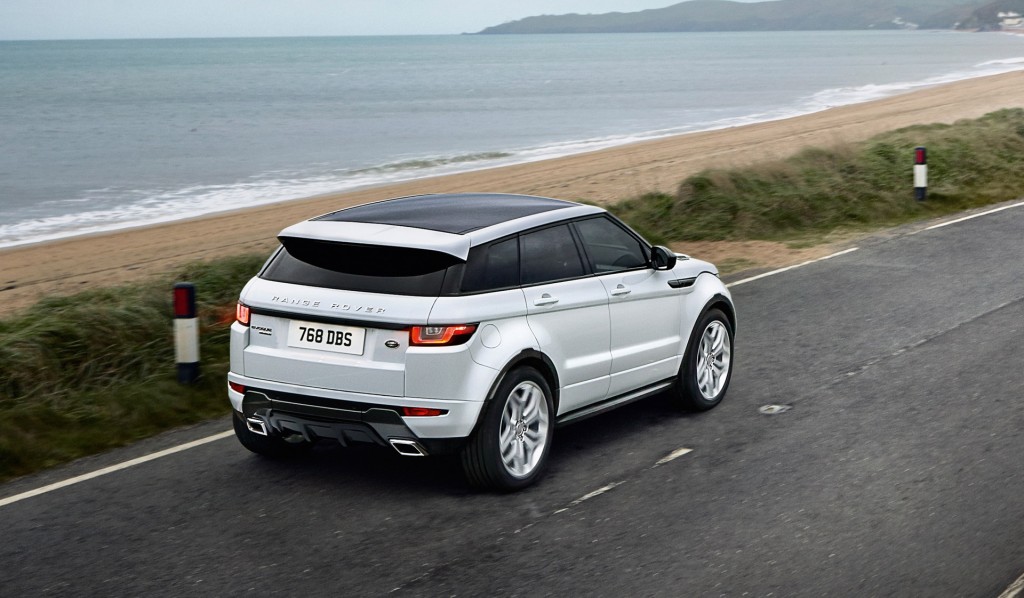 Building luxury sport-utility vehicles is not something new for Land Rover, as they have been doing it for years now. This is one of the reasons why it shouldn’t come as a surprise when the 2016 Range Rover Evoque leaves behind other crossover SUVs where the tarmac meets uneven dirt roads. Even at its basic trim, the Evoque comes with an impressive collection of features. However, is this enough to compensate for a rather small cabin and somewhat reduced power?

The 2016 Range Rover Evoque can be acquired in both two-door and four-door body styles. While the coupe version comes with SE Premium and HSE Dynamic trims, another two options are added to the 4-door version: SE and HSE. As mentioned above, the Evoque comes standard with a bunch of luxury features which some premium sedans may not even offer in their highest trim. A set of 18-inch alloy windshield wipers with automatic startup, front and rear parking sensors with rearview camera, privacy glass and an auto-dimming rearview mirror are just some of the elements included in the basic trim.

An 8-inch touchscreen connects to a 11-speaker Meridian sound system for a brilliant multimedia experience. Tall adults may not be able to confidently fit inside the crossover since the sloped roof dramatically restricts head room; pinched side windows don’t allow too much light to enter the cabin so you may feel a stranded sensation at times.

A 2.0-liter four-cylinder engine has been mounted beneath the hood of the 2016 Evoque; it manages to pull out 240hp and 250 lb-ft of torque which are pushing the crossover from 0 to 60mph in 7.2 seconds. While it’s considerably below the segment average, Evoque recovers through an impressive fuel economy. At 24 mph combined, Evoque holds one of the top positions in terms of fuel sipping.

A 9-speed automatic gearbox takes care of fuel economy and also delivers power to the wheels, aided by Land Rover’s Terrain Response system with customized setting for both road and trail environments. Along these, the Evoque comes with hill start and descent assist.

Unfortunately, while looking powerful on paper, the 2016 Evoque lacks the impulsivity and strength of competitors such as Porsche Macan or BMW X3. The crossover seems to really push forward only at high RPM while downshifts are rather tricky. On the other hand, quality of build and the huge range of luxury features is where the Evoque catches up from behind.