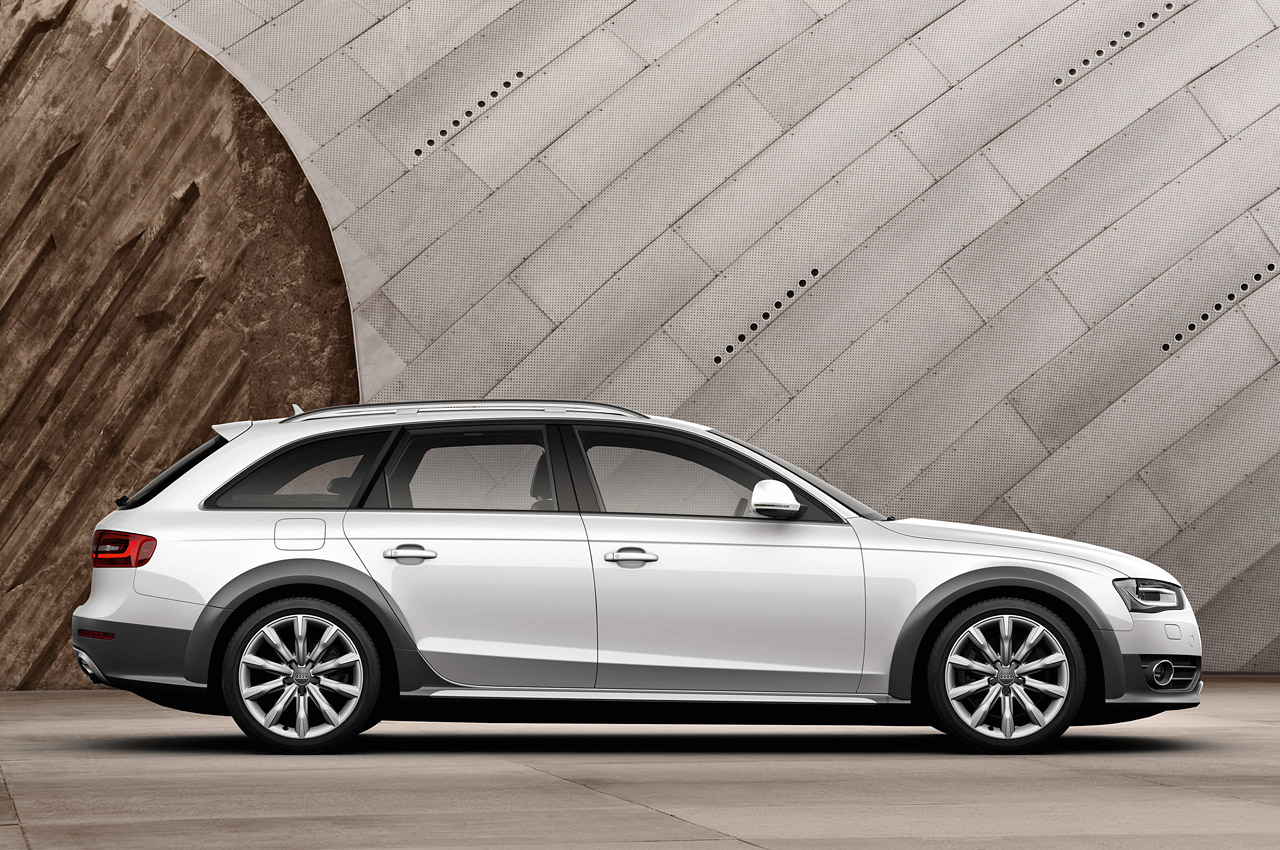 The Audi Allroad is a vehicle synonymous with capability, be it on the road or off exploring some trail, it has always been a vehicle a bit outside the norm.  Originally built on the Audi A6 platform, packing features like air ride suspensions and skid plates, the new rendition of the Allroad name lands on the A4 platform, though sans air ride. Often, manufacturers tend to go bigger when building the newer cars, but in this case, the step back to the A4 shows the change of the times within the market as well as Audi. But this does not mean the vehicle is any less capable, just looked at and refined.

The original Allroad was a magnificent vehicle in concept, but maintenance issues abounded with the ride, from failing suspensions to a very money-hungry, maintenance-needy engine that was usually the first complaints from owners. While the vehicle set the tone and introduced many customers to the idea of a large, multi-use wagon for the daily use, the issues put the black eye on the car, causing more frustrations than anyone wants to go through.

And when Audi announced a few years back they would be bringing the Allroad back, but this time on the B8 A4 platform, there was hesitation, and rightfully so. But then came the word they had addressed the issues, removed the trouble spots, and rebuilt the vehicle with new intentions, hopes were raised. And upon delivery, it has shown to be refined beyond compare.

The 2015 Audi Allroad is nothing but amazing, from a solid interior matching the ever-improving Audi quality, to the style and look of the ride. On the road, the vehicle handles incredibly well even with it’s higher riding suspension, and often times, I forgot that the car could handle the light dirt trails around the state. It’s a wolf in sheep’s clothing of sorts being a luxury ride that is capable of taking on the dirt, and with Audi’s always incredible Quattro all wheel drive system, I would have no doubts heading up to the trails with it.

Engine performance is provided by the proven 2.0T found in the A4 and A6, and with the average fuel economy around 25 MPG with mixed city and highway driving, it was an absolute pleasure to drive. The wagon part is truly whats stands out though as more manufacturers focus less and less on the small wagon and more on small SUVs, with Audi included. While in Europe, the wagon (or avant) is a popular platform, here in the US, it seems to be more of a luxury most look beyond.

But the value is there, and with gas prices staying steadily high, a performing vehicle that can haul, be comfortable and still get great mileage still brings an incredible value on investment to the table. And even fully loaded from the rear hatch to the driver seats with 26 bags of soil, I can honestly say the vehicle’s performance barely faltered compared to what I have experienced in other, less cargo friendly rides. And while I may be part of the minority when it comes to loving wagons on the road. the All road consistently proves its worth and value time over time/

The new Allroad has been on the market for a few years now, and while the line is ready for a refresh and update, it’s clear that this wagon has made its mark on the consumer. More are on the roads, and confidence in the line has grown from the black-eyed days of the original. Audi may have spent some years away from the Allroad before redelivering, but the wait has been worth it absolutely.