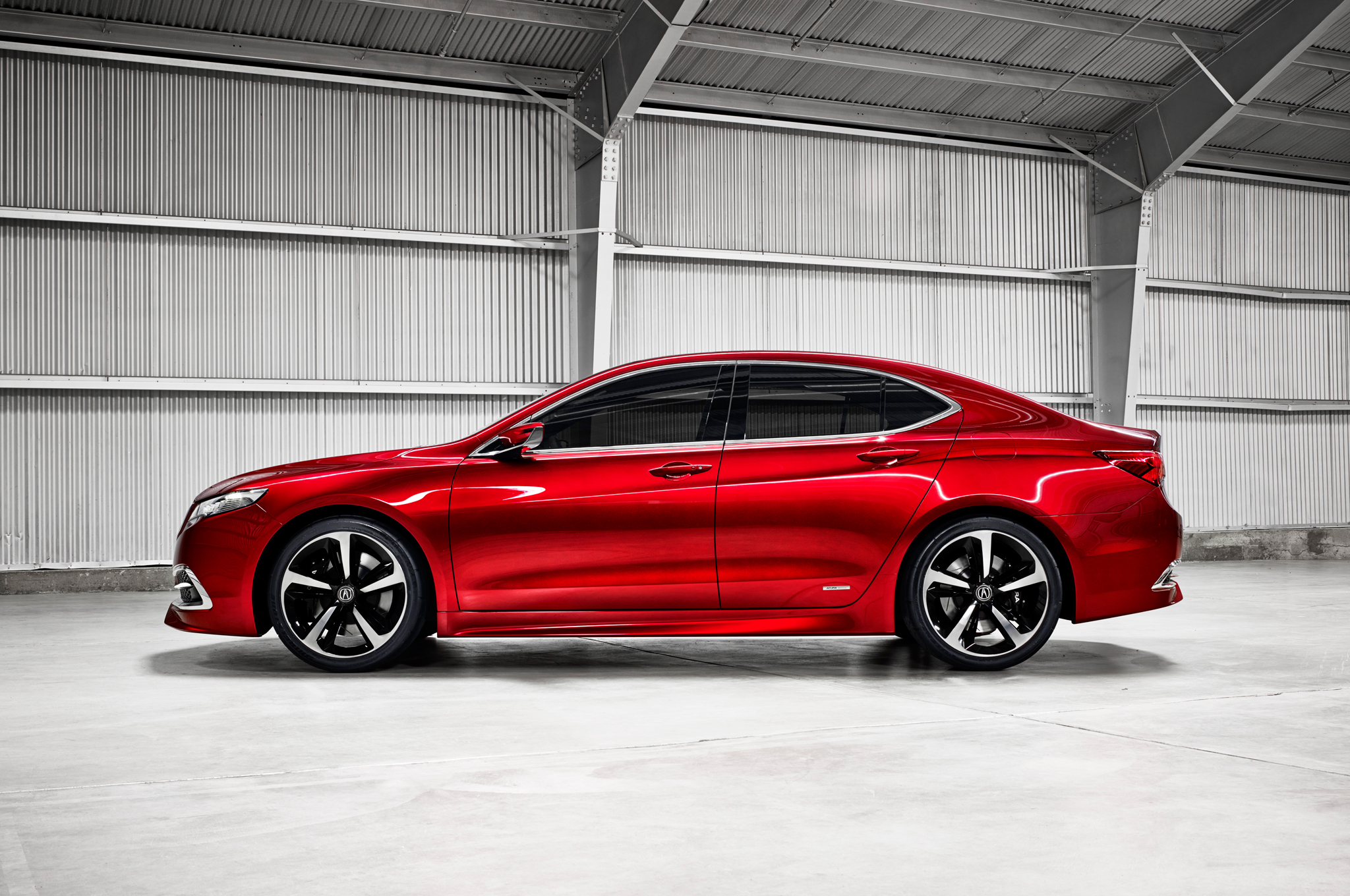 Offering a luxury experience at an affordable price, the 2015 Acura TLX is a balanced and good looking compact sedan.

Benefiting from all the design cues employed by the rest of the range, the TLX is characterized by the centre placed, stylized Acura grille that boast both mesh inserts and chrome detailing. To each side, a pair of slim, backswept LED headlamps with the jewel like separate unit appearance creates an inimitable fascia. The hyper symmetrical aspect of the front reflects in the bumper design, which features slim air intakes with integrated fog lamps.

Sporting clean, flowing lines and profiled shoulders, it resembles a high performance machine capable of setting speed records. Residing atop of the swooping roofline, a shark like fin hosting the radio antenna slices the air. Being somewhat reminiscent of some German performance sedans, the rear bootlid has an integrated spoiler, while the backlights mirror the front design.

Inside, the cabin space is spacious and welcoming. The lines of the interior lay emphasis on simplicity, while the dashboard and centre console proudly display an array of technological assets within easy reach. In fact, a minimalistic approach ensures that only the minimum of buttons and knobs are featured, thus removing redundant items and emphasizing the excellent ergonomics. A twin display setup (with the upper one presenting the driver with the navigation and audio system controls and the lower one controlling the climate and various other functions) is embedded in the centre stack, while a push to start function is standard.

As far as luxury and technology goes, soft touch materials abound, while trim inserts range from woodgrain to polished aluminium and amenities such as heated front seats are included in the base price. In order to offer an upscale experience, the AcuraLink technology offers smartphone connectivity, weather information, live traffic stats and streaming internet radio capabilities.

Although its styling might present it as being a performance car, the TLX tends to be a subtle balance of both worlds, as the suspension system is calibrated to be neither too soft, nor too firm, leaving a bit to be desired in the high speed manoeuvre department. However, for someone who is seeking a luxury car offered at a reasonable level, the TLX does its job perfectly, surpassing the rivals in terms of standard options and representing an excellent value for money automobile.