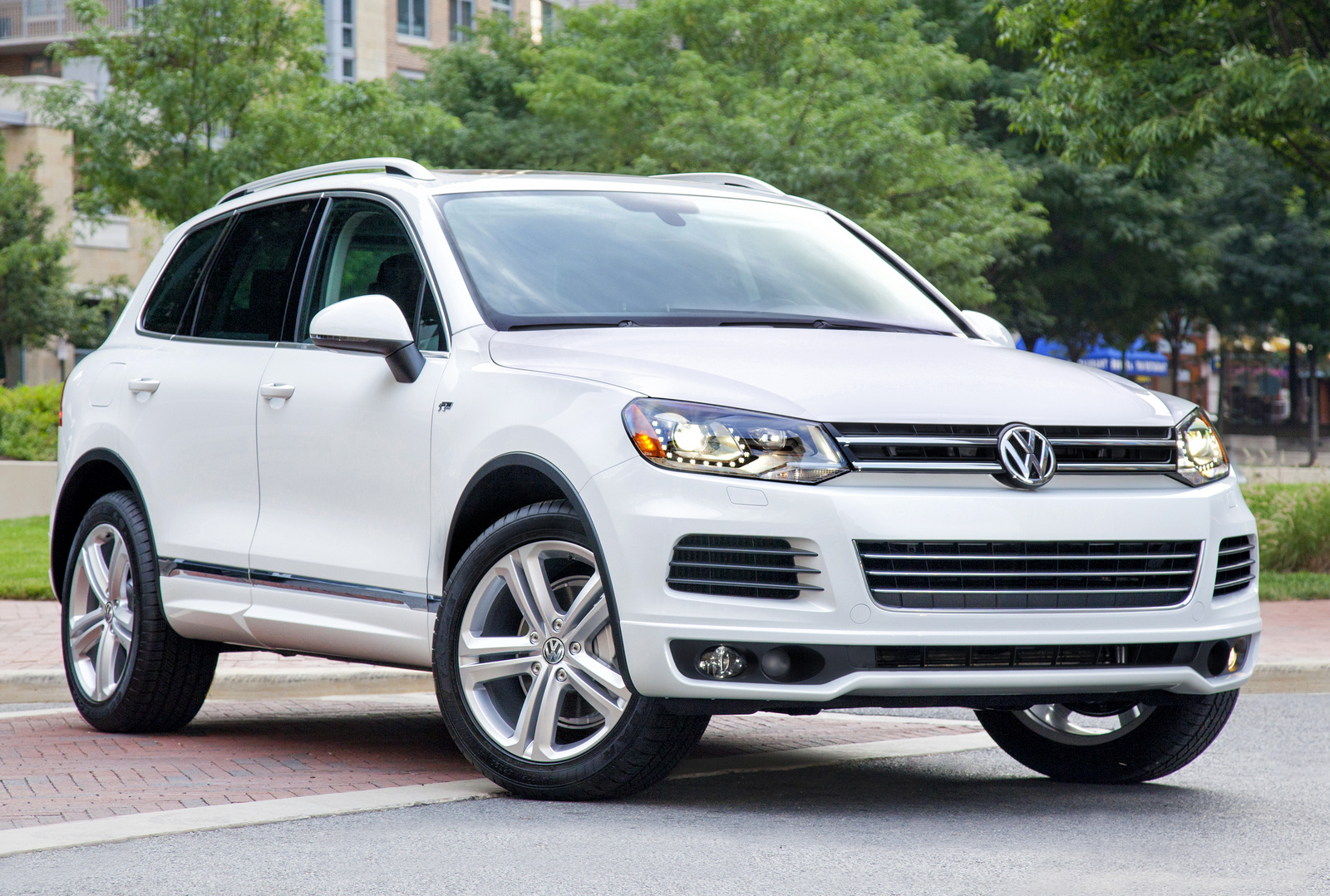 Riding on the wave of the hybrid trend that seems to have taken over almost every manufacturer in the world, Volkswagen has implemented a gas-electric solution for its most capable SUV, the Touareg.

Outside, in typical VW fashion, the vehicle features only a badge to serve as reminder that this is indeed a hybrid, a somewhat understated decision, in our eyes, but then again, VW is not known for excess of flamboyance when it comes to pimping its cars.

The cabin space is one of the highlights of the vehicle, as it’s very intelligently laid out, with controls at your finger tips and a massive screen that serves as both entertainment centre and information hub. The materials are pleasing to the touch, with genuine wood or aluminium inserts present, which exude an upscale feel. All in all, it feels very elegant, despite what the bland exterior might lead you to believe. Five adults will have plenty of room to stretch their legs, as the high roofline and generous wheelbase allow for more than decent head and legroom. However, unlike some of its rivals, it doesn’t offer a third row of seats. If this a feature that you are keen on having, other solutions might fit you better.

Underneath the second generation body resides a drivetrain shared with its twin, the Porsche Cayenne. Instead of using the more complex four wheel drive system used by the regular gas and diesel versions, the Hybrid used a 4Motion solution, found on somewhat “lesser” vehicles, such as the Passat, arguably for being lighter and thus, improving fuel economy, but more on that in a moment. Contrary to what you might suspect as it is related to a Porsche after all, the Touareg is not the nimblest and svelte of SUVs, as it suffers from noticeable body roll in tight corners and its behaviour is more lax than sporty.

But if you’re using the car like a normal human being and not looking at racing college kids at stoplights, the car will seem more than sufficient. After all, it is capable of sprinting front 0 to 62 in a mere 6.5 seconds and it has a claimed top speed of 150 miles per hour.

What is – besides it hyper inflated price – is the fuel economy. Now, regardless of the fact that it has a badge that reads “Hybrid” and an eight inch screen in the dashboard that shows you nice animations in relation to the powertrain, it’s not going to make it the new Prius. The mpg figures are certainly not impressive, sitting at around 20/24 for city/highway. In fact, you’d be better off buying the diesel, which gets better mileage, has somewhat similar performance figures and is around 15.000$ (depending on options) less expensive.