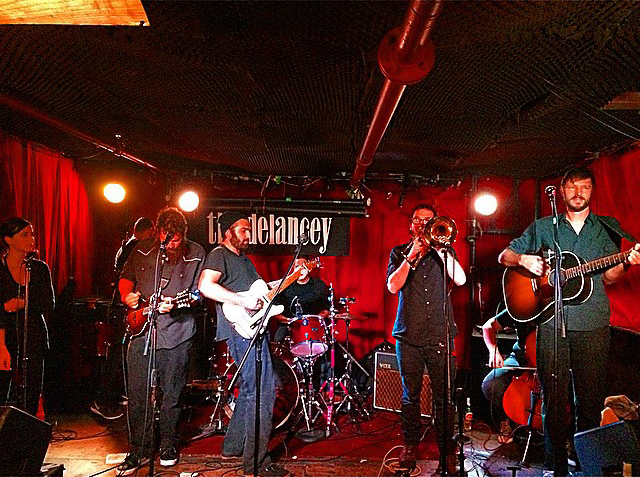 I have a very love/ hate affair with attending music shows. I love sitting back and watching those who have skills I can only dream of, but I hate dancing. When I watch Footloose I root for the city council; so my decision to attend the annual CMJ Music Marathon in New York seemed funny to even me, but thankfully I did.

If you don’t know what CMJ is you aren’t alone. I lived in NYC for two years before I first learned of the 34-year-old marathon last year. Two main factors contribute to CMJ’s lack of notoriety: venue and artists. While other large music gatherings have one central location CMJ occurs at over 80 venues across Manhattan and Brooklyn and the artists, over 1,300, are all emerging artists. While those numbers are intimidating the five-day event is actually surprisingly easy to navigate.

When the schedule was first released about a week or two in advance CMJ also released an app that turned out to be a lifesaver. Every artist had a bio page with relevant info and links to their social media including SoundCloud that would launch within the app to allow you to get a feel for the act. However, with thousands of artists it was still a bit daunting, but the map within the app became the flagship feature. Allowing it to use your current location it would show all the venues hosting shows near you and clicking a venue would then provide the schedule and same links to the artist’s bio page.

CMJ kicked off on Tuesday October 21, but needing one more night of rest before taking on the marathon my experiences didn’t begin until the next evening. I found myself in some bars near NYU (thanks to the app) enjoying numerous nondescript bands before heading Lower East Side of Manhattan to meet up with a friend who works at a music agency to catch Ryn Weaver, who he was interested in seeing. I didn’t know her name before entering Bowery Ballroom, but she’s now certainly not one I’ll forget anytime soon.

The next evening was all about supporting my Texas roots and checking out a Texas music showcase. Not country, though country is certainly a part of the Texas music scene, Texas music is very diverse from Houston rap to all things Austin (“the live music capital of the U.S.) And it was Austin based East Cameron Folkcore that really stole the show. An eight person band that, once I could get passed the logistics of forming an eight person band, blew me away with their use of guitars, trombones, drums, sax, harmonica and even cello to create a bolstering sound reminiscent of early Kings of Leon. Following their set at The Delancey a move was made to nearby Pianos to catch an Australian electronic music duo. Not knowing much about electronic music or even the equipment they were using they impressed with an interesting live show and chilling vocals.

Friday night was a break from the marathon; a man’s got to see his kids. Kidding, I had other drinking to tend to. Saturday was an all day event of catching varying acts around the Lower East Side before shutting down the festival late that evening at Fat Baby awkwardly jamming out with two friends an on empty dance floor to an all female rock band.

Fittingly, when I left that show I realized I had lost my badge. I took this to mean one of two things: I should, in fact, never dance or that the festival was over. Either way it was time to go home for some much needed rest. Until next year, CMJ.