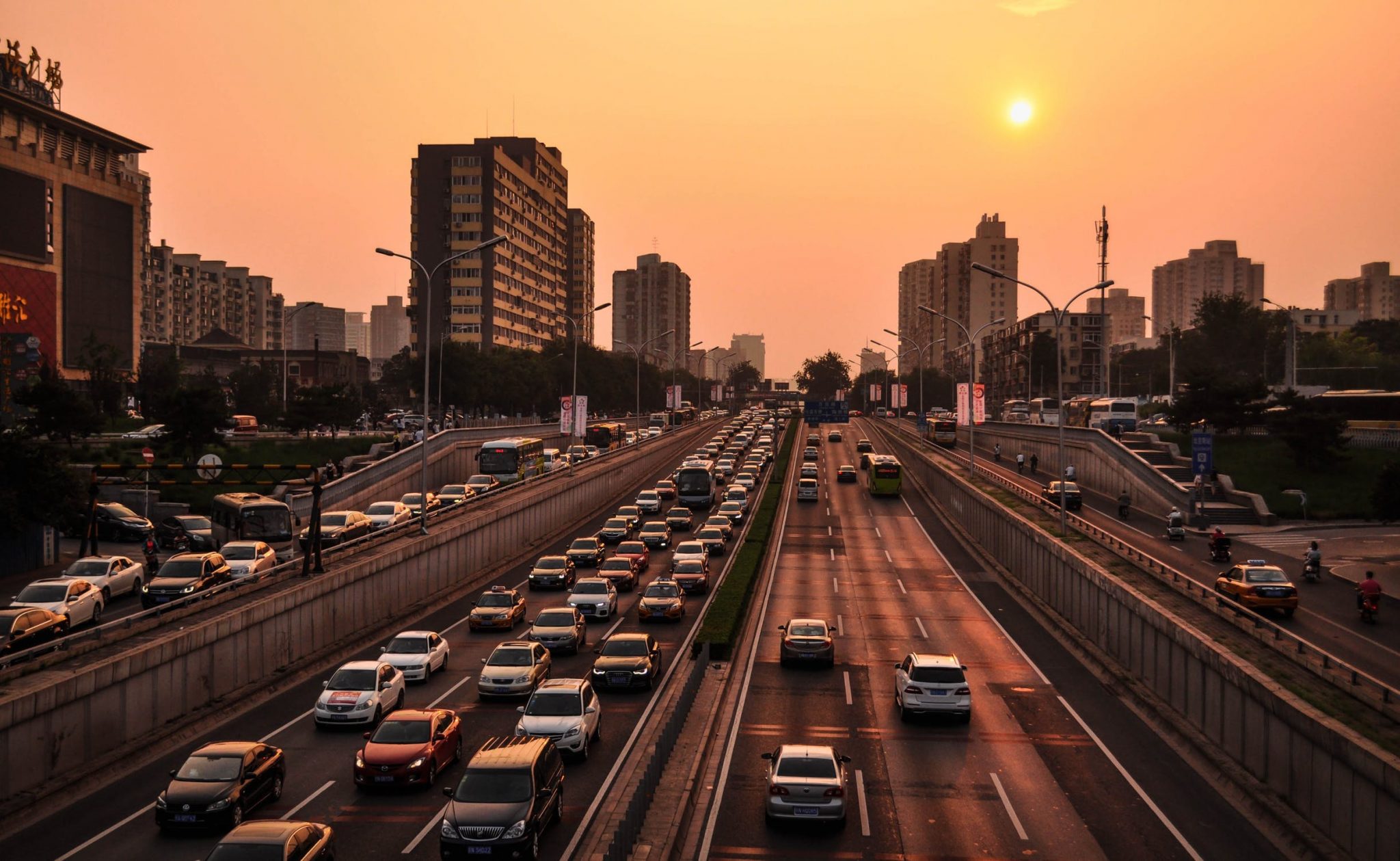 13 Annoying Things That Other Drivers Do

Even if you’re a massive car lover, it’s hard to ignore that there are downsides to being on the road. It’s expensive, the commute can be way too long, and then there’s the matter of other drivers. Life would be so much easier if there were no other drivers on the road, wouldn’t it? That’s a pipe dream, so the best we can hope for is that the other drivers will at least be sound behind the wheel. If you’ve spent enough (/any) time in your car, you know that that’s equally unrealistic. Other drivers are annoying! Below, we take a look at some of their most anger-inducing tendencies.

How nice it would be to read minds. We could learn so much, including which way the person in the car in front of us is going to drive. For some reason, some drivers treat their indicators as an optional courtesy; when they’re in the right mood, they’ll use them, but when they’re not, meh, never mind. In actual fact, indicators didn’t become a staple of vehicles for any other reason than…it makes the roads safer. It takes less than a second to think about and perform the action, yet some people just can’t find the time. Shame on them.

In some ways, those drivers who park without thinking about anyone else perform an important social function: they bring the rest of the world together, through their shared disdain of the person who only thought about him or herself. Now, some people are just bad drivers. It’s not their fault (well it is, but let’s pretend it’s not) if they’re parking at a wonky angle. It’s the people who intentionally park without a care for anyone else who are really annoying. There’s a special corner of hell for those people with ‘nice cars’ who intentionally park over two spaces, so they don’t run the risk of being bumped by another vehicle. It’s easy to see the logic, but when you exist as part of a society, you have to curb just thinking about what’s good for you. They’re the rules.

Taking a journey along a highway isn’t the same as cruising in a bumper car at the fair. You can’t just go wherever you please because it doesn’t matter who you bump into to. Have you ever noticed the people who can’t seem to make up their mind about which lane they want to be in? We know some decisions can be difficult, but this isn’t one of them. It actually sometimes gets to the point where you have to wonder if they’re just testing that their steering wheel still works. There can be no other explanation!

You’ve had a terrible night’s sleep. You’re in a bad mood. You need to get to work, and the clock is ticking. The lights have finally changed to green, and you’re hoping that, if luck is on your side, you’ll make it through this time, rather than having to wait for another cycle of lights. Alas, luck is not on your side, because there’s someone in front of you who is taking their sweet time getting moving. It doesn’t make any sense. They’re just sitting there. When they do finally get going, it’s not in a “whoops, I was a bit slow there” way, it’s more of a “let’s see how slow I can take off without actually stopping again.” Of course, you don’t make it through the lights. Ah well, at least you work for a reasonable boss who understands that these things happen…right?

Too Fast, Too Slow

There’s a big problem on the roads. Apparently, there is a large percentage of drivers who are driving around without wearing their glasses. That’s the only explanation for the drivers who neglect the well sign-posted speed limits, and instead opt to make it all up on their own. Most of us understandably get annoyed by the drivers who go too fast, they’re posing a big threat to everyone around them, and in any case, where are they trying to get to so fast? But let’s think about the drivers who move too slowly. They’re not perfect creatures themselves, and in fact, they can be just a big a cause of accidents as the ones who go too fast (though generally, they’re less severe). If it’s a 40mph zone, there’s no excuse to be rolling along at 33mph. Let’s keep things moving here. Perhaps the most annoying thing about the slow drivers is that you’re not able to get too close behind them to let them know, that, you know, they’re going at a snail’s pace, because that’s another annoying driving trait. Ah well.

There’s something about the modern age that brings out the worst in some people. Perhaps they’re overworked, or not worked enough, or something, because they go about their business always on the brink of an angry tirade. While they’re easy enough to avoid out in public – just walk away – it can be more difficult when you’re behind the wheel, simply because you might be the reason why they’re so angry. Accidents from road rage can be serious, and it’s not hard to see why. When someone sees red and they’re in control of a heavy, powerful vehicle, then they can cause a lot of damage very quickly. If you think you’re at risk of feeling the wrath from an angry driver, it’s important that you don’t stoke the flames. Instead, try to stay calm, and diffuse the situation.

We don’t like to see arrogance anywhere in society, including the roads. If a person is driving around like they own the place, there’s just something that kicks in that puts us off the driving experience. It’s like watching an arrogant basketball player arrive at the court. Life was so much simpler without them.

The roads work when people play by the rules. When they don’t, things begin to fall apart. And sometimes, we can see that the chances of things falling apart have increased, right before our eyes. There’s nothing worse than seeing a driver sending texts, or, even worse, watching them get into their vehicle when you know they’ve been drinking alcohol. The best thing you can do in this scenario is to alert the authorities. They’re not just putting themselves in danger; they’re putting pedestrians and other people on the roads at risk, too. When it comes to getting behind the wheel, you shouldn’t be taking any risks at all, because you’re not just risking your own wellbeing, but everyone else’s, too.

Not Acknowledging Their Mistakes

No-one’s perfect. Everyone reading this article has made mistakes on the road before. But we imagine – or hope – that our dear readers had the presence of mind to acknowledge their mistakes, and somehow apologize, be it through a delicate use of their indicators, or the classic hand up in the rearview mirror. When someone obviously makes an error and doesn’t seem to care, we begin to wonder if they planned to do what they did all along.

If there’s one thing that pedestrians and drivers can agree on, it’s that the people who use their cars as a traveling nightclub should have their license rescinded. We wouldn’t mind if they were playing music that everyone enjoyed, but they insist on playing the worst genres of music at loud volumes. Lord knows what pleasure they’re getting from damaging their eardrums with that noise!

It’s not easy driving through foggy conditions. It’s machine versus nature, and we need all our wits about us if we’re going to make it through without causing an incident. So how frustrating it is when one of our own people turns against us, and leaves their high beam on as they approach us. It’s not etiquette that says turn them off as you pass approaching cars; it’s safety.

We all know how annoying it is to be stuck bumper to bumper. It’s been a long day, and you just want to get home. Still, there are rules to play by, and you need to show an inch of patience while the cars who are before you in the line have a chance to make it through. It’s how the system works! Some people, however, scam the system, and in the most obvious of ways. They cut in! Oh, how we all hate the cut in. They had no right to go ahead of us, but they took in. Bah.

Most people see the roads as, you know, the link between Point A and Point B, but others take a different approach. They see the world as their own driving circuit. They treat corners like the drivers in rally cars do, and in their world, speed rules. They’re a danger to everyone, but in any case, they’re just annoying. Save it for the track next time, please!