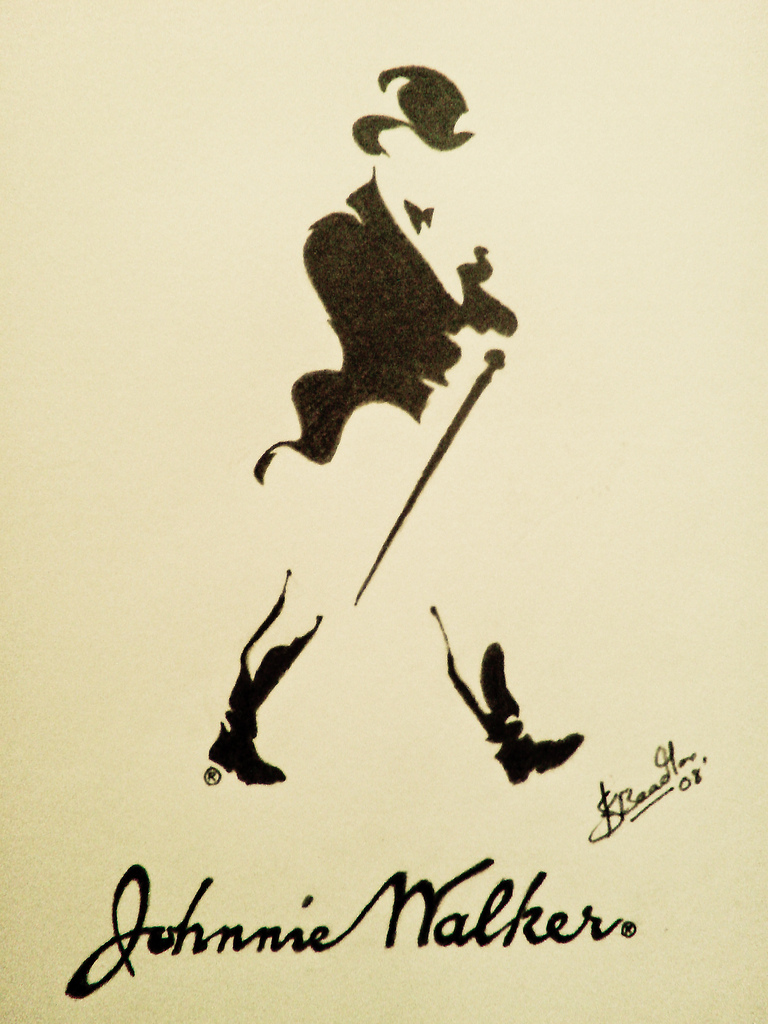 Johnnie Walker illustrates a widespread paradox in today’s consumer world, as its brand identity and vision are outgrowing the actual product. Whether you like Johnnie Walker or haven’t tasted a drop of alcohol in your life, it’s almost impossible not to have heard its iconic slogan — “Keep Walking.” The brand has incorporated the the idea of Keep Walking into various imaginative scenarios that go way beyond whiskey.  From a tree, lifting its roots to pursue its dream, to fish, making their first steps of evolution, to the forward motion that has been the drive to all major historic breakthroughs, to the heart-warming android that dreams to be human. Keep Walking is the common frames within which all those inspirational stories take place.

Today the slogan is an international symbol people perceive as an artistic pillar. It stands for strength of character, overcoming adversity, relentlessness, leap of faith, progress, and anything else you interpret it as. Ultimately, it has become an inspiration for people from all strides of life to Keep Walking, past whatever might be holding them back, and towards whatever they might have their minds set on.

Johnnie Walker’s advertising legacy lifts the bar extremely high in terms of storytelling. This only makes the success of Dear Brother even more impressive. The spec ad by the two German film students at the film academy of Baden might be the best ad/short film to portray the concept of Keep Walking. It’s a tale of childhood, freedom, nostalgia, loss, heartache, and moving on by embracing this painful, yet beautiful mix of memories and emotions.  And to make things even more romantically heroic and moving, it all unfolds on the dramatic awe that is Scotland’s isle of Skye. “Dear Brother” is a feast of rich, but point-on cinematography, concise, yet enigmatic and touching storytelling, all happening at a masterful pace that makes it all linger in our hearts like sweet misery.

The 90-second film became a viral hit on Reddit and amazed millions of people around the world. Not only, it introduced two names that might become ( if they haven’t already) complete game-changers in the already dynamic and imaginative world of creative advertising.

Short ads have become a whole new outlet for creative expression and inspirational messages. They often stay with us far longer than many films and can even influence our outlook on life. Many commercials are packed with meaning, atmosphere, plot and cinematography that leave us more fulfilled than cinema. A brand identity is constructed by a few key elements, and when they all come together in perfect harmony within a short, but powerful storyline, it can leave people speechless. In the end of the day, this is what stirs consumers’ choices a great deal of the time. Unless you have the taste buds of a master blender, Dear Brother can make up for anything you might have against Johnnie Walker as a whiskey.

For those of you who haven’t seen Dear Brother by Daniel Titz and Dorian Lebhertz , you should really mark a minute and a half in your calendar and fix that oversight. The ad does in 90 seconds what most films can’t do in 90 minutes. It breathes overwhelming nostalgia from the first frame – from its lyrical monologues, elegiac music, beautiful cinematography and heart-warming brotherly moments. It’s what film experts would best describe as a video poem. A bitter-sweet reminiscence, it strikes a beautiful chord, made up of very complex and different notes. It`s a letter, filled with memories and guidance, a tribute to the past and a road map to the future. And a jaw-dropping twist that will make the lump in your throat keep growing long after you finish watching.

Funnily enough, Dear Brother remains only a spec ad. The creators never approached Johnnie Walker since the brand has shifted their campaing goals. Nevertheless, it shows us the most beautiful and nuanced perspective of what it means to Keep Walking yet.  After all, that is exactly what the talented film students’ goal was.