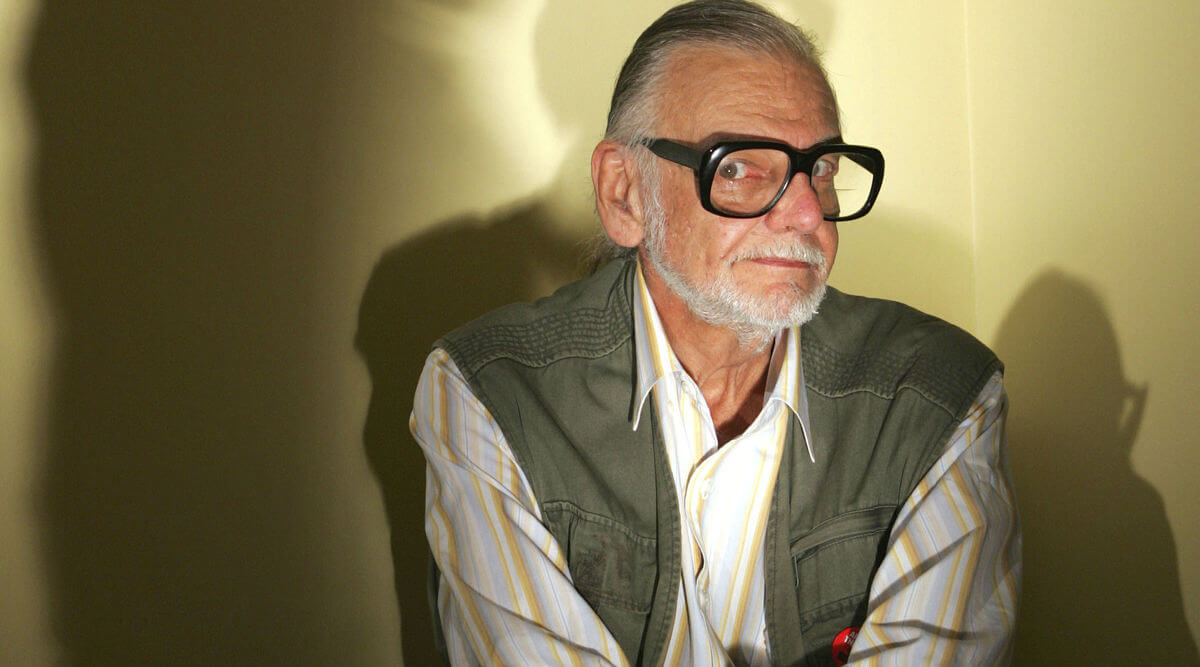 This begins back in the days when video rental stores were the Mecca of cutting-edge home entertainment. People spent an hour or two wandering the aisles deciding on what movie they were going to watch. We glanced over covers and read sun-bleached cases hoping to find the perfect film to watch. The clerks in these stores were film critics gladly offering their guidance when navigating these hallowed halls… er, shelves. 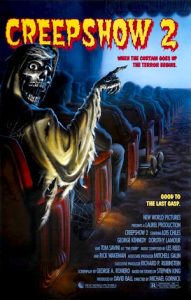 I remember the first movie I rented by myself.

I was nine-years-old with four dollars to my name and I was intent on renting something I shouldn’t watch and snacking some candy I shouldn’t eat.

Naturally I wandered the horror section and, based entirely off the package alone, I chose Creepshow 2. The snack of choice was Milk Duds.

The clerk at the counter looked at me quizzically, switched his glance to the film, then looked back at me. He shrugged and, I swear to God, said to me, “Good luck, man, I shit my pants watching this.”

With trepidation I waited at home until it was dark out and everybody was in bed. Sneaking into the living room I popped the VHS into the VCR. I muted the volume and raised it one click at a time until I could hear it but nobody else could. With discretion I opened the Milk Duds, and sat on the ground with my eyes peeled to the screen.

I didn’t shit my pants, but that movie changed my life.

George A. Romero passed away July 16th. An icon in Hollywood and the world of horror, he effectively spawned the entire zombie genre. No doubt you’ll be bombarded with the details of his professional achievements and the enthusiasm he had for his craft in coming days.

“Romero had a quote saying, “Nothing’s ever real until it’s real.” I was struck by lightning. It’s a simple, powerful truth. Inaction gets us nowhere, it says, so stop fucking around and get to work.”

I mean, the guy had a film career that started back in 1968. He was one of the first Hollywood directors to cast a black man as a lead actor and distinguished his career by weaving sharp-witted social satire into films laden with horror and gore. Creepshow and Creepshow 2 featured stories written by Stephen King, but Romero is best known for his “… of the Dead” films.

But, again, you’ll read about all of these things in the coming days. There’s no discounting the enormous impact he had in the entertainment world, but it’s the mark he made on individuals that stands out to me as what’s truly significant.

Big-name writers and directors like Robert Kirkman and John Carpenter cite Romero as a major influence in their careers. Quentin Tarantino said that the “A” in George A. Romero stood for “A fucking genius”.

Even Mister Rogers himself was a fan of Romero, saying that Night of the Living Dead was a lot of fun to watch. Romero had directed some of the early segments for Mister Rogers Neighborhood and claimed that these were the scariest films of his career because he was terrified of messing something up.

That’s the thing I’m afraid will be overlooked in Romero’s death. It’s so easy to get lost in the details of his influence and his work, but George A. Romero was a human being. He died in his sleep surrounded by loved ones, listening to the soundtrack of one of his favorite films.

Romero had a quote saying, “Nothing’s ever real until it’s real.” I was struck by lightning. It’s a simple, powerful truth. Inaction gets us nowhere, it says, so stop fucking around and get to work.

I hope that’s why the man himself will overshadow the films he created. He inspired people to make the leap to work towards their vision.

At least he did for me. Romero made me fall in love with walking corpses. He’s also one of the cornerstone creative icons in my life and one of the inspirations for why I became a writer.

And I’ll always remember him the way I remember watching Creepshow 2.

The tracking lines strayed down the screen in regular intervals and muted screams fuzzed out from the television speakers. A series of stories bombarded me with tales of horror that provided me raw inspiration for years of nightmares. I absently chewed on Milk Duds, heart racing, forcing myself to watch the screen even when I couldn’t bear to anymore. If I looked away, I would never know how to interpret what I saw.

It’s a lesson I’ve applied to my life ever since I watched that grainy videotape.

Thank you for teaching me not to look away, Mr. Romero.