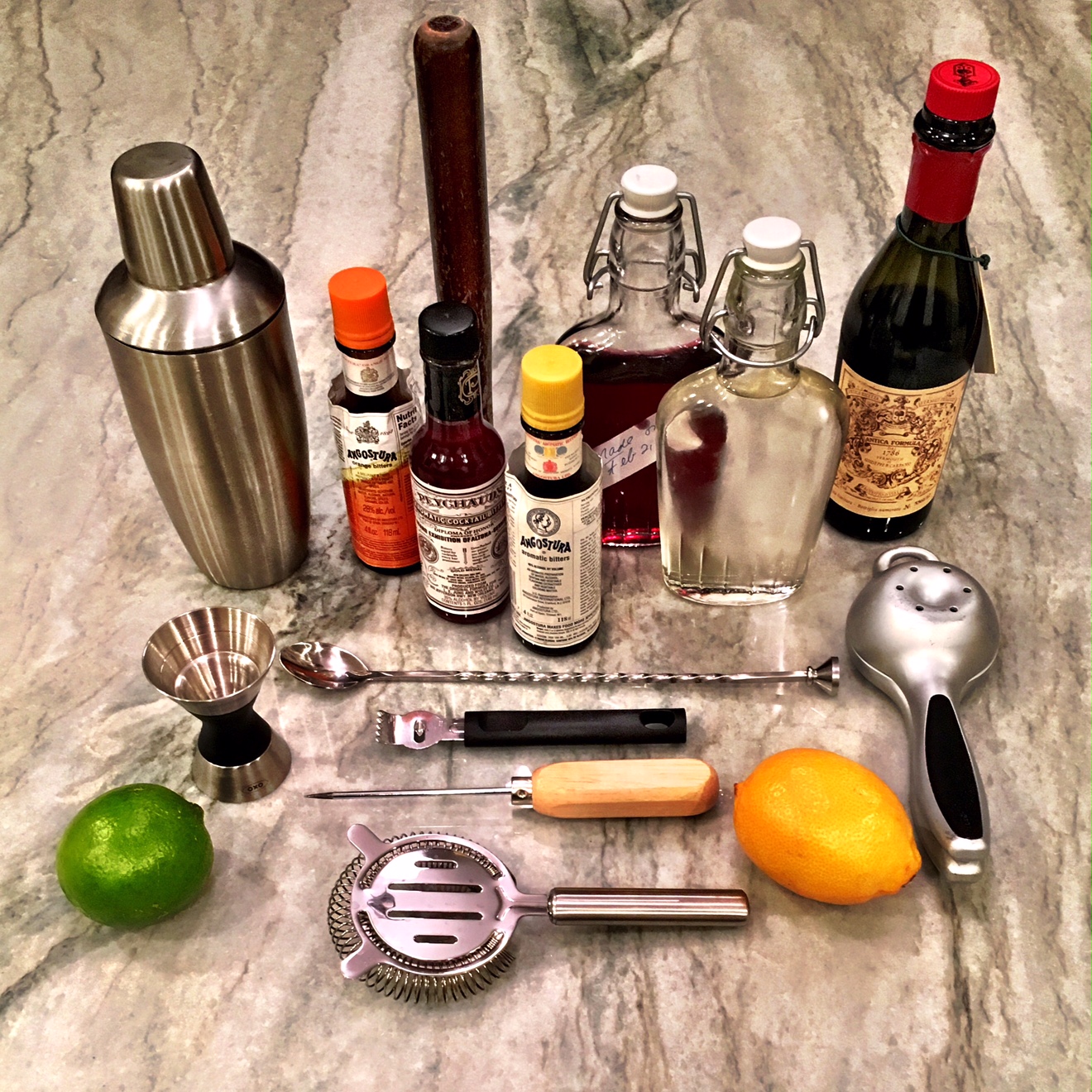 I occasionally like to dabble in a bit of cocktail making, and as you can see in the above photo, I’ve managed to accumulate a few cocktail making tools and tinctures. Although it’s kind of a pain to play bartender on a regular basis (mostly due to all of the clean-up involved. It’s amazing how many things get dirty!), it’s good to take a break from the usual (i.e. a glass of beer or a dram of whisky) and mix things up every so often. Below are recipes for two cocktails that I’ve been experimenting with over the past couple of weeks…

The first cocktail is The Boulevardier, a classic cocktail that dates back to the 1920’s. It’s essentially a Negroni variation that substitutes whisky for gin. For this recipe, instead of using equal parts Whisky / Campari / Vermouth, I went with the Serious Eats suggestion of upping the whisky and cutting back on the Campari and Vermouth.

The second cocktail is a variation on the classic Daiquiri. Instead of light rum, I used the Plantation Pineapple Rum Stiggins’ Fancy that Limpd and I reviewed a few months ago (the idea came from a comment that I read on Reddit). I also added an egg white because the idea of a frothy and creamy Daiquiri sounded way too good to pass up.

Since I’m very pleased with how these drinks turned out, I thought I’d share the recipes with you. If you happen to make them, please let us know how they turned out. Cheers! 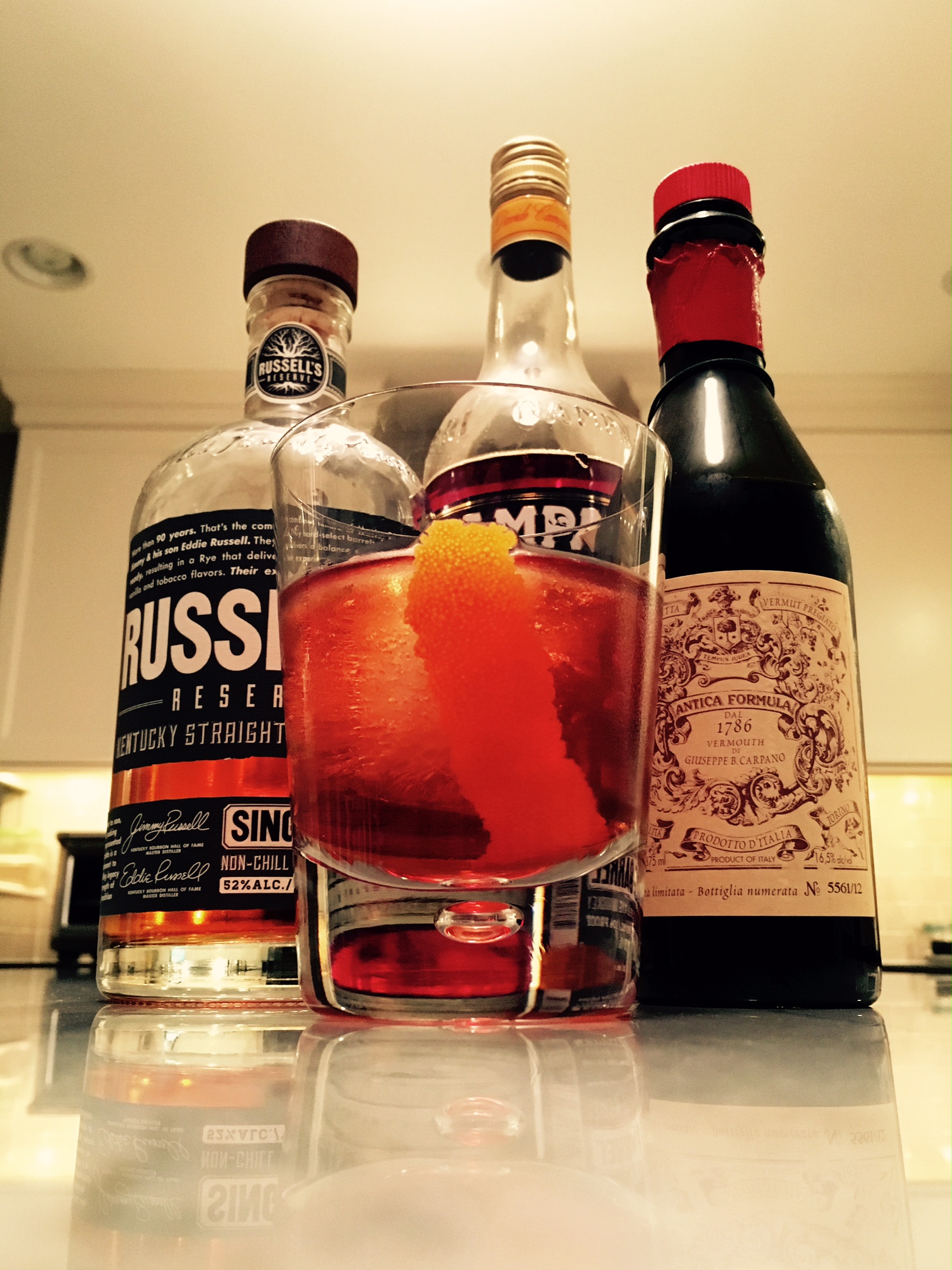 Pour the Whisky, Campari, and Sweet Vermouth into a tall mixing glass filled with ice. Stir for 20 seconds. Strain and pour into a chilled Martini glass, or serve over a large cube of ice in an Old Fashioned glass. Garnish with the orange peel and preserved cherry. 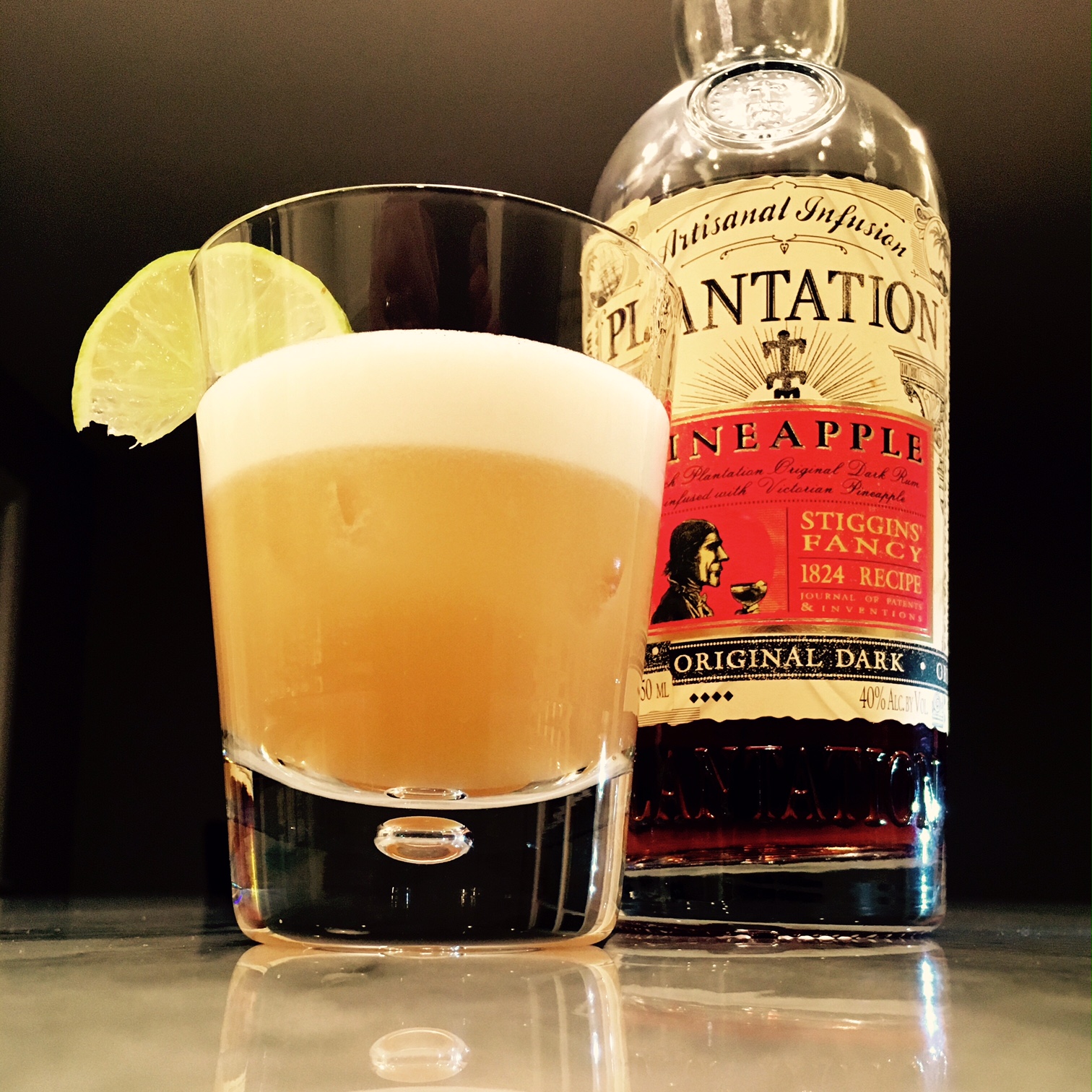 Pour all of the ingredients into an empty cocktail shaker. Shake vigorously without ice until the egg white gets super frothy (about 30 seconds). Add ice and shake gently for about 15 seconds to cool the drink. Strain and pour into a Martini glass, or serve over a large cube of ice in an Old Fashioned glass. Garnish with a wedge of lime.