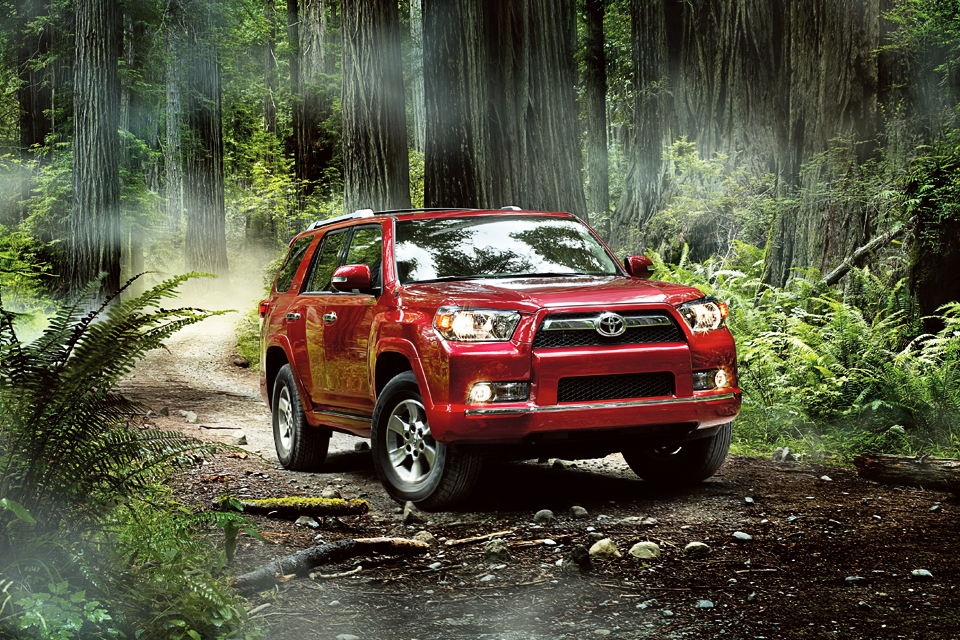 There’s A Reason The 4Runner Is King

There is a reason the Toyota 4Runner is considered the leader in the SUV market, and the fifth generation does nothing but prove that point.   I make this claim quite boldly, but as I thought about the direction of this review, all I could reference was the vehicle ability to really conquer the trails of the Rockies so well, while also being an easy city driver.

Now, calm down you Jeep fanatics.  This has nothing against the Grand Cherokee or Wrangler in terms of performance, and these two rides are honestly amazing, but there are few vehicles out there that combine the ruggedness and class that they both have into one ride.  I know the Grand Cherokee can hit the trails, but how often do you really see it on the trail, and honestly, I would cringe with taking it offroad like that.  Other vehicles do come to mind as having various levels of the two combined, but in the end, the 4Runner really stands out as the king, and deservedly so.

Hitting the trials this last fall with the 2014 Toyota 4Runner while on a bachelor party was the best way to really jump into the mix.  This wasn’t the typical bachelor party of course, and involved a 4am wake up, driving to the mountains, and climbing (well, attempting) a 14er.  I wont get into details on the climb, but will say that at 12,500 feet, I know the 4runner would have kept going while a few of us could not.  Something about lack of oxygen, strength, and the wrong food that morning.  But that is neither here nor there.  The vehicle itself performed fantastically as we decided to go exploring around the mountain afterwards, finding little trails and abandoned mining roads to take us to see the amazing fall colors of Colorado.  Climbing over rocky paths and fording some streams in a packed ride, all while having the comfort and conveniences that Toyota has set the standard on, made the journey a bit posh.  And I’m okay with that.

The posh part hits big.  That night was date night for me, and though I did not have time to hit up the car wash before picking her up (plus, it’s Colorado and washing any car makes it rain), I wasn’t concerned.  With a comfrtable ride and the modern conveniences of heated and cooled seats, along with the killer music, I wasn’t worried about how the car looked outside.  It’s rugged for a reason, trail made and driven, all while hitting the better points inside.

Size wise, I am surprised to how big the 4Runner has gotten, remembering back to the first and second generations that seemed big then but small now.  I can’t make a decision on if I am a fan of the increase, but overall, it seems to work in today’s on-the-go world.  The 4Runner is, at the core, an SUV.  It’s not trying to be a car, doesn’t focus on speed or handling like other SUVs on the market, and has that basic feel to it that shows you from the start what you as a driver are getting into.  Inside, the space for individuals was ample enough to warrant a road trip, with enough storage in the back for just about everything we needed and more.

I really can’t say enough about this ride, but it all seems to focus on the one simple concept that this SUV is still an SUV, and it doesn’t try to fancy itself up with unnecessary design or elements.  Its pointed design and combination of creature comforts and smart elements shows that while there are others on the road that can compete, the Toyota 4rfunner is going with the gut and keeping to the plan and showing that it leads from the front.