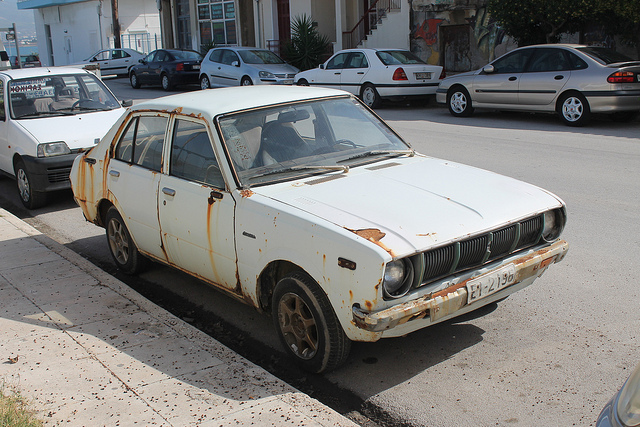 You probably have a pretty good picture in your mind of what a classic car looks like: something with retro styling, but otherwise pristine, in a condition not dissimilar to how it came out of the factory. But most retro cars don’t look like this. The majority are lumps of ugly rusting metal covered in dust sitting in a garage somewhere totally unloved. Classic cars are, for the most part, old bangers.

The line between a classic car and an old banger is a fine one. You can imagine a particular model of car – say a Ford Cosworth or a Golf MK I – being a classic car but, thanks to their retro lines and boxy shapes, they’re also prone to being bangers as well.

You might have a particular fondness for the term “old banger,” but when you think about it in more depth, you’d always much rather own something new and shiny. That would be better, wouldn’t it?

In this article, we’re going to look at all of the things that are making your car look like an old banger. Let’s begin.

Buying a cheap panel from a scrap yard to replace damaged bodywork might seem like a good idea at the time, but it doesn’t do much for your vehicle’s looks. Mismatched paneling immediately tells people that your car has been through some traumatic events in its history and that you, the driver, don’t care much about it. After all, if you did, you wouldn’t have replaced the bonnet on your car with one that is white.

Rust Around The Tires

The tires on your car throw up all kinds of debris from the road, including a combination of salt and water that corrodes metal. Older cars were built with less robust paint and metal alloys, meaning that they are much more prone to corrosion.

Take a look at your wheel arches and look for signs that the paint is starting to peel. If you catch it early enough, you can usually sand it down and respray it with primer, top coat, and lacquer. But if the corrosion is thick, or it has bored through the metal, then you’ll need to install a new panel (often handmade).

Driving around with a chipped windshield is a bad idea. Any old bump on the road can turn a chip into a full-blown crack that streaks across the whole windscreen, forcing you to replace the entire thing. As yourself, “is there a windshield replacement near me?” Often you can find services that fill chipped windscreens with resin that prevents further damage.

While riding low might have been the done thing in the 1990s and 2000s, it’s not exactly in fashion these days, especially on family saloon cars that are a little past their sell-by date. If you want your vehicle to look less like a banger and more like a respectable classic vehicle, get the suspension raised. Increasing the ride height of the car will not only improve the driving characteristics and make it more comfortable, but it’ll also add a degree of respectability to your ride – something that it probably lacks right now.

Nothing ages a car more than key-operated door locks. Although swapping out old locks for remote ones might be expensive, it’s well worth it. It’s one of those quality-of-life things that it’s hard to put a price one. Very few old bangers have automatic entry.

If headlights are left out in the sun, UV rays eventually damage the housing surrounding them, giving them a dull, foggy appearance. Sometimes the damage can be so severe that the headlights turn an ugly shade of pale yellow. This dulling makes it less safe to drive at night and ruins the appearance of your vehicle. The good news is that, with car detailing, you can have your headlights restored without having to replace them, saving you money in the process.

Most manufacturers designed the exhausts on their cars to last about ten to twenty years. When you think about it, that’s pretty good: the exhaust unit not only has to deal with the heat of waste gases from the engine, but also all of the detritus that gets thrown up by the road. Exhausts, however, can substantially age a car, especially if they are covered in a layer of ash and soot. To update your vehicle and make it look less like a banger, give it a thorough clean and rub down, and, if possible, apply a protective finish.