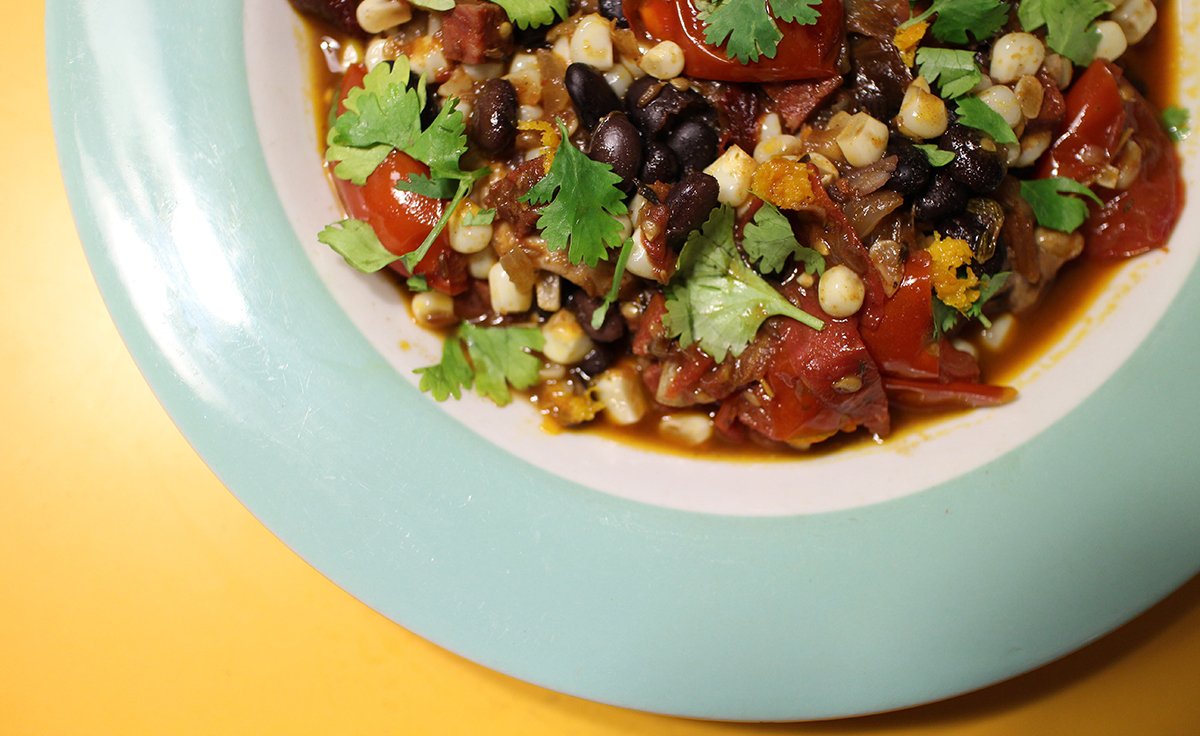 It’s official- winter has arrived. The trees are bare, the wind is blowing, the sun goes home at 5 p.m., and it’s cold out. While I’m not really the biggest fan of cold weather, I am a super fan of winter food.

“I’ve always associated chili with winter, and it’s become a staple of the season. It also happens to be a seriously easy food to make, and you can whip large batches and freeze it for later.”

What’s winter food? You know, like soups, stews, things that are hearty — things like spicy black bean and corn chili My fondest memories of eating chili are from when I was younger, and we’d go to the local college to watch football games.

There would be a large group of us with piles of blankets, screaming and yelling, and after we’d won (because they were good back then), we’d trek back to a friend’s house for a giant bowl of steaming hot chili.

Since then, I’ve always associated chili with winter, and my spicy black bean and corn chili has become a staple of the season. It also happens to be a seriously easy food to make, and you can make it in large quantities and freeze it later. Chili is versatile, meaning you can adjust the spices and vegetables to fit your tastes or the tastes of the people who live with you.

Start by browning your meat. I went with some really nice, lean ground beef, but you can also do ground turkey if you want. Both hold up well in this dish. Sprinkle in some salt and pepper, and make sure it’s fully cooked, then drain it and put it aside (or in your slow cooker.)

Pro-tip: The draining is essential because while that fat tastes good, it’s going to pool up in the chili and then you’ll just end up with mouthfuls of it. 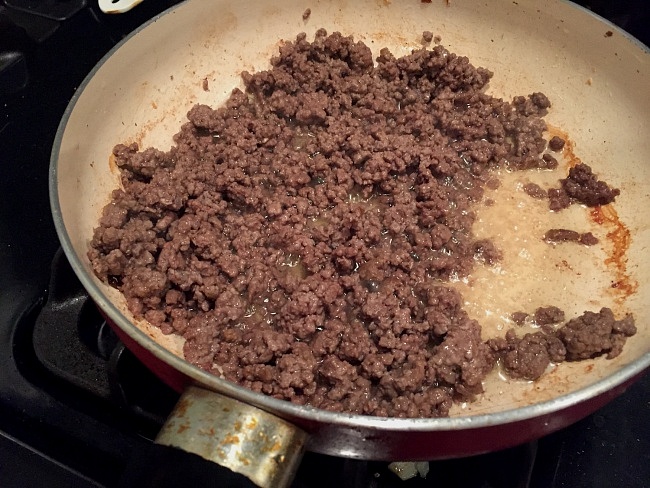 Next are the veggies. I go simple here because I don’t really like chunks in my chili. My veggie combo is onions, garlic, black beans, and corn. You don’t need to drain the black beans if you want- their liquid adds some flavor. You could totally add in squash, other kinds of beans, or any other vegetables. Just make sure you sauté them before you put them in the chili.

Sweat out the onions and garlic, and throw in the black beans and corn just to get them warmed up. You’re not fully cooking the veg here because they’ll keep going in the pot itself, and no one likes disintegrating produce.

Dump the meat and your vegetable mixture into your pot or slow cooker, and add in one monster can of crushed tomatoes, one regular sized can of diced tomatoes, and then use that can to dump in some water. The water is optional, but I like the texture a little thinner. 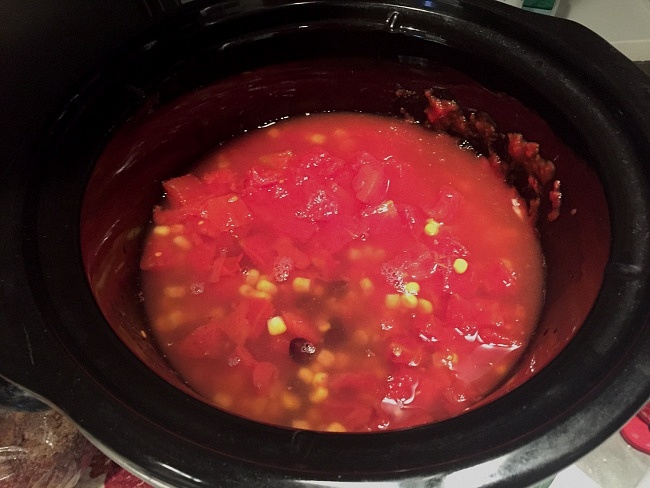 Now, the seasonings. These are totally adjustable, especially for the spicy ones. We like things with a little heat in my house, so there’s a little more pepper in my recipe. My spice mix is as follows: salt, pepper, red pepper flakes, cayenne, chili powder, and cumin. Dump these in too, give the whole thing a mix, lid it, and you’re done. If you’re using a slow cooker, keep it on high for about 4 hours. If you’re using a regular pot, try medium-low for a couple hours. 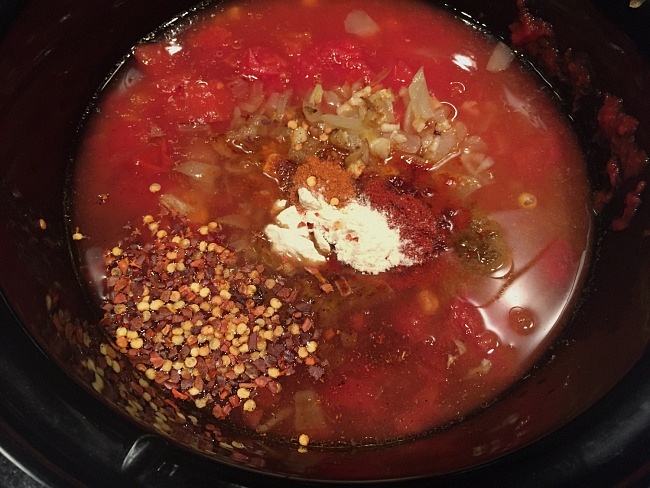 Chili doesn’t really have to be cooked very long but it might taste a little watery or diluted if you eat it right away, so I like to let it sit for a while. Of course, I top the whole thing with a silly amount of cheese, and some crushed up tortilla chips, but you could add sour cream or even avocado if you’re feeling fancy. 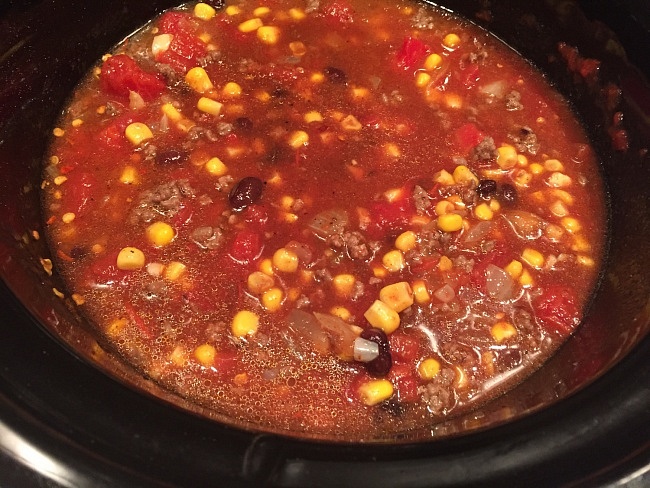