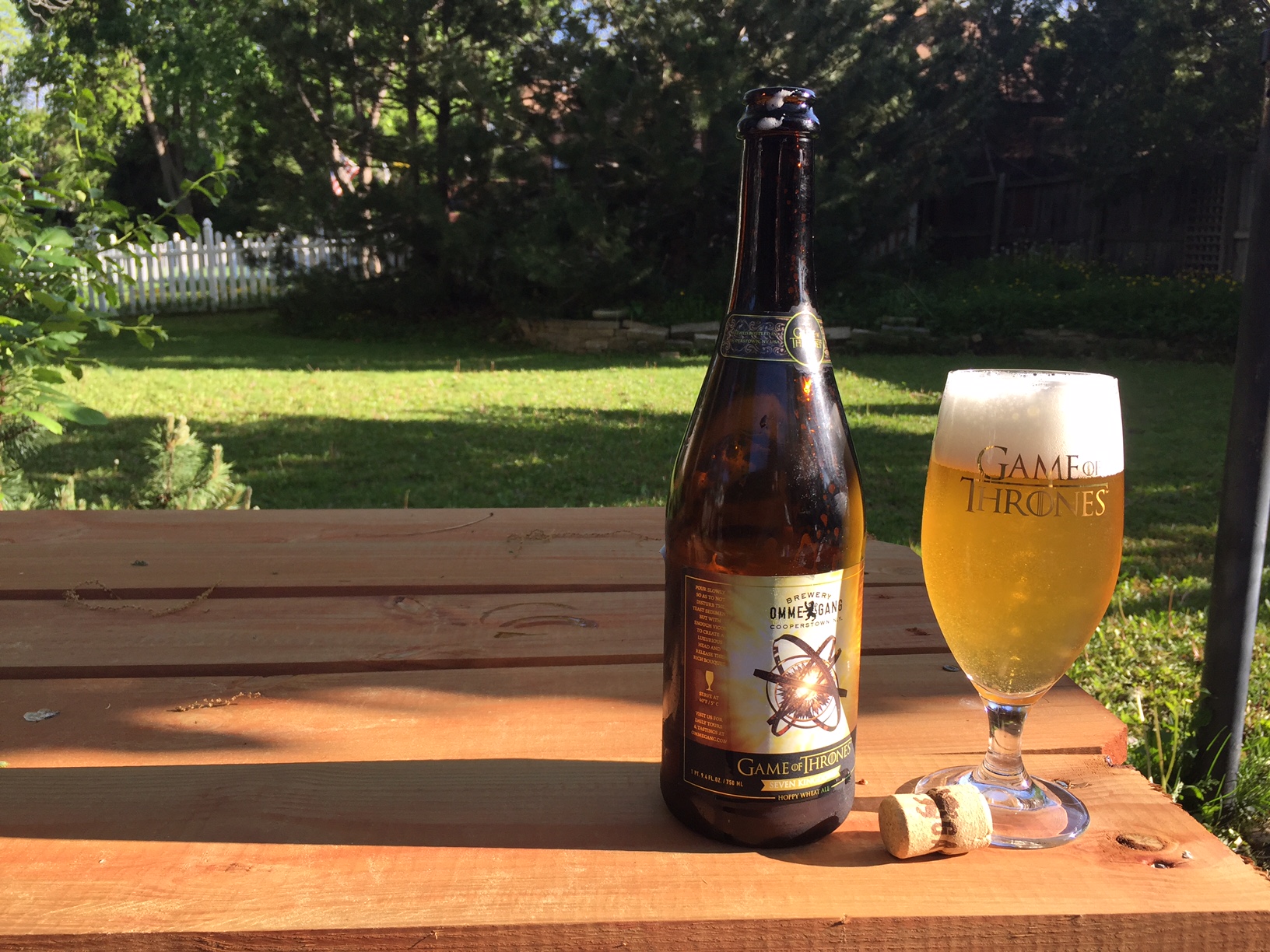 Seven Kingdoms by Ommegang – The One True Brew

This April my wife and I visited Santa Fe New Mexico and while walking around downtown after drinks at a local pub we stumbled upon a hole in the wall theater where two very nice albeit nerdy gentlemen were handing out tickets to a free screening of a Game of a Thrones episode. After stopping to see what was going on we found out that we happened upon the Jean Cocteau Cinema, a tiny art house theater owned by George R.R. Martin. Inside there was a plethora of GoT merchandise as well as dozens of signed copies of the ‘A Song of Fire and Ice’ book series and other memorabilia. The best experience of the evening however was the superb ‘Take the Black Stout’, a Game of Thrones collaboration brew on tap from Ommegang Brewery that came with a GoT chalice fit for the King of the North. After falling in love with Take the Black Stout and not being able to find it in stores I jumped on a bottle of Seven Kingdoms by Ommegang when it showed up on the shelf of my local liquor store. 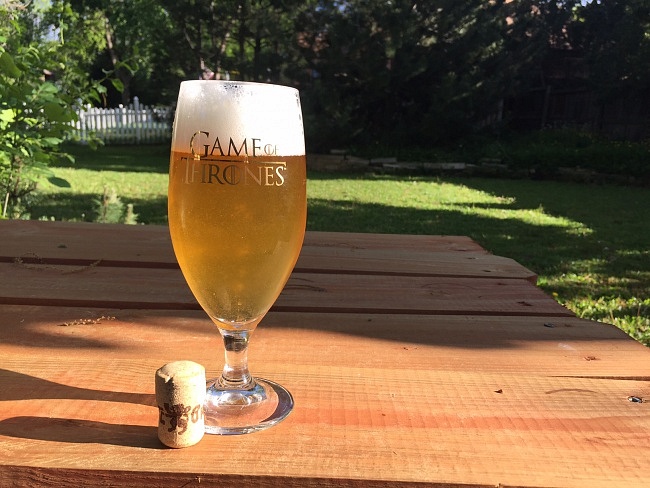 Seven Kingdoms, a Hoppy Wheat Ale by Ommegang is a balanced beer with depth where the mild wheat base is accented beautifully by mild notes of hops. I poured Seven Kingdoms from a 750 mL bottle with a caged cork into my Game of Thrones chalice and a thick and enormously dense pure white foam formed extremely quickly, spilling over the edges. The beer itself was clouded with a golden hue and yellow base that refracted brilliantly in the afternoon sun, giving hints of the balanced complexity to come. Notes of citrus fruit are evident on the nose with a floral and fruit bouquet underpinning the taste profile on first sip. The hop profile is noticeable but not overbearing with a hint of lemon and orange, finishing only mildly bitter but refreshing nonetheless. 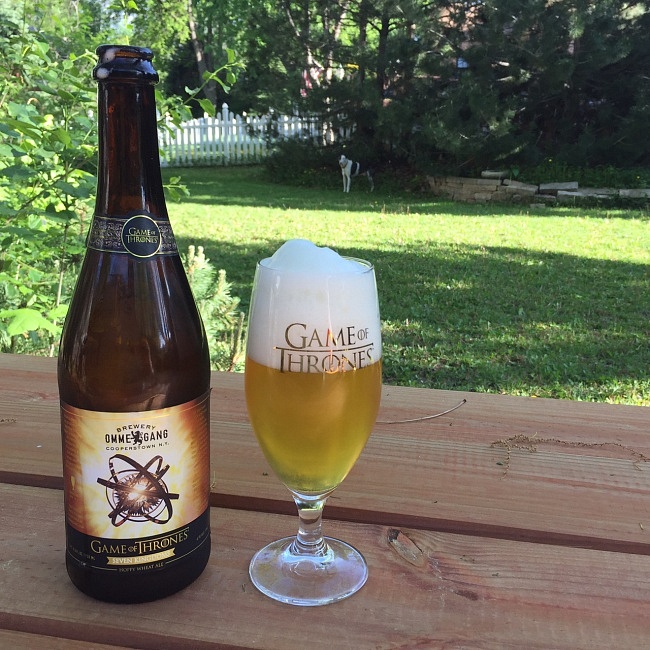 Unlike the rulers of Westeros Seven Kingdoms by Ommegang is a true uniter; I could easily see fans of both overly hopped IPAs and those that shy away from them rallying behind the banner of this truly unique and tasty brew. Whether you are a fan of Game of Thrones or just a lover of great beer I recommend you and your banner-men pledge your swords to Seven Kingdoms by Ommegang.