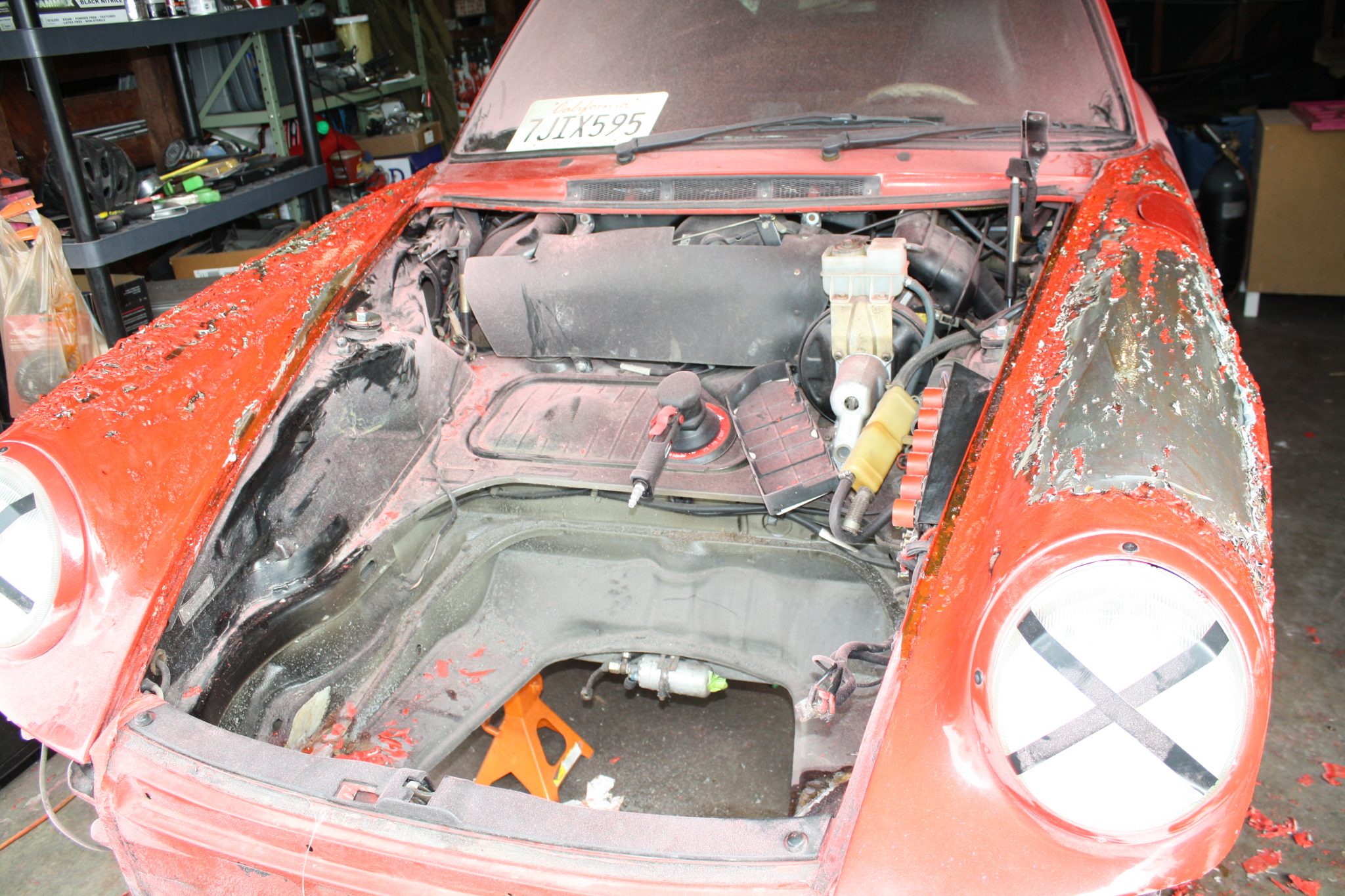 It’s been a while since I did an update on our faithful project car. It is certainly not for lack of effort on it. Indeed, work is done of the FactoryTwoFour Porsche at least 4 days a week. No, the delay has been in some serious, and seriously unexpected, rust repair. And I’m not talking about garden variety surface rust or a dime-sized hole in a fender. I’m talking about the only thing holding the suspension’s torsion bars in place was the rubber undercoating. All the metal that was supposed to be surrounded by said undercoating was completely gone. I had been driving around like that. Fun. 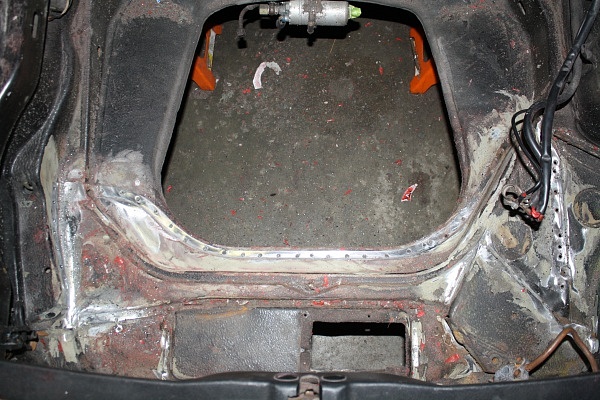 Turns out this large and integral piece of metal the runs across the car directly below the fuel tank – called the suspension pan – is a actually a maintenance item on 911s! It is normal operating procedure to dismantle the front, cut out 50% of the trunk floor, and weld in a replacement every 100,000 miles. If you say so Ingolstadt. This was a major project, one that involved much more work and time than I had budgeted. I also had to learn metal work, how to weld, how to apply undercoating. Although it took 3 months, it was an absolute blast. See, that is why I am doing this project – not to wind up with a cool car, but to teach myself new skills and learn about how things work and go together. So far, the project is providing plenty of that.

To access what I thought was a much smaller repair, I first emptied the gas tank. This involved a small bucket that would quickly fill to brimming, then I’d slosh gasoline everywhere as I tried to bring out from the underneath the chassis and pour it into a bigger painter’s bucket waiting nearby. It is an Virgin Mary sized miracle that I didn’t go up in a fireball or pass out from fumes. Dead brain cells notwithstanding, the job got done and I removed the fuel tank.

Although this provided line of site to all of the metal pan, everything was layered in undercoating making simple observational diagnosis impossible. Nope, it would take cutting to find the head of this rust beast. The more I probed, the more clear it became how serious and how long this hole must have been manifesting itself for. The driver’s side was connected to nothing but hopes and dreams. The passenger 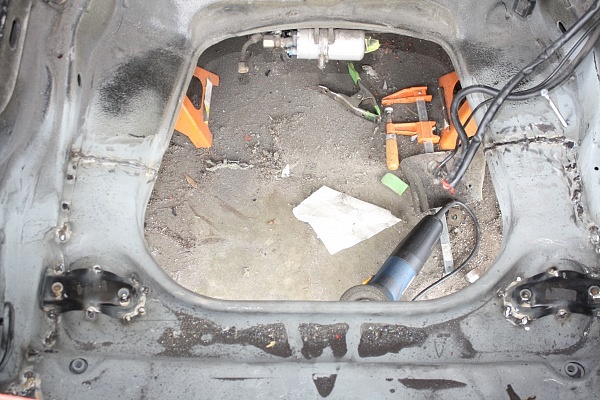 side was bolted to just enough metal to make a silver dollar. The whole front pan would have to go…

No worries however. See, Porsche 911s have been around for so long, sold so many, and changed so little between generations that one can basically construct an entire car from all the parts that are available from various sellers. And this is all brand new parts too. So I fired up the interwebs and ordered a pan for a shockingly little $216, as well as the ancillary pieces needed to do the repair and some weld-thru primer. 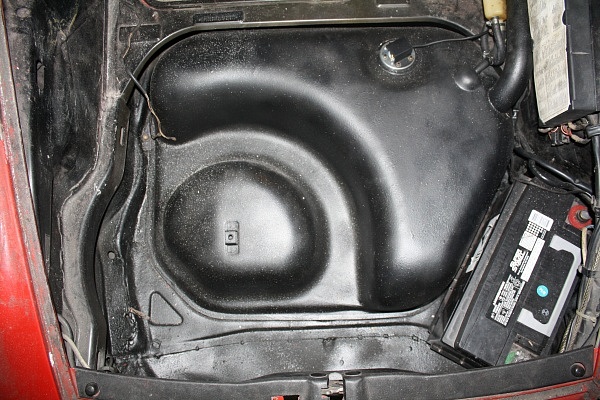 Speaking of which, I now had to learn how to weld well enough to fix a structural element on a vehicle I have every intention of breaching triple digit speeds with. Excellent. But that is what this project is all about. This Porsche isn’t a car. It’s not even a hobby. It’s a classroom that has already taught me patience, delayed gratification, and sacrifice. And now it has taught me auto body work and welding.

3 months of test welds on scrap, metal grinding an cutting, rust excavation, and spot welding and I finally had the front pan replaced. Standing above it even now, I look down and see a skill I didn’t possess before. It is an truly awesome feeling. This was the biggest curveball (so far) on this project, and I conquered it.

Rust dealt with, I started to strip the paint off the car in preparation for it’s new coat of Grand Prix White. Here I tried sanding as well as paint stripper, and I’ve decided I’ll be sticking to the messy but low work stripper to bring the whole exterior down to bare metal. Before that though, I’ve got to do the final fitting of the RS bodykit to weed out any panel gaps or angles and find a paint shop. Until then faithful readers…