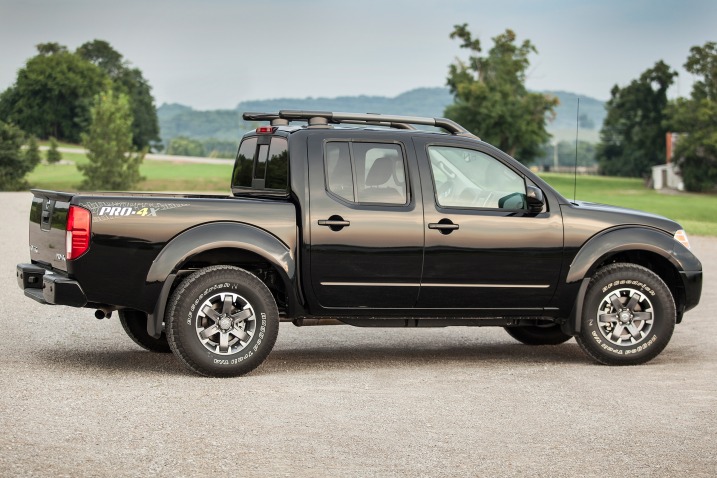 Could It Be The Perfect Small Pickup?

The Nissan Frontier is fundamentally the same vehicle it was in 2009 when it last received a major facelift. Small changes have been introduced here and there but nothing that major. And while the competitors (Toyota Tacoma, Chevrolet Colorado) all appear to be a step up on the Frontier, things are not always as they appear. Nissan has the don’t fix it if it’s not broken philosophy and in this case it seems to be working more than well for them. The Frontier is still a competitive truck, even in the midst of facelifted, more sophisticated trucks.

It’s also one of the few, if not only, truck to offer a manual transmission in all of its trims, even the flagship Pro-4X model. Rumors have it that Nissan is planning to overhaul the Frontier for the 2018 model but even so, we can’t say you should wait for the new model, seeing as how capable the current one is. In all honesty, it’s probably one of the best fully-boxed frame trucks currently on the market. It may not excel at anything in particular, but the fact that it manages to keep up with every truck in every measurable way makes it the perfect all-rounder.

First of all, there’s the iconic styling. The Frontier has had the current design for so long that it’s become something of a trademark feature by now. It’s got the classic, slightly boxy pickup shape which coupled with the large fenders and wheels of thePro-4X give it a really great appearance. This isn’t a truck you’re ashamed to own. It’s functional but visually pleasing as well. Nissan is proving that you don’t have to have over the top styling just to make something cool.

Most midsized trucks can be had in multiple trims in guises, and it’s no different with the Frontier. Where it separates itself from the pack however is in the flagship Pro-4X model. Designed as a special off-roader for everyone wanting the ultimate out of the Frontier, the PRO-4X package comes with a standard 4WD system and an E-locker. In addition to all of that there are all-terrain tires for every kind of surface and weather, Bilstein shocks and of course something no self-proclaimed off-road truck can live without, skid plates for off-roading purposes. You do get some cool graphics on the side of the truck letting everyone know that it’s the flagship Pro-4X model but it’s the functional side of the Frontier that we’re more interested in.

The Pro-4X is only available with the more powerful 4.0 liter V6 developing 261 hp and 281 lb-ft of torque. That torque figure is what matters here the most. It’s one of the highest in the segment and for an off-roader like the Pro-4X, one that is absolutely crucial. Like we mentioned, you can have it with a six-speed manual or an automatic.

To wrap it up, we really like the Nissan Frontier. The styling can still hold its own despite the fact that the interior hasn’t aged so well and is in desperate need of upgrades. The engine is a beast and the simple fact that you can have it as a manual not just an auto makes it a great truck in itself. It’s affordable too. What else can we say? We really, really like it. 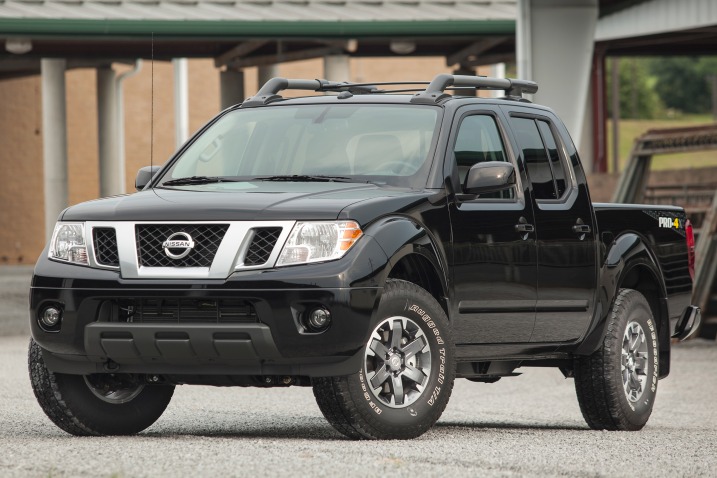