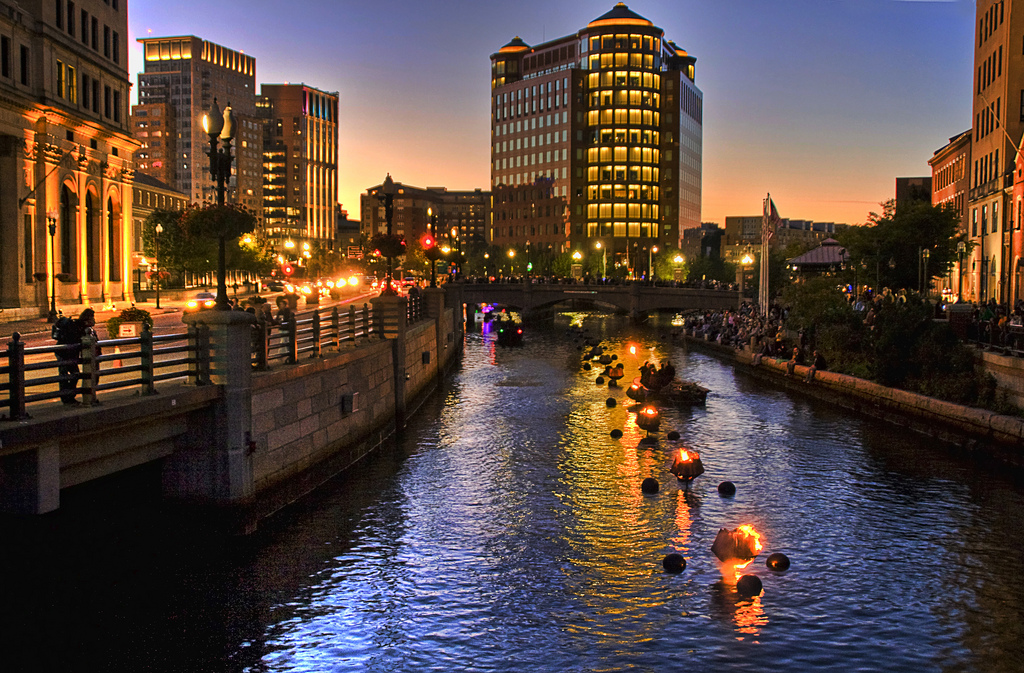 48 Hours of Drinks and Dining in Providence, Rhode Island

Rhode Island has long lived in the shadow of Massachusetts. And, not surprisingly, that inferiority complex bolstered a me-too sentiment among Providence natives who saw Boston as the hipper, more popular, older brother.

But, those feelings have waned in recent years as RI’s capital city has found its way. The city is now fresher, more vibrant, and more cosmopolitan than ever. It’s also one of the hottest small cities on the east coast, particularly in the culinary scene. As a lifelong Rhode Island native, here’s how I’d recommend you eat and drink your way around Providence. 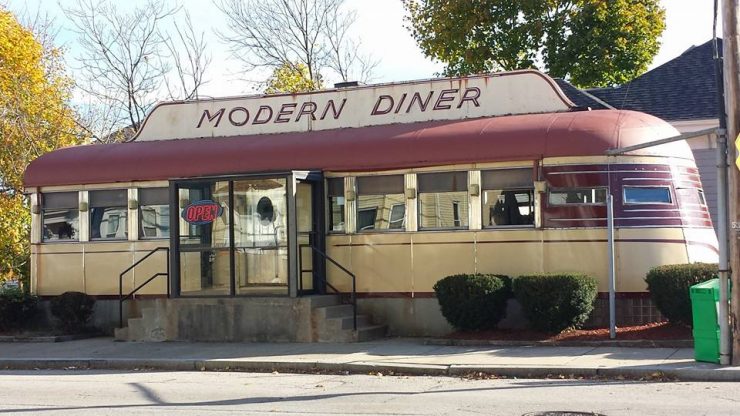 First up: a hearty breakfast just outside the city, courtesy of Modern Diner. This 1930s-era “modernistic” diner car was the first of its kind to be placed on the National Register for Historic Places and is literally a landmark among Providence locals. The menu is long and ever-changing with more than 30 specials to choose from daily. If it’s in season, the Lobster Benedict is a must.

Hop a quick Uber ride to the heart of the city to burn off the morning’s gluttony. Launching from Waterplace Park, Providence Kayak offers single/tandem kayak rentals for paddlers to explore the city’s winding Woonasquatucket River.

Just over the highway, Ogie’s Trailer Park is a no-frills joint with plenty of trailer park-inspired kitsch. It’s the perfect spot to grab a local craft brew (from their 66-can menu) and a Southern Rhody Fried Chicken Sandwich w/ Slab Bacon from Granny Boo’s Kitchen, then wile away the afternoon on their outdoor patio.

Head back over the highway for a dose of culture around and along Benefit Street. As arguably the most historic few blocks in the entire state (and the country), it’s home to beautifully restored churches, homes, and museums. Most notable: RISD Museum (part of Rhode Island School of Design), plus dozens of colonially significant homes including the Governor Henry Lippitt House and John Brown House Museums. The Rhode Island Historical Society’s Benefit Street: A Mile of History walking tour is a great place to start.

After dinner, take in a flick at Cable Car Cinema — the city’s best art house cinema that screens foreign and indie films. Or, if you’re hankering for a late-night snack, Haven Brothers has been the go-to spot for the hungry after-hours crowd. Their burgers and fries are simple, greasy, and satisfying — the perfect street food.

Wickenden Street is a small, creative enclave on the city’s southeastern edge. Grab breakfast at the aptly named Brickway on Wickenden — a cramped, boldly designed cafe/diner with creative takes on classic fare. Go early as there’s almost always a wait.

After breakfast, head south to India Point — the city’s most beautiful urban space. The park is small, but there’s enough room to explore on foot or with a bike rental (the East Bay Bike Path runs right through the park). Or simply relax on the grass while watching the ships cruise Providence Harbor.

Grab lunch downtown at Trinity Brewhouse. While many other breweries and brewpubs have since opened throughout the state, Trinity was the first. Their rotating menu of beers brewed in-house is ever-changing, but always excellent. Ditto the pub food menu which, if the weather is cooperating, is best enjoyed alfresco on their outside patio.

To get a real sense of Providence’s modern, college-influenced culture, stroll along Thayer Street. If there’s one strip that’s the beating heart of the city’s student and youth culture, this is it. It’s short but offers a densely packed blend of restaurants and shops, peppered with buskers and a healthy dose of hipster vibe.

For some of the best Italian food in New England, most travel guides will direct you toward the Federal Hill neighborhood. And, they’re not wrong. But, I highly recommend dinner at Al Forno instead. This upscale ristorante has been a staple of the Providence food scene for decades. Every last thing on the menu is spot-on, but their wood-fired pizzas (which they claim to have popularized for all of America) are the big get.

For post-dinner drinks, hit up the adjacent Milk Money — a rustic/industrial tapas bar with an excellent cocktail menu. (I recommend the Y’all Been Warned — a blend of mezcal, jalapeno peppers, agave, passionfruit, and rhubarb)

After dinner, follow the Riverwalk through the city along the length of the Woonasquatucket River. It’s the best way to experience the entirety of the downtown core. Check the schedule for WaterFire for one of the best, most unique ways to view the city.

Where to Stay: Crash at The Dean

Remnants of Providence’s less-than-stellar past are rapidly fading. On the former site of one of the city’s seediest strip clubs (it could hardly be called a “gentleman’s club” with a straight face) has sprung its swankiest boutique hotel. The Dean is equal parts eclectic, stylish, and contemporary with a healthy dose of vintage panache. There’s even an on-site cocktail bar, karaoke lounge, and German-style restaurant/beer hall.