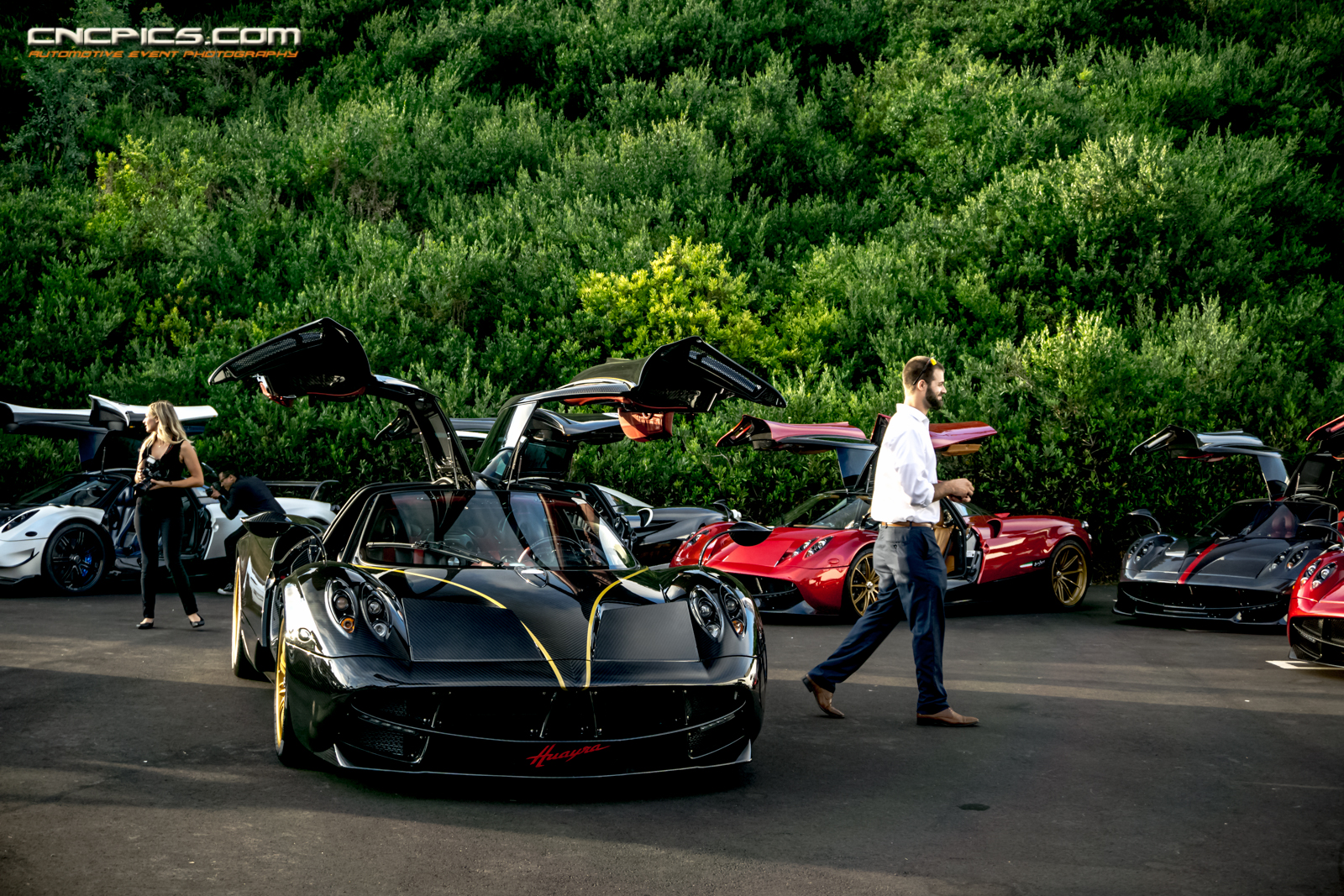 In the days leading up to the legendary Monterey Car Week, America’s first and only stand-alone Pagani Automobili dealership — Pagani Newport Beach — hosted its grand opening with an impressive (and expensive!) display of supercars from the boutique Italian manufacturer.

With only two different models — and a bunch of custom variants — Pagani has made a name for itself in the flashy world of million-dollar performance cars with jaw-dropping design, incredible attention to detail, and a level of customization that’s only limited by the size of your bank account. 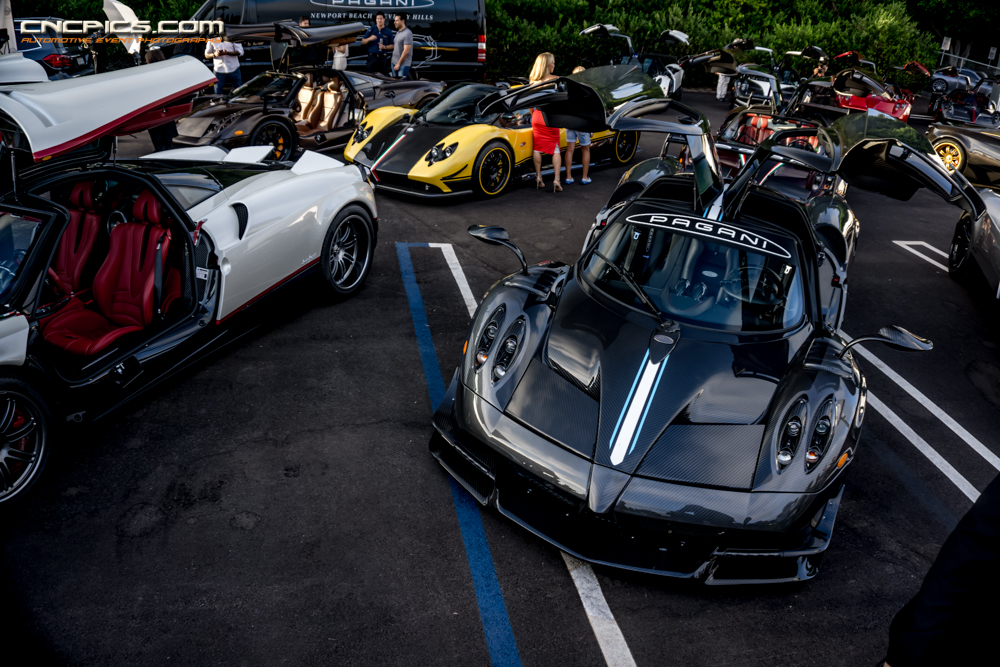 During this grand opening event, roughly $30 million worth of cars gathered from around the world, including the not-made-for-America Zonda Cinque Roadster, three Huayra BCs, and the brand-new Huayra Roadster.

My friend and photographer-extraordinaire, Leonard Mayorquin, was on site at the Pagani Newport Beach grand opening to capture these marvels of engineering in all their bespoke glory. It was colored carbon fiber and titanium as far as the eye could see. 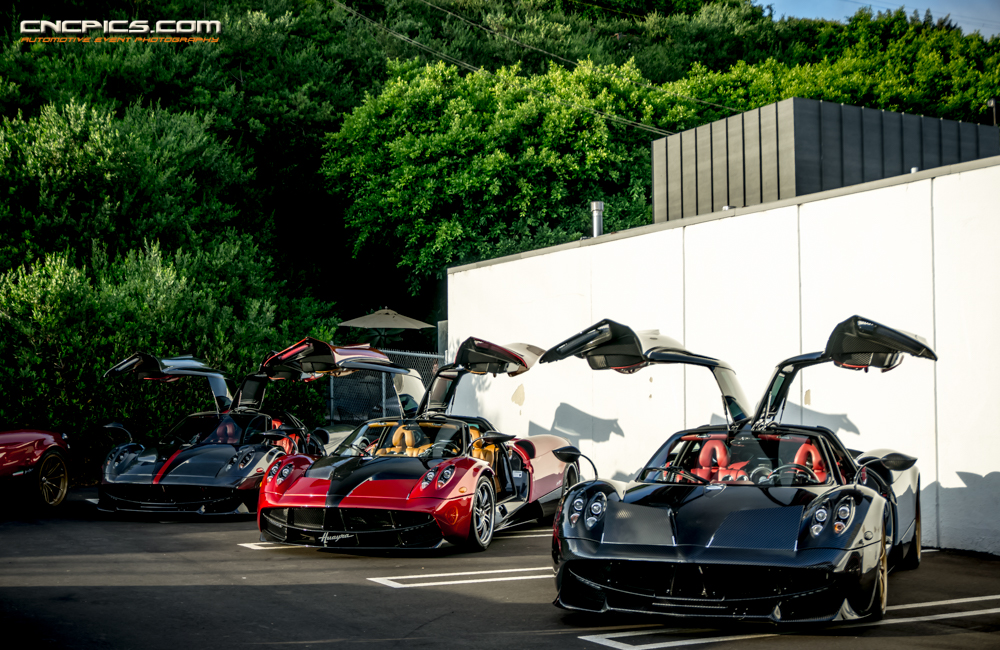 The last time this many Paganis were on the west coast was in 2015 during the Pagani Raduno, an annual cross-country rally for Pagani owners that features a rotation of driving routes from all over the world.

After an epic drive up the coast, this large group of ultra-rare supercars has finally arrived in Monterey, California, so keep a look out for them on the roads and on social media. You can also follow Pagani Newport Beach’s official Instagram page for real-time updates.

Check out a selection of photos below from last week’s soirée, courtesy Leonard Mayorquin. To see even more photos from the event, visit CNCPics.com. 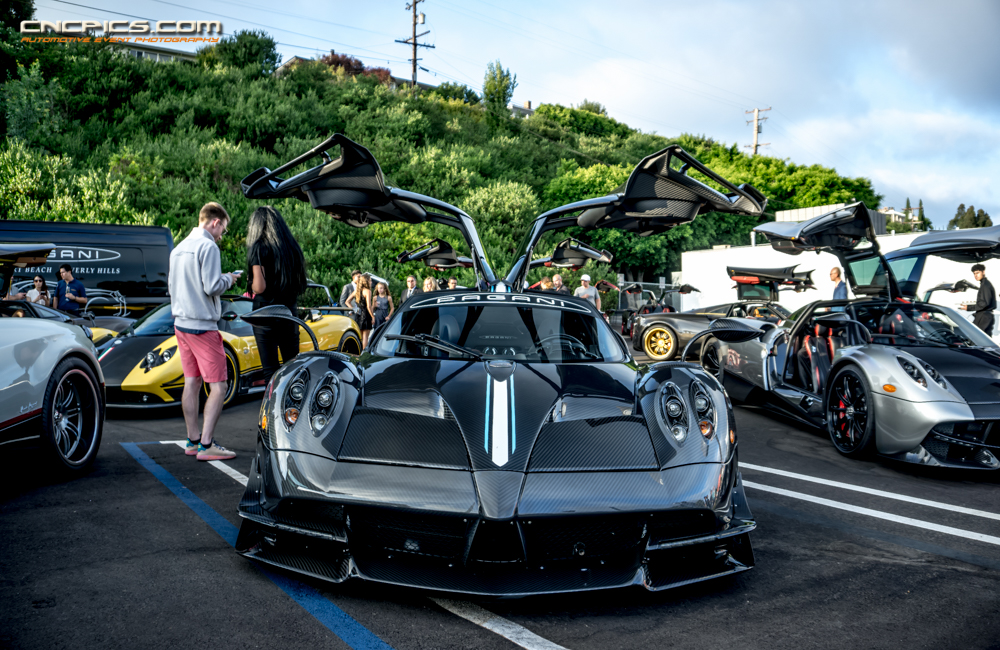 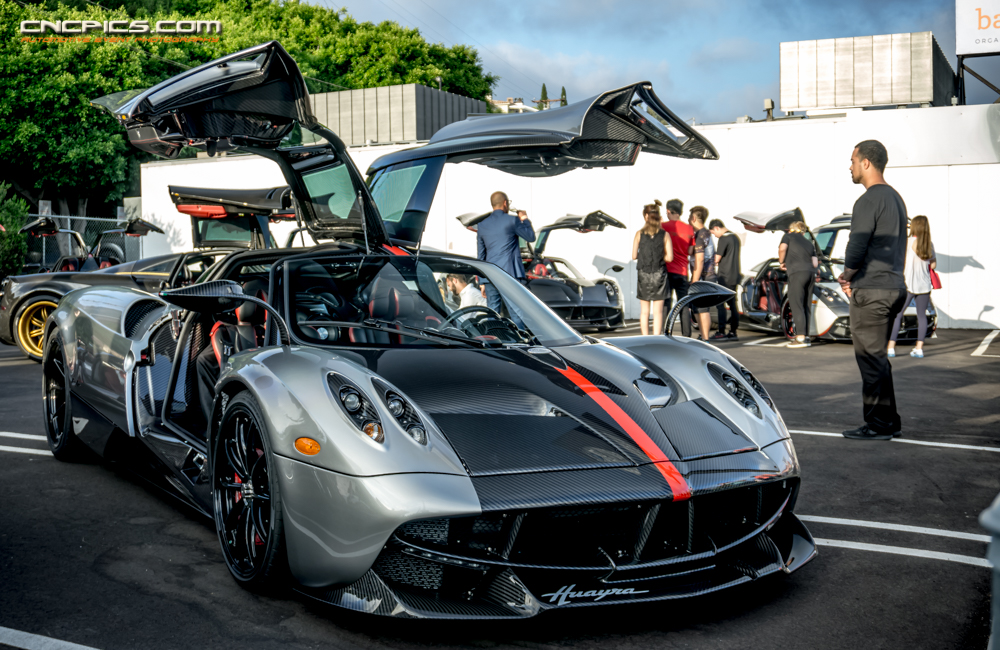 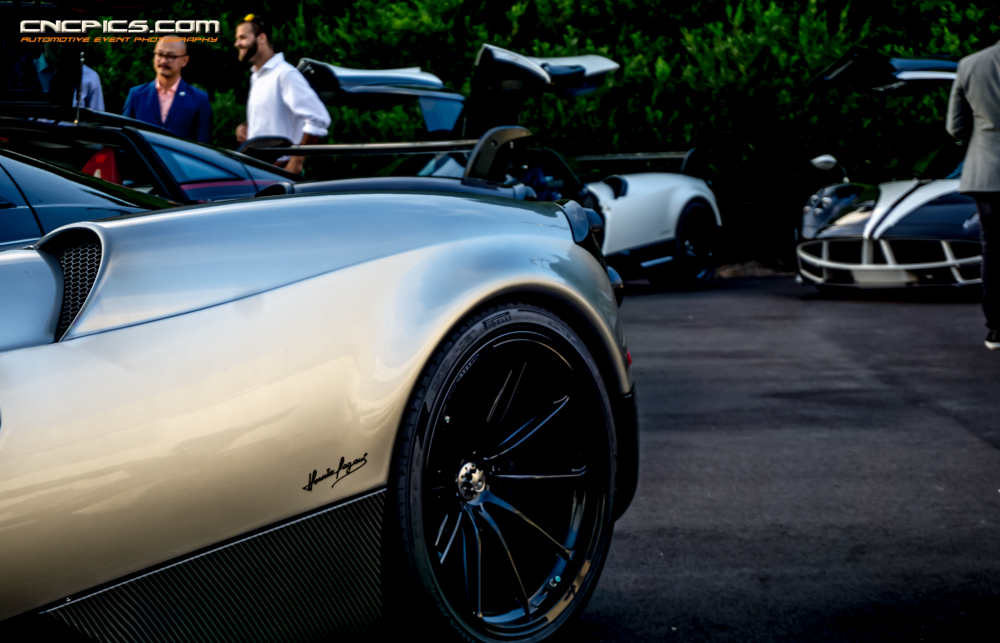 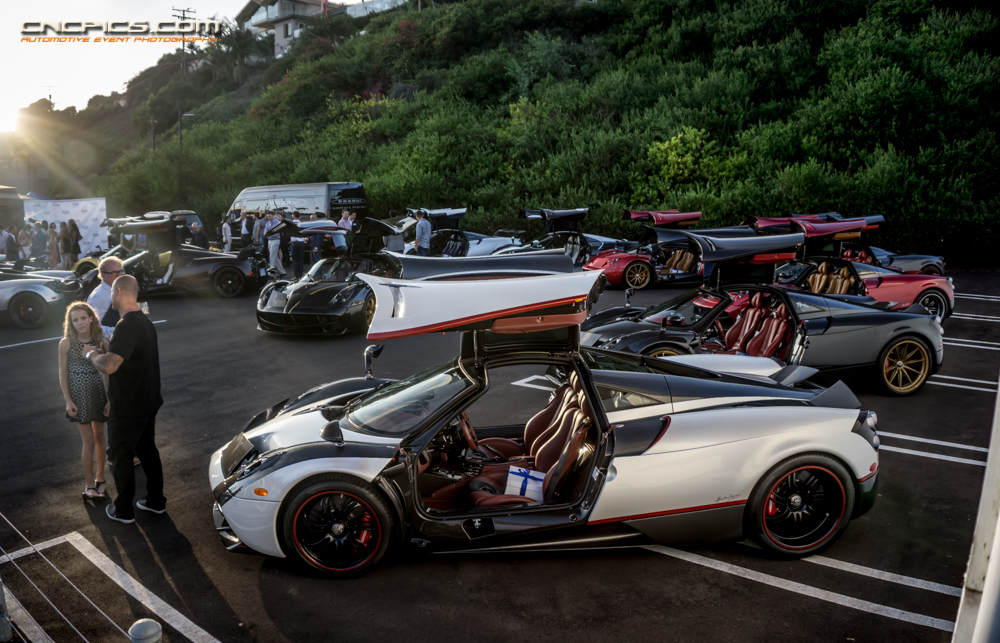