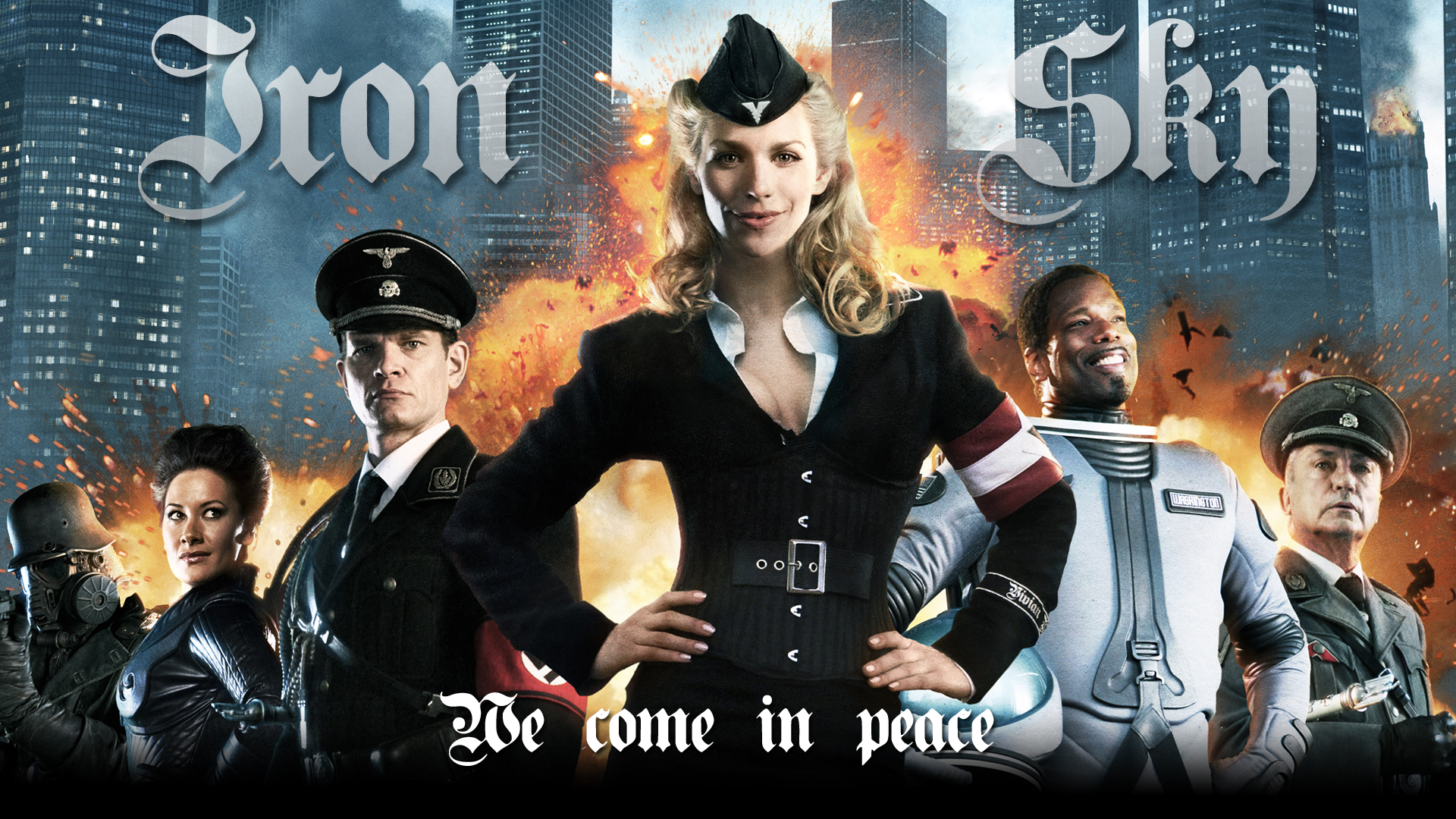 Iron Sky is best described as an amazingly high quality “cinematic” porno without the sex. The storyline revolves around a regiment of Nazi’s that left Earth during the fall of the Third Reich to set up a secret base and society on the dark side of the moon.  Yes you read that correctly, this movie is about Moon Nazis invading Earth.   While character development is amusing at times, it falls flat more times than not.  The plot takes place in 2018 and the current president is obviously Sarah Palin even though they never refer to her by name. You can tell that when the writers wrote this flick they believed Sarah Palin jokes would always be culturally relevant and would never get old; trust me… they do.

While this movie is a convoluted wreck and failure on many levels, it does have a few instances of genuine humor and engaging cinematic moments.  There is a truly enjoyable moment when the Nazis bomb Earth by towing massive asteroids in to its atmosphere that is actually done quite well.  There are also some funny moments in the film such as a scene during a UN meeting where the North Korean delegation tries to claim that the space ships raining fire on the US were actually designed by their dear leader for world domination, only to be laughed out of the room.  The special effects are gritty, cold, mechanical, and surprisingly well executed; my hat is off to the special effects team who were obviously working on a shoestring budget.

The bottom line is; this movie is disappointing in nearly every way except for a somewhat fun, fast paced, and campy final 30 minutes.  This final act becomes an engaging indie sci-fi extravaganza with spry space combat sequences and cheeky one-liners that actually make the end something worth the time to watch.  While the big reveals are easy to predict and not too exciting, it is still fun to see the Earth unite to fight this space-based Nazi threat. Sadly, the last 3 minutes of this otherwise fun finale are an unadulterated mess with a half assed final message that was clearly added to make the movie more ‘edgy’.

When you are perusing Netflix and you want to experience the best movie that the ‘Nazis from Space’ genre has to offer do your self a favor and skip to the final 30 minutes of Iron Sky.