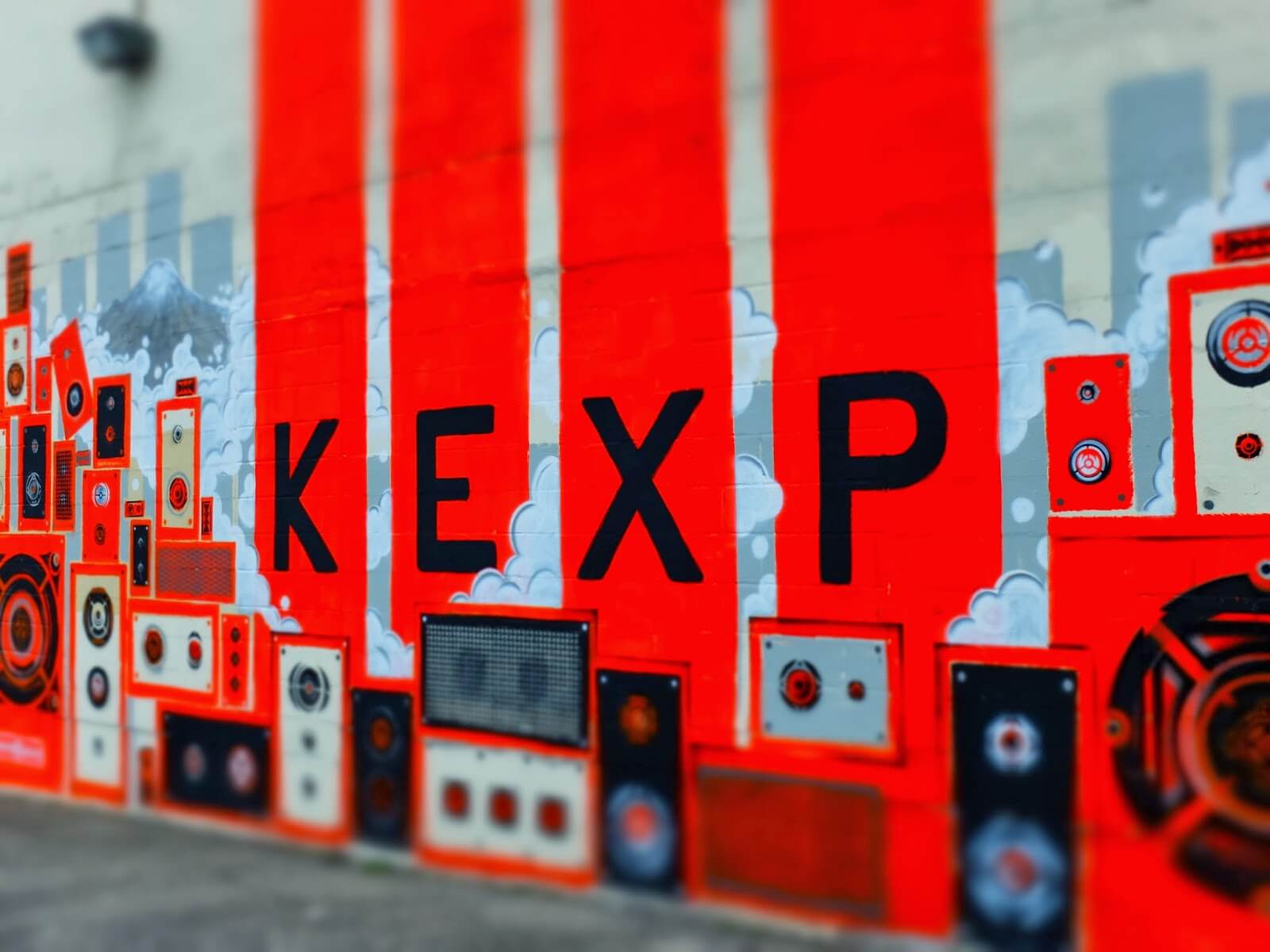 I’m into new music. I think it’s important, not just for my street cred with millennials, but also because I innately fear becoming the guy in LCD Soundsystem’s “Losing My Edge.”

So when I initially rejected KEXP, it wasn’t because I don’t like new stuff, which is what you get a healthy dose of at the station, albeit with plenty of old-school gems mixed in. It was mostly because the listener-powered public radio station is in Seattle.

And every time my co-worker in L.A. would implore me to listen, I’d give in, and somehow feel guilty, like I was in Seattle and rejecting my sunny L.A. public radio stations KCRW and KCSN, both of which are perfectly good.

“When I moved up to Seattle for a couple of years, I was in dire need of friends, and KEXP thankfully found its way into my life. I was soon enjoying breakfast with The Morning Show host John Richards, who didn’t just play the Seattle Sound, but also dropped deep cuts from hip hop to punk to indie to classic country.”

But when I moved up to Seattle for a couple of years, I was in dire need of friends, and so KEXP thankfully found its way into my life. I was soon enjoying breakfast with The Morning Show host John Richards, who didn’t just play the Seattle Sound, but also dropped deep cuts from hip hop to punk to indie to classic country. All this while making me genuinely laugh and educating me on all the bands, old and new, and where I could see them.

Since I work to streaming music all day long, Cheryl Waters would inevitably come up next for The Mid Day Show, and she’d frequently have an in-studio guest to play a short set and share an insightful Q&A – most of which are impeccably filmed and archived for streaming. And of course I’d have to stick around for The Afternoon Show with Kevin Cole, who used to D.J. private parties for Prince. And then there’s the specialty shows that go professorially deep into genre—rockabilly on Shake the Shack, twang/country on Swingin’ Doors, and reggae with Positive Vibrations, just to name a few.

One of the reasons KEXP is so special is because it is “listener-powered radio,” as you’ll hear on many of the station’s promos. Because of this, they can play whatever the fuck they want, as long as they keep getting supported by benefactors, all of whom seemingly enjoy the 40-plus DJs’ vast curated selection as much as I. This allows KEXP the great privilege of pivoting; if an artist dies, for instance, then there is nowhere better to mourn along. Or if Bob Dylan wins the Nobel Prize in Literature, you can expect a healthy dose of “here’s why.”

Being listener-powered also allows KEXP to have specialty programming, where they’ll take a day to deep-dive into a special song or album. Like when they spent the day playing all the references in “Losing My Edge,” or a sample-by-sample breakdown of the Beasties’ Paul’s Boutique, or De La Soul’s 3 Feet High and Rising.

Those are hard days to get work done though, because you spend so much time looking at the live playlist to find out what new band you’re hearing. But for any true music fan, the loss of productivity is more than worth it.