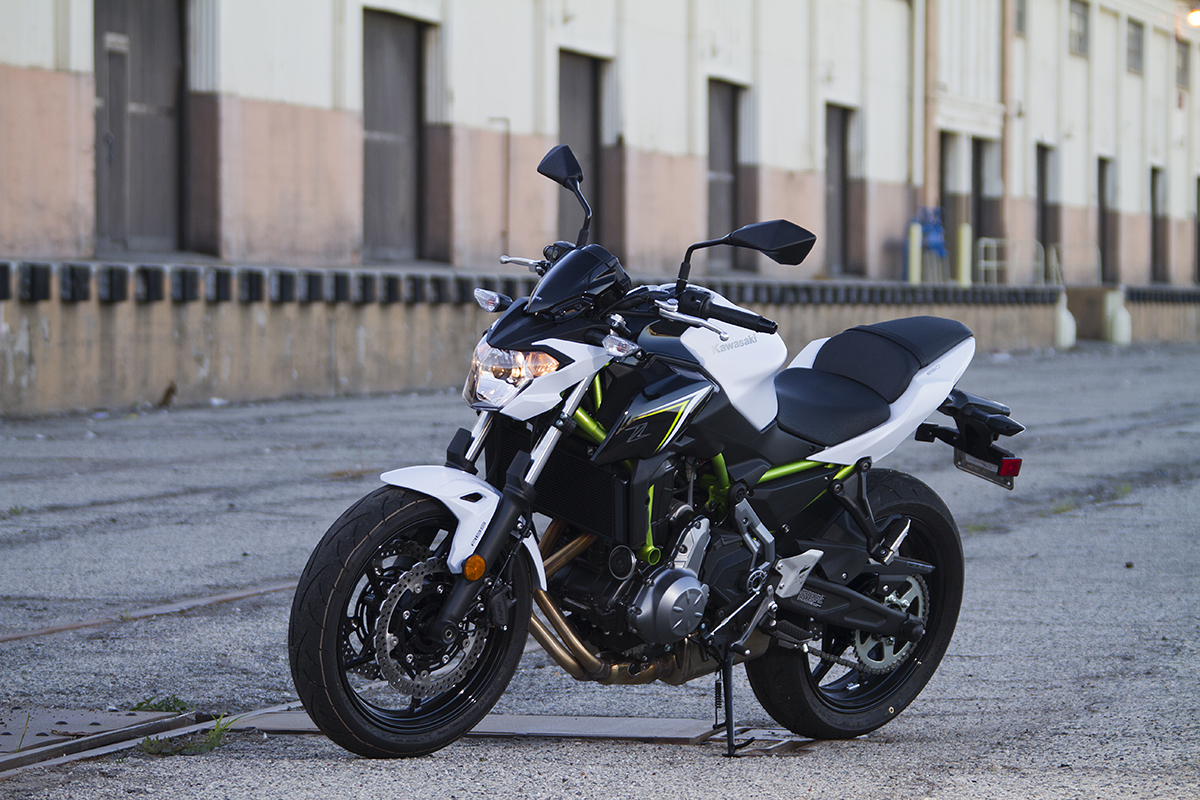 Why the Kawasaki Z650 is better than the H2R

The first motorcycle I ever owned was a Kawasaki – frankly only for the simple reason that the brand sounds vaguely like my last name. You shop for vehicles how you like, and I’ll shop how I like. Although I sold that ancient KZ650 after two years, I still consider myself a fanboy in the wings, so it was with much mouth-gaping that I viewed the announcement of the H2R. This 998cc carbon fiber beast is a 310hp monster. But now I found a better bike – the new Kawasaki Z650.

So how can a 650cc naked Ninja possibly be better than the closest bikers have gotten to God’s grace? Simple – it’s actually usable. Consider the famed fighter jet the F-16. Undeniably a badass aeroplane capable of projecting the pointy side of freedom onto any shifty communists the world over, but less great at getting you from NYC to LA is anything but a sweaty ball. It is CAPABLE in the same way the H2R is capable, namely at bleeding edge performance and not suffering fools – and new flash you and everyone else are almost certainly fools when it comes to riding halo superbikes.

But the Kawasaki Z650 my friends? Now this is a bike that’s capable of being used, exploited, and trailer-park-level abused on streets and avenues you actually call home. This bike is so confidence inspiring, so tossable and user-friendly that it’s not a starter bike but rather a start to finish bike. This is all the bike you need on public roads and highways, and the only time you’ll be left wanting for power or poise is if you line up against some suicidal maniac on any of the halo superbikes. Let’s all collectively grow up and decide to end this obsession with more power. We’ve clearly reached a point in all our two and four wheeled machines where power and ability has outpaced the general public’s capabilities. Hellcats and H2Rs prove that.

The Z650 is that rare middle-ground of the right amount of power to not leave an old salt wanting, but not so much that it will overwhelm even the newest Squid. I loved this bike, in a way I thought I couldn’t love a modern bike (I’m hipster like that). Throttle response was crisp, handing was nimble, and all my inputs were reacted to in a predictable and measurable way. It is missing that edginess than many sportbikes confuse for dynamics but are really just poor driving characteristics. If I was shopping for another bike for the F24 garage, I’d give the Kawasaki Z650 a serious look, and you should too.