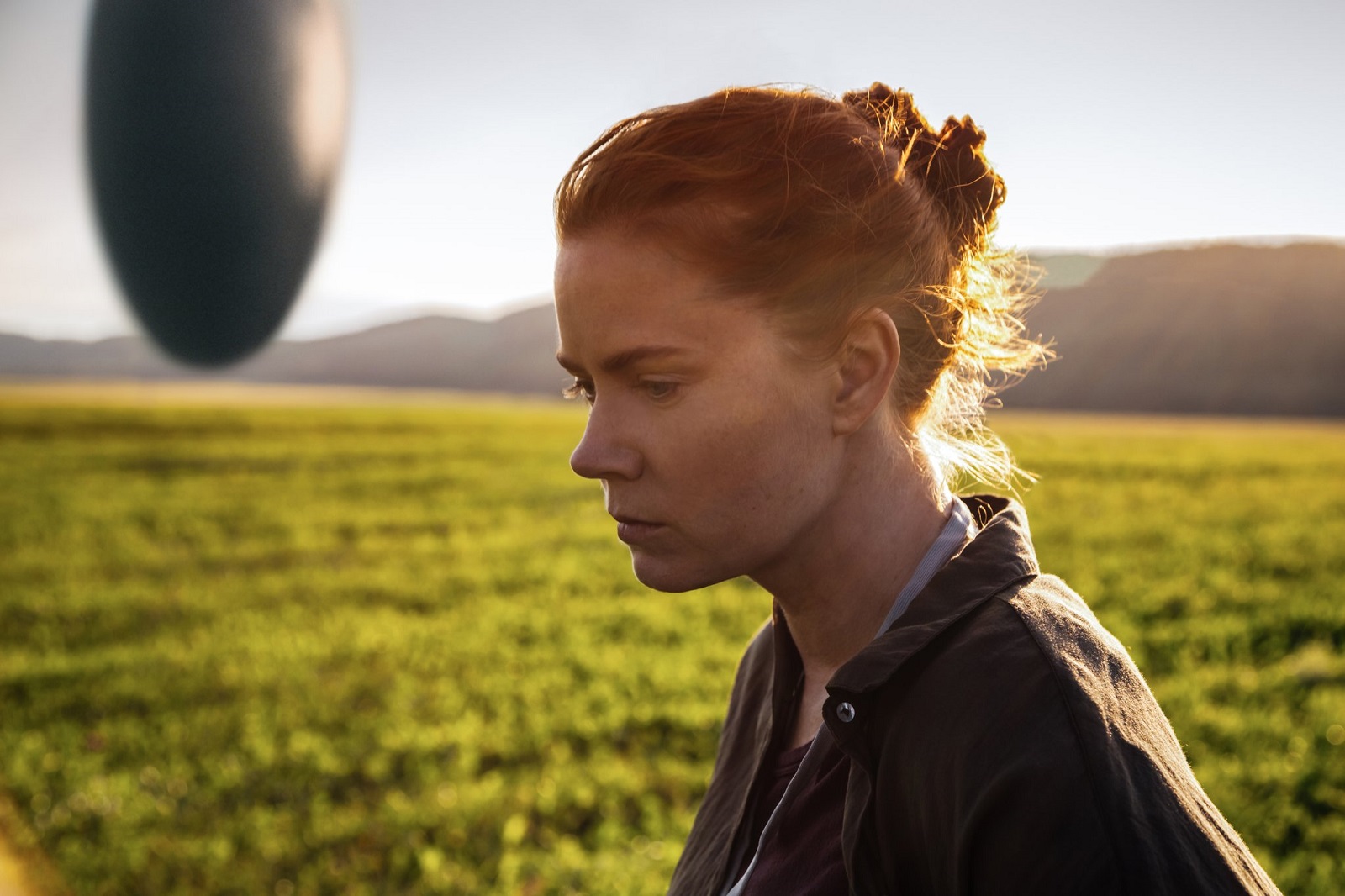 For a film that’s nominated for eight Oscars, Arrival doesn’t seem to have any buzz heading down the closing stretch towards the granddaddy of All Awards Shows. And that’s just a shame, because for my money, it’s the obvious Best Picture. (For the record, I’m broke.)

For an epic, sweeping sci-fi film, Arrival (now available for home viewing) begins with the very small world of a mother and her daughter. Well, that’s if you believe in beginnings. Or endings. Or linear time, for that matter.

Complicating matters, the world’s geo-political communication shuts down in the face of alien Armageddon. The fear of the other, around the globe and the universe, quickly pushes the pod-harbored nations to raise up arms against the visitors. To close the lines of communication and cooperation. To create more fear through isolation.

Celebrated linguist/translator, Dr. Louise Banks (Amy Adams) seems to be questioning as much during the film’s powerful opening montage, which begins with a shot of her rustic ceiling spooling above. It’s a shot that’s repeated often throughout Denis Villeneuve’s subtly stirring film. That it’s bookended by the disorienting shot is obviously no accident.

Such chronological chicanery is greatly ramped up by the time the zero-emission alien pods arrive on the global scene. 12 of them, each the size of a mountain valley, sporadically placed around the world – or so it might seem. But why are they there? Are they friend or foe?

As the world starts to unravel while faced with these frightening questions, U.S. Army Colonel G.T. Weber (Forest Whitaker) invites Louise and theoretical physicist Ian Donnelly (Jeremy Renner) to help provide some answers. To do so, they must speak with the aliens face to… well, it’s unclear, because they’re behind a safety partition, which divides their space pod ingeniously.

Not that you don’t get a good look at the aliens. Oh you do, after a thrilling build (nearly as thrilling as the slow reveal of the pods themselves). And they’re spectacular. Thanks to their aqueous yet gaseous nature, they’re some of the most fantastically realistic aliens ever portrayed. Sort of like octopus Ents who lost one limb along the way, who sound like humpback whales playing an electric didgeridoo. (I would totally see that band.)

Much of the film is spent in the pod, or the Army base established nearby, with Louise and Ian trying to build effective communication with the aliens (and each other, in a surprisingly well-integrated B-story). It turns out the question of “Why are you here?” is actually quite a complicated one. With even more complicated answers.

Further complicating matters, the world’s geo-political communication shuts down in the face of alien Armageddon. The fear of the other, around the globe and the universe, quickly pushes the pod-harbored nations to raise up arms against the visitors. To close the lines of communication and cooperation. To create more fear through isolation. It’s a powerful warning. That now, more than ever, we must find ways to communicate with the other.

Well, that’s if you believe in the concept of now.

I do. Which is why I believe Arrival is the Best Picture for right now. Because unlike many of the nominated films, which are either out of touch with today’s politics or just tell tiny, personal stories (albeit with universal themes), Arrival reaches far and wide for connection. And it achieves it, stylistically, sonically, and most importantly, as a complete story — albeit one without a beginning or an end.