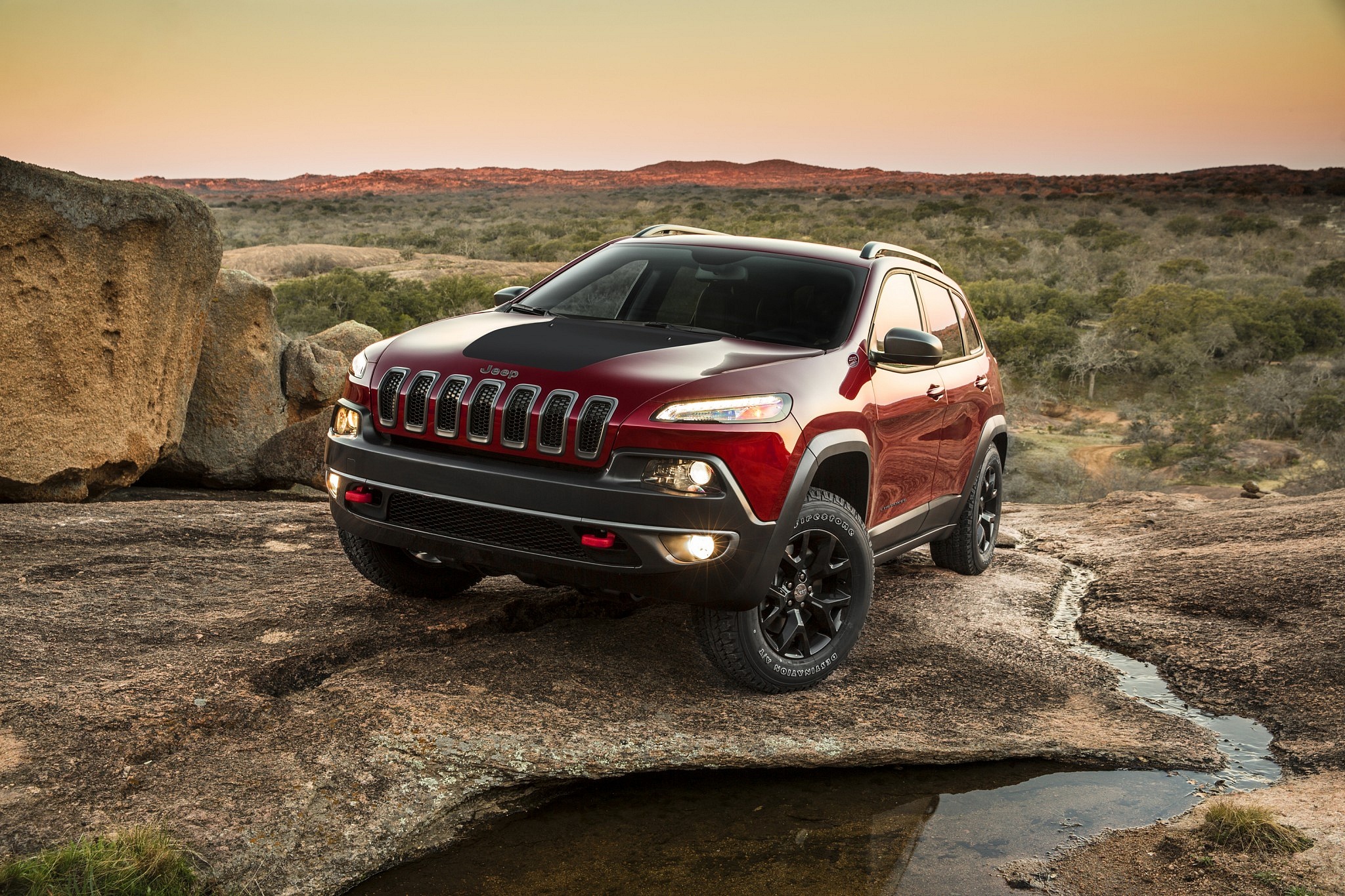 Is the Cherokee a Two-Faced Jeep?

The past several years have ushered in an array of automotive changes ranging from complete vehicle lineup shifts to newly available infotainment options. Despite these continuous adjustments, one fact remains: Americans still love their Jeeps. The folks at FIAT-Chrysler have altered the Jeep underpinnings dramatically, but surprisingly, the Italian influence hasn’t hampered sales numbers. In fact, despite the overwhelming number of compact SUV offerings, the brand is seeing year-over-year growth. It’s clear, then, that America’s image of Jeep has both grown and partially shifted.

Considering Jeep’s gradual departure from an off-roading focus toward expanding growth in city worthy vehicles, it felt like a good time to see how the brand was adapting courtesy of the newly released Cherokee. The most notable and immediately apparent change is the radical shark nose slotted grille design, which hasn’t been so apparent on a vehicle since mid-’80s BMWs. It’s proving to be a love or hate style generating mixed reviews, though I’m finding it to be different enough that it exudes a sliver of charm. As defining characteristics are proving a vague challenge when comparing segment competitors, I was drawn toward the masculine yet quirky design cues of this Jeep.

The pull to the FIAT based crossover grew ever stronger when testing the “trail rated” Trailhawk model. In all honesty, I wasn’t entirely sure what to expect before driving a car-based platform engineered to tackle moderate off-road obstacles. The visual cues all pointed to a rough and tough SUV: skid plates, red tow hooks, aggressive all-terrain tires and a higher ground clearance. However, driving around town proved to be just as civilized as anything else in the segment, if not more so. At no point did I find complaint with road comfort or steering feel during my routine trips. As an added bonus, the engine delivered plenty of punch when merging onto highways. Unfortunately, the complete drivetrain experience wasn’t as sweet. The new 9-speed transmission seemed to occasionally shuffle between gears when navigating busier and varying levels of traffic. Despite early growing pains, this new, little Jeep adapted to the city lifestyle without fuss. But how did its temperament change when met with snow covered dirt trails?

It’s reassuring to announce that the Cherokee wasn’t fazed by the Michigan back trails found nearby. Admittedly, I didn’t and couldn’t push it through Moab levels of difficulty but I tried my best to roll through the biggest challenges scattered along the trails. Unsurprisingly, dedicated A/T tires helped to crawl over most muddy hills but the adaption of the four wheel drive worked as expected. Without upgrading to the Wrangler, the level of off-road capabilities offered by this Jeep will prove more than capable for those owners that seek mild weekend backwoods adventures. It’s certainly more trail worthy than its predecessors, the Patriot or Liberty. The farther I drove the Cherokee the more its inherent character shown through the mud covered exterior.

Overall, the Cherokee proved to be a surprisingly capable and enjoyable SUV. I chose to label it as such because the crossover descriptor didn’t seem to capture the true off-road nature of this vehicle. When pairing the driving impressions with the interior comforts and infotainment system quality we’ve come to expect in Chrysler products, it’s easier to see how the Cherokee is out-classing its competitors in most every category. Despite the largest departure from the iconic Jeep grille, I’ve grown to admire the Cherokee design and its bold approach at redefining the theme of crossovers and small-scale SUVs. It’s certainly a vehicle that deserves consideration by any individual interested in city and off-road driving.