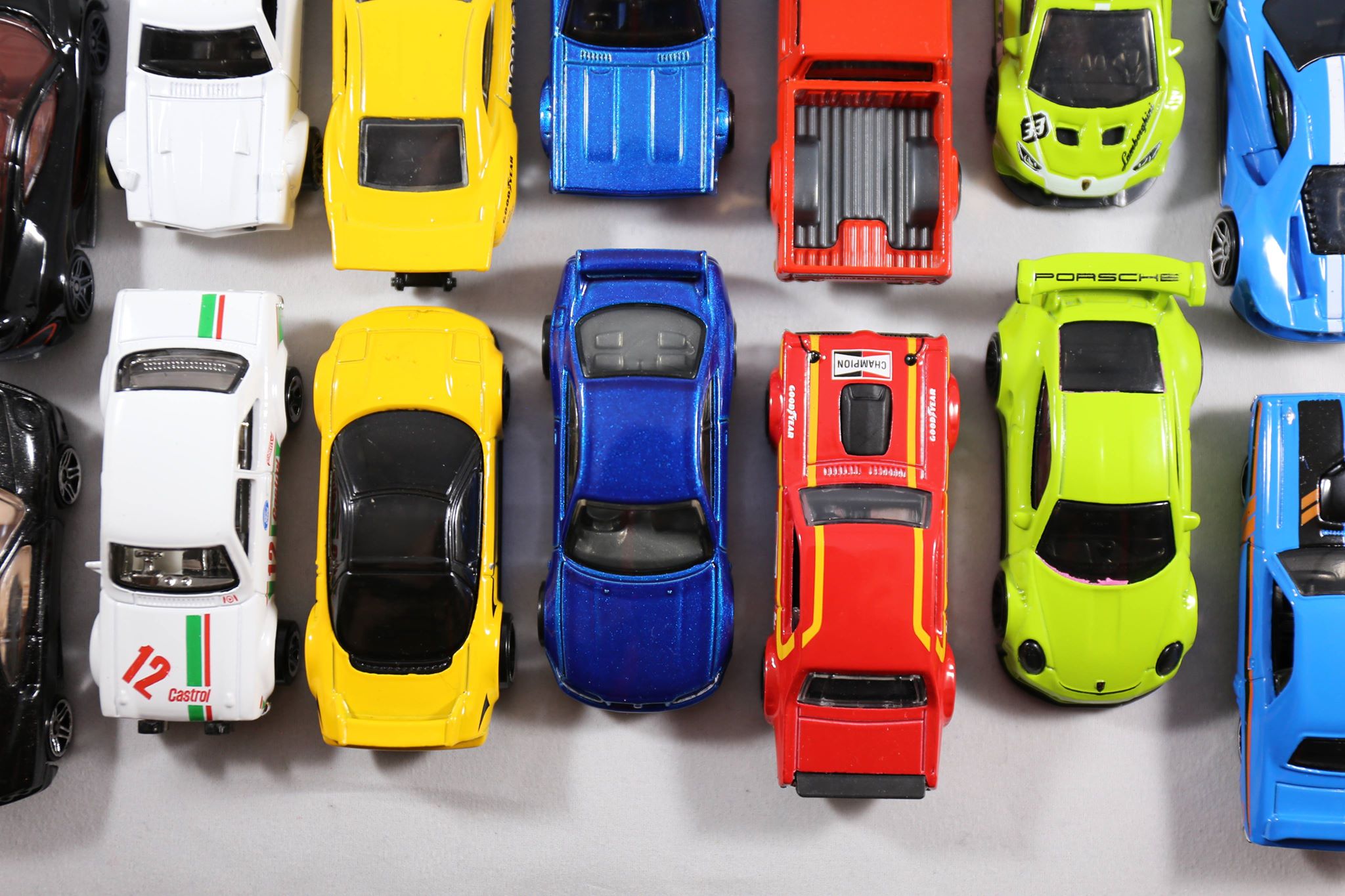 Hot Wheels have long stopped being just miniature toys. The die-cast cars not only possess all the signature attributes that turn fans into collectors – boundless diversity, exquisite details, and historically significant characteristics, but something else as well, something that turns Hot Wheels collectors into members of a cultural movement, borderline family.

Who are the collectors

Despite Hot Wheels becoming the cultural phenomenon that it is, the popularity of any brand with five decades of history is bound to eventually reach a plateau.

“For the first 15 years, I just did my job, and no one cared,” Larry Wood, Hot Wheels head designer of many years, tells Car and Driver. “Sales went up. Sales went down.”

But then, something changed.

“Then, about 20 years in, the kids who’d bought the original cars started to become dads, and these dads started buying the cars for their kids, and things just went through the roof,” Wood continues.

This is the motivation behind a fair portion of Robb Bellon’s collection. A father from Missouri, How Wheels drives him and his son to “conventions and Hot Wheels car shows monthly”, as well as closer to each other and other people who share both their passion and family-related lifestyle.

“Gives me a chance to bond with other single fathers. Bring our children… It’s mostly dads and their kids,” Robb explains.

But as much as Hot Wheels may fuel Robb’s relationship with his son, it wasn’t fatherhood that started his collection, but the nostalgia for his own childhood.

“Mostly, I collect because it reminds me of my childhood,” he explains. “Back in 1995 Treasure Hunts came out and I could never find one. Eventually, when I started making more money with my job, I started to go after them just because I couldn’t find them when I was younger.”

Not only can collectors ride Hot Wheels down memory lane, but also extend it with memories which were once only dreams. Collecting is a chance for a wholehearted: “This one is for my younger self.”

An Expression of Individuality

With their overwhelming diversity, the Hot Wheels cars offer a means of self-expression that constitutes perhaps the most frequently recurring theme among any type of collection. While manifesting your individuality in real cars might come at a certain price, Hot Wheels collectors can generally do it for far less. Unless they’re after some extremely rare gem, all they need is some knowledge, time, and drive. Some Hot Wheels collectors go after special, limited series and editions, like the coveted Treasure Hunts series. Others can create their own series, collecting the miniature versions of their dream cars.

Robb likes to do both.

“Mine [my collection] definitely reflects my individuality. I do tend to collect Hot Wheels versions of cars that I really like. Like Exotics. Ferraris. Lamborghinis. I mainly collect the Treasure Hunt Hot Wheels,” he says.

And then there are those really, really rare Hot Wheels which can cost more than actual cars. They are usually one-or-very-few-of-a-kind. Sometimes, only a tiny difference separates them from another, much less valuable die-cast car, yet to Hot Wheels collectors, this tiny difference makes all the difference. For example, only the very first 16 Hot Wheels cars that came out in 1968 had redline wheels, and even the most exact replicas without those red lines wouldn’t be worth much in an expert’s eyes. It’s not the aesthetics of the design what many Hot Wheels collectors are primarily after – it’s the historic period of Hot Wheels and sometimes even the U.S. that the design was born out of. A rare die-cast car is like a unique photo of an era Hot Wheels collectors might have never even experienced.

For many, the Hot Wheels cars might be the ultimate collectible items – they carry so much personal and collective history within such little space. And not just any space, but the boiled-down outer and engineering beauty of real cars.

Funnily enough, perhaps some of the people who own the actual cars don’t cherish them half as much as Hot Wheels collectors treasure their die-cast versions. And this is what collecting is all about. This, and passing the collection and passion on to a loved one.