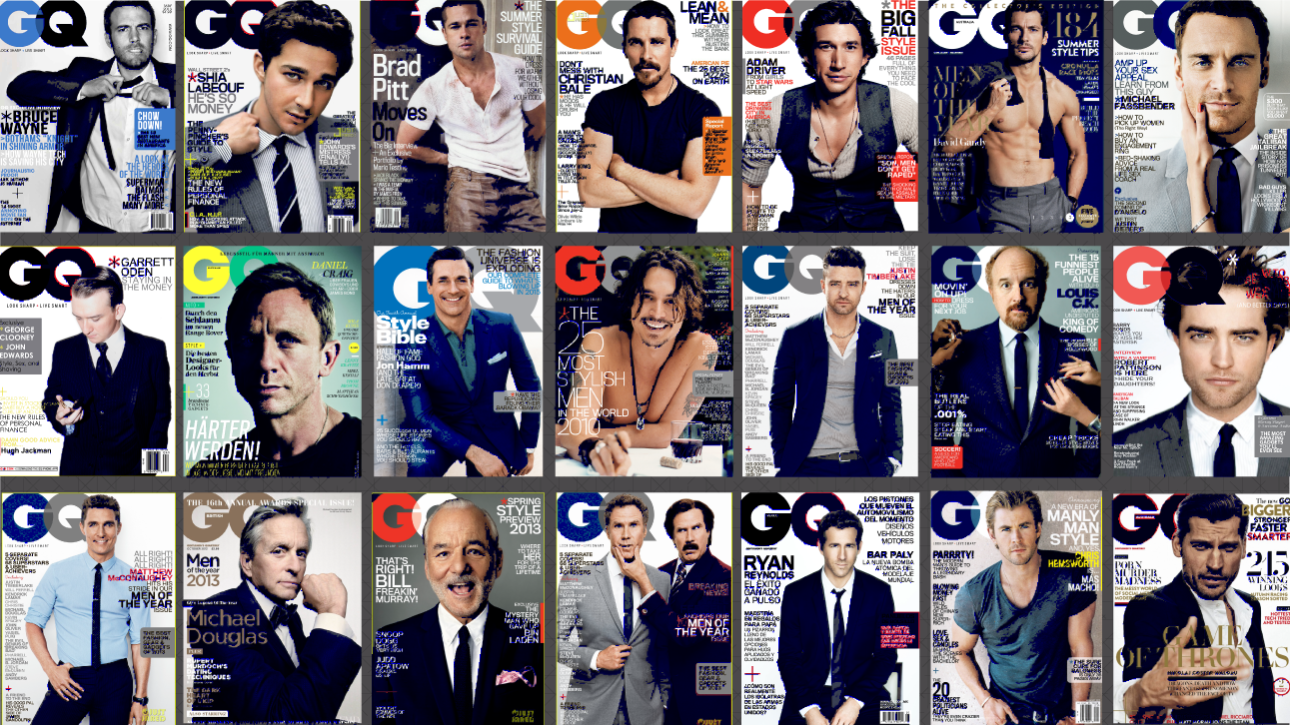 Gentleman’s Quarterly is a Sham

Gentleman’s Quarterly Magazine, more simply known as GQ, is an institution. Having steered the American – and increasingly international – male fashion consciousness for 87 years, it has broken major stories, made Hollywood careers, and set the tone for looking good in a western society. Truly, GQ is a storied publication. But that narrative has changed in the last decade or two, and the magazine has become a rambling, nonsensical version of it’s former self.

At this moment GQ has hitched it’s proverbial wagon to The Aspirational Lifestyle, to fashion over style, and to banal advertorials instead of unique journalism. It is no longer about being a gentleman, improving yourself, purchasing quality, and in-depth journalism. To put a fine point on it, Gentleman’s Quarterly has become unreadable.

Pick up last month’s issue, I challenge you. In it, you’ll find exactly what kind of body you’re supposed to be coveting, how to be high in front of your kids, and thorough breakdown of Brendan Fraser’s Hollywood comeback. Seriously. You’ll also find the first ¼ of the magazine dedicated to advertisements, and thinly veiled ads in the rest of the magazine. Going through, page by page and adding up their recommended looks, you’ll need at least $103,293 to live the lifestyle they are advocating. That’s in one month’s magazine, and they come out with 12 of these a year. So if you have $1,239,516 in discretionary income every year, this is the paperback for you.

Aspirational publications are fine. Magazines for the 1% are fine. Avant-garde fashion is fine. But by concentrating on any one of these, and especially by trying to be all three, GQ necessarily loses the ability to continue claiming that they set the male agenda for a majority. They lose moral ground on which they can claim to understand how the modern male dresses, thinks, and lives.

In their effort to fill their pages with enough new advertisers and items for you to buy, they have completely detached themselves from timeless style, opting instead to live firmly with and only with fashion’s fickle trends. The term “GQ” continues to be a by-word for style, but that has not been reflected in their pages for a generation now. Instead, the publishers are pushing an unattainable or frankly ridiculous vision of what the modern man should wear, consume, and have opinions on. But they have no stake in what you actually wear, just what their advertisers want to push are paying them to advocate.

GQ has been out of touch for a while now. They completely missed the emergence of hipster fashion until it was coopted by the likes of Gucci, Ferragamo, and rag & bone 2 years later. The same goes for athleisure. And street wear. By definition, they are not setting trends but following them. Another, much larger trend they are being willfully blind to is the fact that clothing purchases as a share of consumer spending are way down in US – 20% down. That’s Armageddon for GQ’s advertisers. It’s little wonder that we’re seeing a push from fashion houses to have Quarterly advocate for them – what we’re seeing are desperate gasps in the form of massive amounts of advertising dollars. If F24 was GQ, it’d be hard to turn down that money. I get it. But it’s still the wrong decision.

So we’re left with an out-of-touch magazine advocating an aspirational lifestyle to a market that no longer aspires to the same things. Indeed, “things” are out, and experiences are in. So what is a modern gentleman to do? Reject GQ and it’s unoriginal consumerism. See the magazine for the pusher of expensive brands that it is. This isn’t Gentleman’s Quarterly, it’s Italian Fashion Houses monthly. Here’s an idea, make your own style. You know who you are. You know what you like. You don’t need a glossy paperback to tell you what’s cool. You’re cool. Buy stuff you wanna buy, and wear it with confidence. Life will follow.

Boxer briefs or boxers? We break down this hotly contested debated on one of our most popular articles.