Growing up in Houston, Texas, spotting an exotic car in the wild was a rare occurrence. My first sighting was a yellow Ferrari F355, and many years later, I’d get passed at night on the highway by a black Lamborghini Diablo going well over 100 mph. Other than that, it was slim pickings.

When I finally moved to Los Angeles, it was impossible to not see an exotic car on the road. Finding the latest Ferrari, Lamborghini, or even a million dollar Bugatti Veyron parked on a street meter was completely normal — it was just another day, especially if I was in an upscale part of town like Beverly Hills.

It got to a point where my girlfriend and I play a game called “Punch Bentley” (much like the childhood favorite “Slug Bug”) because we saw way more Bentleys than Volkswagen Beetles — they’re the grocery-getters for the wealthy.

And while some may scoff at this lavish display of wealth, for a car lover, it’s paradise.

There’s never a shortage of exotic cars to be found, especially when there are numerous weekend gatherings around the greater Los Angeles area — Cars & Coffee, Supercar Sunday, and Piazza GranTurismo are a few of the popular ones.

The downside (for me, at least) is that these weekly/monthly car shows are usually about an hour drive outside of L.A., and with a start time of 7 a.m. on a Saturday or Sunday, I usually find myself opting for more sleep.

Thankfully, a new meet has popped up in my backyard called Saturday Shift, hosted by Ferrari South Bay. Taking place at the east parking lot of the newly-renovated Del Amo Fashion Center on the third Saturday of every month, this all-inclusive show-and-tell has already attracted some rare cars like a Euro-spec Ferrari F12tdf and a Porsche Carrera GT.

Hopefully, Saturday Shift continues to become more popular, bringing exclusive and interesting cars to the beach cities for all to enjoy. The next meet-up is scheduled for May 20, 2017.  Tell your friends!

Check out a photo gallery from this weekend’s gathering! 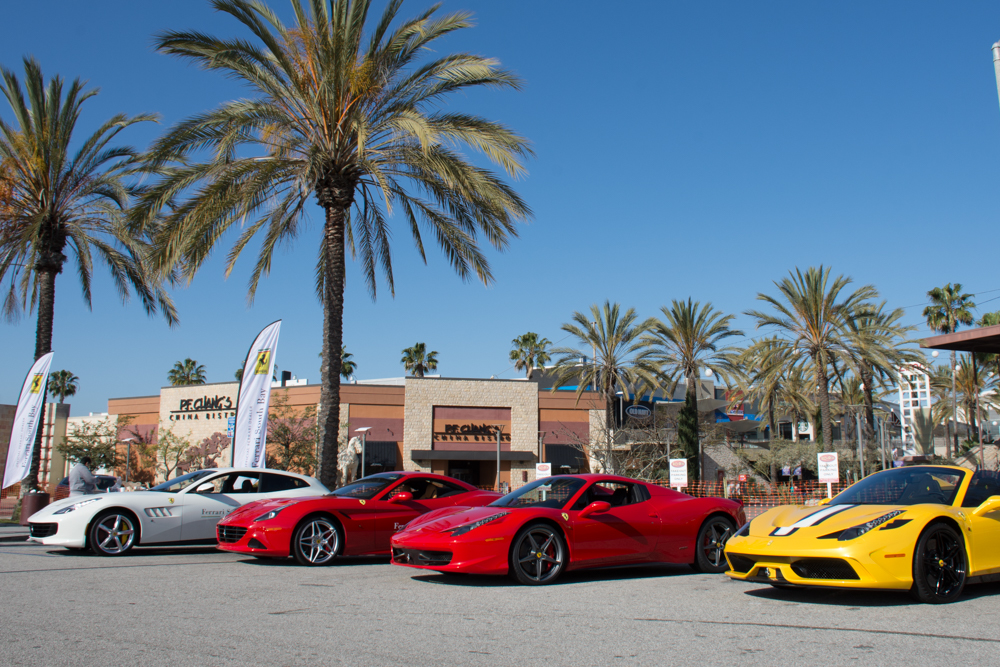