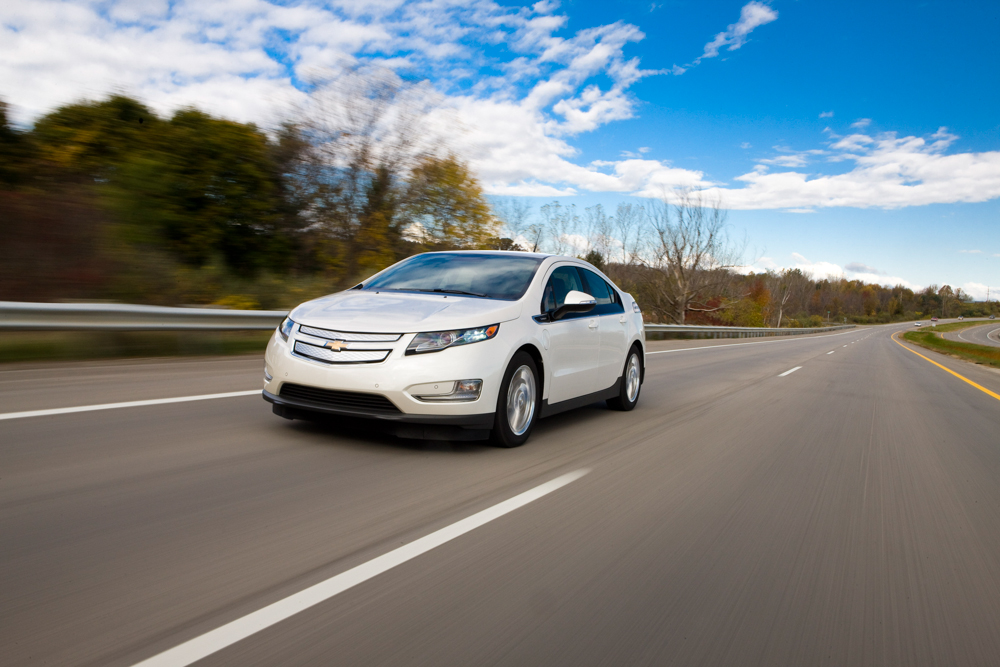 Delivering Different With The Chevy Volt

I love the alternative fuel movement hitting the streets in the shapes of new cars, especially as manufacturers are thinking outside the box of normal to deliver truly different and forward thinking rides to help offset our love of oil.  Granted, not all of them have been my favorite, as some have accused me of being too vocal against the Prius, but there have been other rides that have caught my eye and really impressed me.  From the Nissan Leaf to the Tesla Roadster, I find myself leaning towards pure battery powered rides, meaning mixed powered vehicles tend to appeal to me less within the eco-category.  But I think the 2014 Chevrolet Volt really is one of the few I would consider buying for myself.

Before I get started, I am still hesitant on battery technology in vehicles.  The manufacturing and after-life of the components worries me a bit, and while there are companies seeking to improve it, I feel that we as a buying public should have a full understanding of the full process and life of these vehicles.  Some companies, such as Nissan, are working on technology to reuse their batteries in local municipalities, while others such as Tesla are looking at new recycling techniques.  This gives me hope, but in the end, I tend to lean towards efficient motors such as the TDI technology from Volkswagen and Audi as a great sign to a fuel efficient future.

But let’s look beyond my bias as the Volt has made a fan out of me.  From the sleek styling to the well appointed interior, technology integration to the drive technology, it is one of the most well thought-out hybrids in my opinion.  With the electric motor powering the vehicle for 40 or so miles, I never once had to switch over the gas mode in the ending as I was able to charge up at most the locations I visited around Denver.  With enough get-up-and-go to keep up on the highways as well, I never felt like I was driving a battery laden car.  Instead, it handled more like the electric go-carts at the local track, with a great amount of torque taking the vehicle up to speed.  It was a joy to drive and made me think that maybe, just maybe, I could add it to my garage to offset the V10 diesel Touareg I used as a daily.  Granted, if I had a family or had to carry my dog around more, this would not be the ride for me.  The back seats have little to no legroom when I am in my driving position, and with the center console bulge in the middle, my dog cannot lay down as he normally would in most other vehicles.  But these things aside, it’s impressive enough to warrant a solid second look from anyone looking to buy a hybrid vehicle.

Truly, I think the Chevy Volt does something more than bring faith to the hybrid vehicle market.  For me, as I look at the amazing technology in this car, from the touch sensitive buttons or the large display featuring just about every bit of information you could ever want or need, I see the future of Chevrolet at the rest of the GM brands.  It’s a proof of concept that even well priced vehicles can have great technology, interior designs, and futuristic features.  And by showing that eco-friendly can be classy, futuristic, and fun, I cannot imagine why GM would not be looking to bring these kinds of updates to other affordable vehicles in the near future.