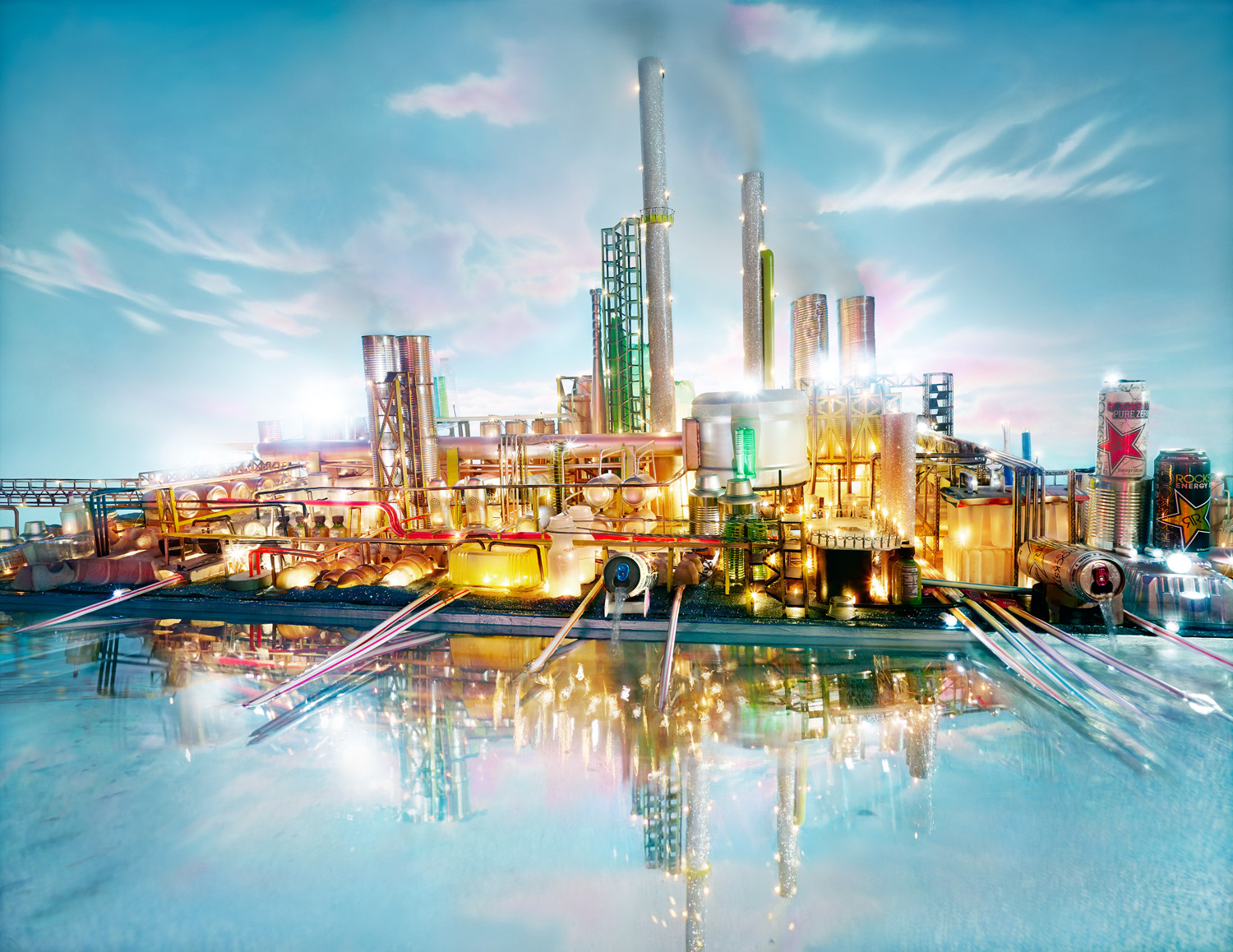 You may know David LaChapelle’s name from having shot the 2013 Kardashian family Christmas card. However, if that is where you know him from you may want to re-evaluate some life choices since it’s a lonely world for a man that can spout-out that fact as quickly as he can tell you what day it is, Monday. Though many still don’t know him by name or his art, the latter you’ve undoubtedly seen. From his controversial Rolling Stone cover depicting Kanye as Jesus to countless other covers and celebrity portraits and his feature length documentary Rize to numerous music videos including, a personal favorite, Christina Aguilera’s “Dirrty” video you’ve most likely seen his work.

Most recently LaChapelle was back in the spotlight with LAND SCAPE, an exhibition of new photographs to run through March 1st at New York’s Paul Kasmin Gallery. The exhibition kicked off Friday, January 17th to a packed house of fans, friends, former models of his and last but not least, LaChapelle himself. Though under the LAND SCAPE moniker the exhibit features two themes: Refineries and Gas Stations. While both feature the vibrant color characteristic of a LaChapelle picture it’s the size of the photos that first stands out to you. With the average height of the pieces around five feet they required you to stand further than the crowd would allow to take them all in, but up close you could see the reasoning for the scale: the use of household items. Refineries featured energy drinks, batteries, old cellphones and so on, all of which would be lost in a piece of a lesser scale. 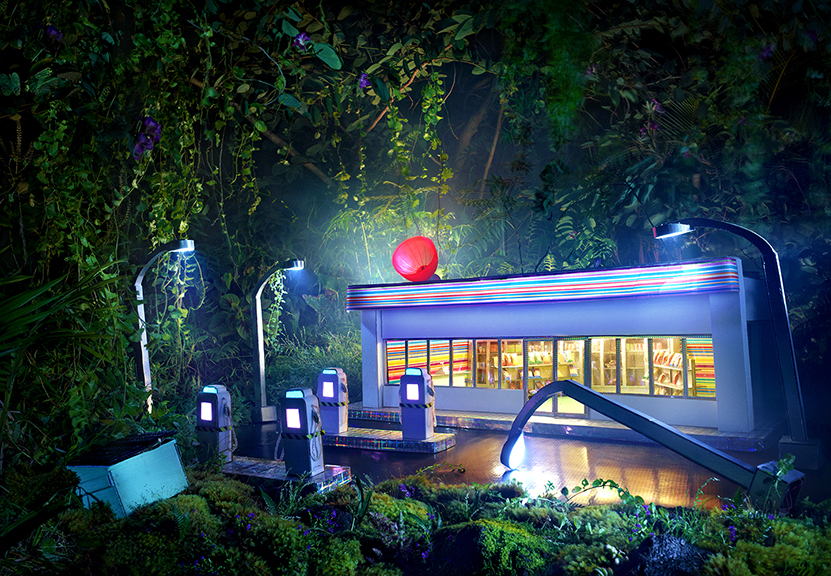 Putting the surface elements aside, the pieces’ narratives begin to become apparent. Refineries with the use of everyday items in a sense pays tribute to the what makes these products possible, but at the same time smoke and recycling of materials make you aware to the waste associated with refineries and these products. Similarly, Gas Stations places the gas stations amongst nature which gives us the fuel we need, but also shows nature overtaking it depicting its ability to both create and destroy. LaChapelle clearly has a unique voice and strong beliefs and LAND SCAPE is a refreshing exhibit that features both those away from the world of celebrity which helped shape his career.