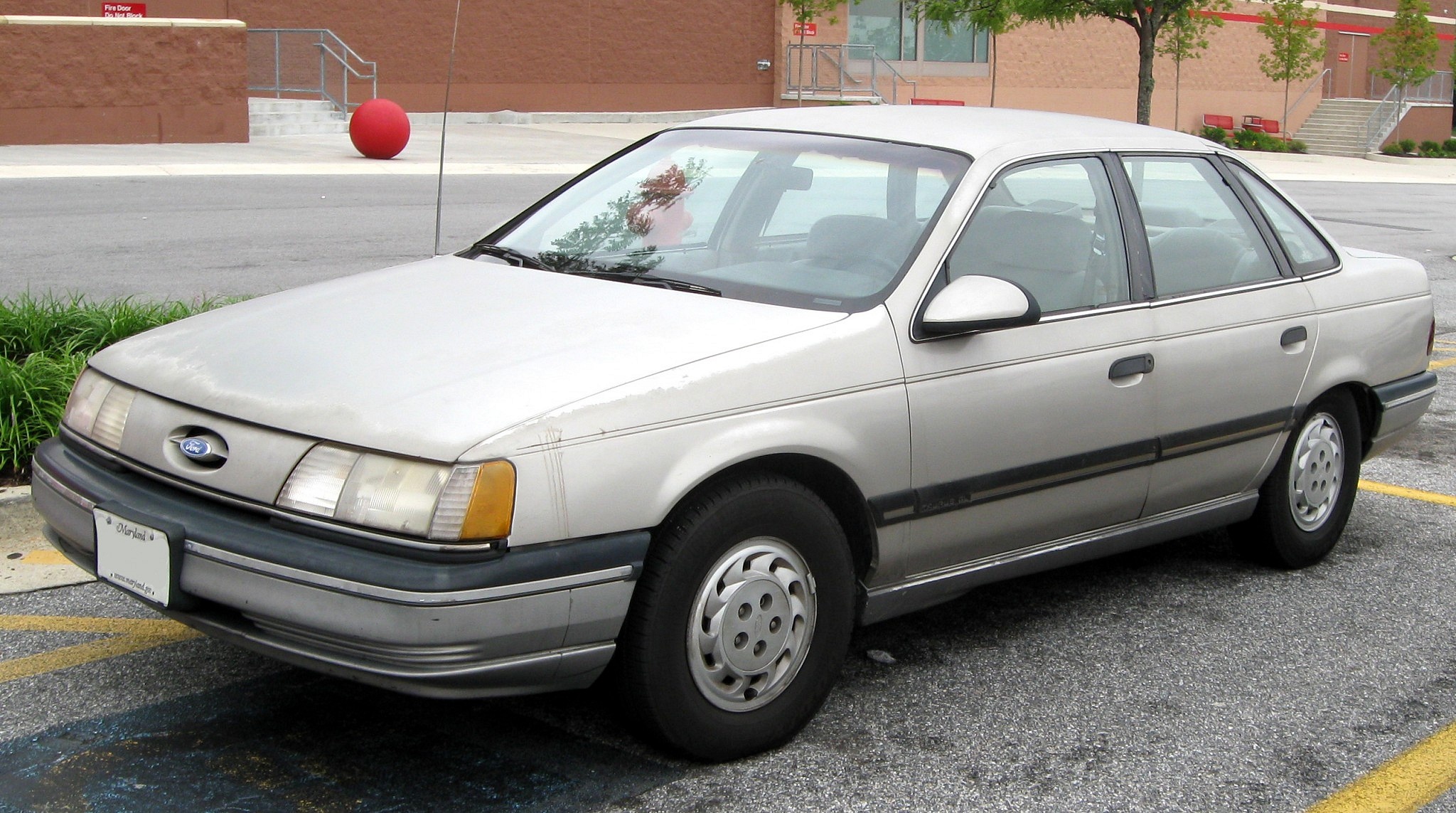 Hello, my name is James, and I’m here to tell you about a car I have a profound and unlikely admiration for. It’s the most radical car Detroit ever produced in the 80’s, and it’s probably not any of the cars you’re picturing in your head. I’m talking about the first generation Ford Taurus. It was a trendsetter that shaped what family-sedans would be for the next quarter century.

I know what you’re thinking. It’s a boring front-wheel drive jellybean from (and for) middle-America. It looks like every other boring, front-wheel drive sedan. It hardly stands out. It could just as easily wear a Chevy badge, or the Chrysler Pentastar. Or even a badge from Japan.

However, that sentiment ignores that the Taurus got there first.  It dared to stand apart from the 80’s crowd of anonymous boxes. It had curves.  It had no traditional grille – it fed air into the engine bay primarily from the bottom of the front bumper. The front and rear bumpers stuck close to the body – rather than posing as chrome beams hung from either end of the car. The headlights were flush with the body, and even the interior took a radical step towards modern ergonomic standards. Rather than scattering controls across the dashboard, everything was placed in a way that would be quickly reachable to the driver – and easily identifiable.

Look at the Taurus’ domestic competition at its launch in 1985. Over in the Chrysler stable you had the K-car derived Dodge 600. Its sole nod to modernity was front-wheel drive. It was still a box on the outside – four square headlights in their boxy little holes flanking a rectilinear grille that was more mechanical tradition than actual function. It wasn’t until the release of the Intrepid  in 1993 that Chrysler finally started buying what Ford designs were selling to consumers by the truckload.

General Motors was not much better. In the midsize category you had the A-body cars such as the Chevrolet Celebrity and Pontiac 6000. They also dared to be front-wheel drive. That’s the only thing you could call daring in the GM designs. My grandmother had a Celebrity wagon. I distinctly remember knowing it was a bit sad even before I could count to ten on all my fingers.

Even the Japanese – who would come to be known for brutally aerodynamic anon-O-boxes in the 90’s – were peddling boxes. They were just better built ones. A 1980’s Camry or Accord is a study in straight lines and crisp angles. They look starched.

Needless to say, when the Taurus came along, feathers were ruffled. Consumers seemed to see what Ford was getting at, though. They bought them in droves. It was this very success that sealed the Taurus’ long slide into anonymity though. Even on their heels, the competition weren’t going to let Ford run away with the Taurus like they had with the original Mustang. Within five years the boxes were gone, and aerodynamic jellybeans were in. GM unleashed the Lumina, and Chrysler was working on the cab-forward wedge that was to become the Intrepid. By 1989, Honda had sanded the edges off the Accord, and Toyota was giving the Camry a Taurus-like form-fitting skin.

Within a decade, the Taurus was just another jellybean in the mid-size sedan candy jar. Ford would wait until 1996 for another dramatic Taurus, but lightning was not to strike twice, and Ford has so far shied away from the sort of daring Taurus design that distinguished the original. Perhaps they were too busy looking into their crystal ball and coming up with the Explorer. That’s a story for another time.