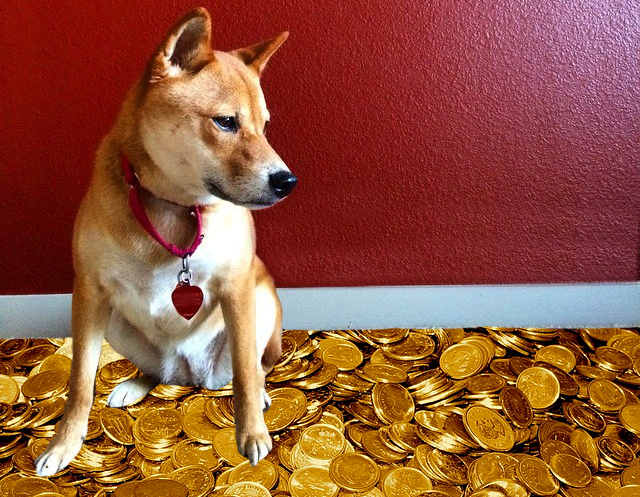 Technology is a necessity of the modern man. Whether for communication, finance, entertainment or even memes, the internet is there for us. In the past couple of years, cryptocurrency or ‘magic internet money’ has come to surface. The first, and major, online currency Bitcoin made it to the papers when the exchange for 1 bitcoin hit a 1000 USD. Apart from making a lot of Bitcoin owners millionaires, this inspired the birth of a whole new lot of alternate cryptocurrencies.

Bitcoin remains to be the flagship of all internet currencies, though it has a reputation for being the currency in use for the buying and selling of drugs, weapons and a couple of illegal services off the Darknet. There are other cryptocurrencies out there on the internet, doing much more interesting things with their power. There exists this one cryptocurrency that has been on the rise since its conception in December 2013. Made popular through its Reddit community, its fun loving, generous and silly nature. Let me introduce you to the Dogecoin.

Doge was originally an internet meme. It was the silly image of a Japanese dog breed, a Shiba Inu. Jackson Palmer and Billy Markus founders of Dogecoin intentionally named their coin after the Doge and used the dog meme as the face of their currency. The coin started out as a joke, but something fun and silly about it made it unique over its competitor currencies.

Its Reddit community, r/Dogecoin, to which it owes most of its success is an equally fun and silly place to be. I discovered the subreddit, r/Dogecoin early this year. It has a fun tipping system where online users can tip Dogecoin to each other in comments. Now even Twitter and Twitch accept the Dogecoin tipping system. Dogecoin, through its little online community, has accomplished quite a lot in its first year. It managed to sponsor its own NASCAR car, provided funds to send a Jamaican bobsled team to the Winter Olympics and even has raised $30,000 for the building of a well in Kenya.

If you’re not using all your dogecoin towards a charitable cause, you may want to spend it on some real classy stuff online. There is a whole range of unusual things you can buy with your currency, from seeds to postcards, hot sauce and even limo services in San Jose. Offline, in the real world, Dogecoin can be used at certain shops and restaurants. California, after it legalized Dogecoin, has seen a number of small businesses and restaurants popping up and accepting Dogecoin along with Bitcoin.

This week, Dogecoin celebrates its first birthday. It is rumored that it will be suiting up and getting ready to be more professional for the big world. What will Dogecoin’s next big thing be? Only time can tell. So until then, get yourself some cryptocurrency and start tipping. After all, it is the currency for the modern man.